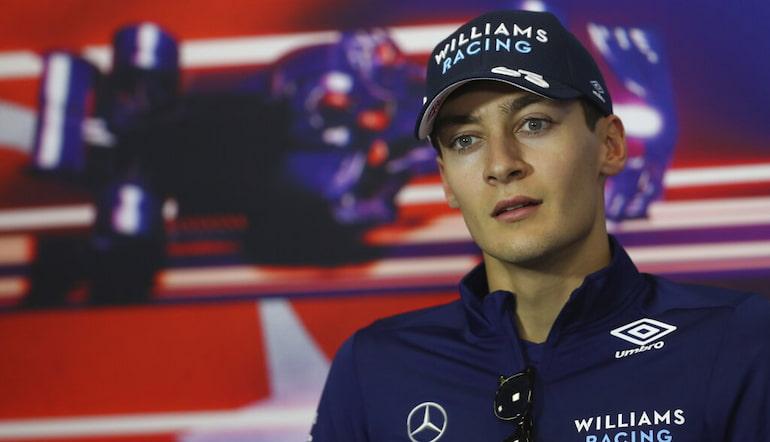 Despite spending most of his time at the back of the grid with Williams, those who often place Formula 1 bets will be well aware of George Russell’s talent.

GP3 and Formula 2 champion in consecutive years before making it to Formula One, Russell has managed to impress even in a Williams which was seldom competitive.

He’s had the luxury of arriving in the sport alongside some close friends, and with an obvious path to the dream drive at Mercedes.

It was midway through the 2021 season that Russell’s future was confirmed, and he made his second Mercedes debut at the 2022 Bahrain Grand Prix.

Russell is no longer a theoretical race winner or champion. He is a legitimate betting option in 2022, and he will go through the trials and tribulations that come with that added pressure.

George Russell net worth is estimated to be between £1 million and £5 million by most sources.

Russell is only beginning his fourth Formula One season in 2022, and his earnings so far are dwarfed by those of Lewis Hamilton, Max Verstappen, Sebastian Vettel and others.

While he has been touted as a potential world champion for several years, Russell is yet to enjoy success on that track that would lead to earning tens of millions per year.

According to GQ, Russell’s salary is £3.8 million in 2022. Not many will be feeling sympathetic to someone earning such a massive amount, yet Russell is in the bottom half of Formula One driver salaries this season, tied with Pierre Gasly and Esteban Ocon.

Only Yuki Tsunoda and the Williams and Haas drivers are earning less than Russell. The salaries of Alex Albon and Nicholas Latifi show that Russell was on a minute salary by F1 standards at his former team, too.

Of course, there are means for Russell to supplement his salary. Endorsement opportunities are plentiful for any driver featuring in F1 betting tips – Russell has already been associated with Puma, Alpinestars, Bell Helmets and several other companies.

Born to father Steve and mother Alison in King’s Lynn, Russell is the youngest of three children and he was in a kart for the first time at the age of seven.

While he grew up in Cambridgeshire, Russell moved to Milton Keynes at 18 years old to be closer to his racing teams.

Russell’s girlfriend is Carmen Mundt, who works for an investment firm in the UK. Mundt and Russell have been seen together at races since 2020, but the former Williams driver has made an effort to keep their relationship out of the public eye. 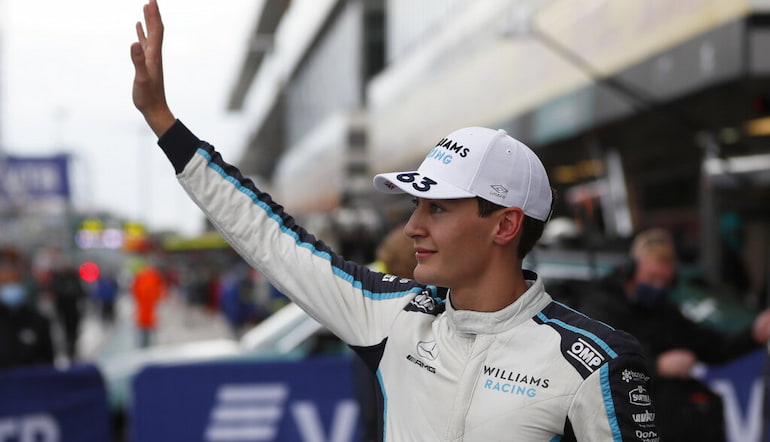 Neither have posted many images together on social media, with Mundt even making her accounts private.

The closest insight fans have had of their life together came from a Nicholas Latifi post in August 2021, showing Russell, Mundt, Latifi and his partner holidaying together in Greece.

It’s no surprise that Russell has kept his relationship away from media attention, but that could be hard work now he’s stepped into the spotlight at Mercedes. The tabloids are always keen to get the latest stories on all of the British F1 drivers.

George Russell stands at 1.85 metres, making him the joint-third tallest driver on the 2022 grid.

Only Alex Albon and Esteban Ocon are taller than Russell, with the Williams and Alpine drivers measuring in at 1.86m. Nicholas Latifi, Russell’s former teammate, is also 1.85m.

Despite being among the tallest this season, there are still four drivers who weigh more than Russell, including his 2022 teammate, Lewis Hamilton.

Russell weighs in at 70 kilograms, the same as Lance Stroll and Pierre Gasly. Max Verstappen, Latifi and Albon all weight 72 kilograms or more.

George Russell was given a surprise chance in the dominant Mercedes for the 2020 Sakhir Grand Prix. Filling in for Lewis Hamilton, it was an opportunity for Russell to prove what he could do in the Silver Arrows and pit himself against Valtteri Bottas.

The King’s Lynn native shone in qualifying, missing out on pole by just 26 milliseconds. He impressed in the race itself, and led for the majority.

When heading in for a routine pitstop under a safety car with 20 laps to go, however, disaster struck for Mercedes and Russell when they fitted Bottas’ tyres to Russell’s car.

This unusual error forced Russell to pit again on the following lap to put the correct tyres on. What looked like a sure fire maiden win became chaos.

While pushing hard late in the race, Russell suffered a slow puncture with 10 laps remaining and had to pit yet again. He ultimately finished ninth, securing the first points of his Formula One career, but that was scant consolation.

The drive was brilliant from Russell. He was visibly emotional after the race, but there’s no doubt he seized the opportunity in Hamilton’s absence.

Speaking to media after the chequered flag, Russell was bitterly disappointed. 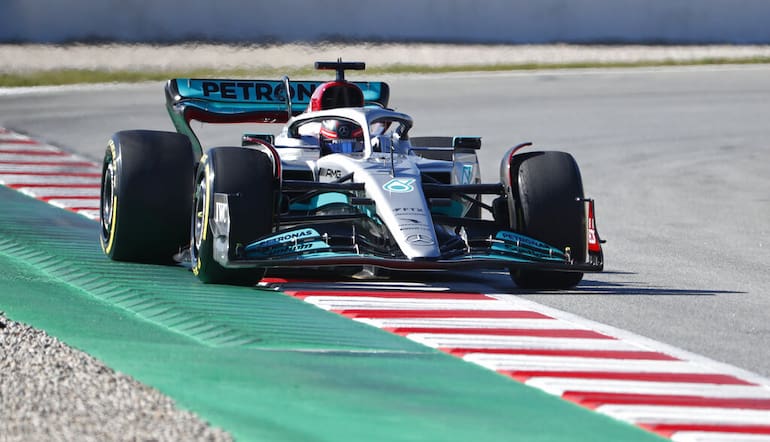 He said, "I can't really put it into words to be honest. Jumping out of the car... it wasn't a nice feeling.

"I've had races where I've had victories taken away from me, but twice? I just couldn't believe it.

"I gave it everything I had. I was managing the race at the start, I felt confident, comfortable, managing the gap to Valtteri. Then obviously we had the muddle up in the pit-stop, that put us on the back foot, I had to overtake.

"I think we still could have caught Sergio, we had such a tyre advantage, the car was so quick. Gutted."

Luckily, Russell was still able to find the positive from a wild weekend with Mercedes.

"We learn from these things. It was an incredibly late call to pit, the Safety Car came out seconds before I came in. Obviously we got the tyres muddled up. Silver lining, I guess I got my first points in F1!"