10 Famous Moments At The Open Championship

The Open Championship has a long and rich history but what are the 10 greatest moments in the history of golf’s major event? 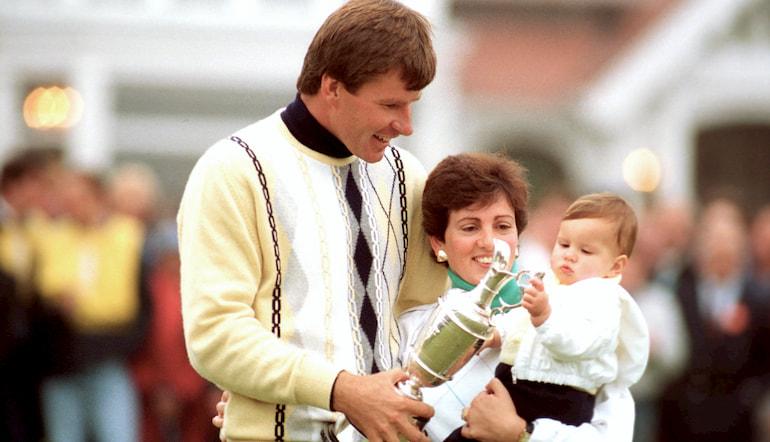 The Open Championship is the oldest golf competition in the world and it is widely regarded as the most prestigious of the four golf majors.

First held in 1860, the Open Championship originally took place at Prestwick Golf Club but there is now a specific rotation of courses.

With the 2020 Open Championship cancelled, British golf fans will have to wait until 2021 for their major fix.

Golf fans will flock to Royal St George’s in Kent in 2021 and punters can follow golf betting tips in the build up to the tournament. Ahead of the 2021 Open Championship, we look back at 10 of the most famous British Open memories.

Undoubtedly the greatest ever amateur, Jones entered the Open Championship in 1930 shortly after winning the British Amateur event. At the time, this was one of golf’s four major championships along with The Open, the U.S. Open and the U.S. Amateur.

Jones played some scintillating golf on the final day to secure a two-shot victory. Back then, the format was different to the modern Open Championship and he had to sit and watch his rivals finish their round. Luckily for Jones, nobody could catch him.

It looked like Hogan’s golf career was over after he was involved in a life-threatening crash in 1949 but he completed a miraculous recovery and found himself competing on the big stage just four years later.

Hogan completed the ‘Hogan Slam’ in 1953, winning five of the six tournaments he entered – including three major titles. Unfortunately, he was unable to enter the PGA Championship which denied him the chance to record a Grand Slam.

In his first ever appearance at The Open, Hogan defied the golf betting odds to shoot a course record 68 on the final day to secure the win. To this day, the narrow left side of the fairway at Carnoustie is known as Hogan’s Alley.

The ‘Duel in the Sun’ is a battle of two fantastic champions that will live long in the memory. Nicklaus had two Open Championship titles and Watson had one when the two clashed at Turnberry in 1977.

The chasing pack had no chance as both men shot 65 in the third round to distance themselves from the rest of the field. Ahead of play on Sunday, it was a two horse race for the Open Championship crown.

Watson and Nicklaus had a quick discussion on the 16th hole, with both men respecting one another ahead of the business end of the tournament. Nicklaus made an error at the 17th and couldn’t make amends on the final hole as Watson claimed his second Open title.

One of golf’s most iconic figures, Seve is a legend of the sport. You couldn’t make it through a list of the greatest Open Championship moments without mentioning that jig on the 18th green in 1984.

When the ‘People’s Champion’ holed that 15-footer at the last, the delight was clear for all to see. Seve was overjoyed, jumping up and down on the spot while punching the air – and the fans in attendance were equally as thrilled.

Fans betting on golf around the world have had their Seve Ballesteros moment at their local course and his celebration is synonymous with St Andrews. It was a fantastic moment for one of golf’s good buys and he is sorely missed following his tragic death in 2011.

Who remembers that bright yellow sweater? Yes, that’s right – Faldo won the 1987 Open Championship while donning an ‘interesting’ yellow jumper. However, that isn’t the only reason for his inclusion on this list of memorable British Open moments.

Faldo was a pillar of consistency in the final round, recording 18 pars to secure a one-shot victory over Paul Azinger and Rodger Davis. While some criticised Faldo for adopting such a boring strategy, he dismissed those claims and stated that he ‘did what he had to do’.

Most importantly, Faldo had secured the first of his six major titles with a very professional performance that the likes of Tiger Woods and Jack Nicklaus would have been proud of.

John Daly was sitting pretty in the clubhouse with a one shot lead as Rocca lined up to try a 60 foot putt to tie for the lead. The Open Championship betting odds on the Italian landing the putt were slim but he holed the shot to send the St Andrews crowd wild.

Daly couldn’t believe his eyes and quickly had to prepare himself to go back out and face Rocca in a playoff. There was a clear momentum shift and it felt like Rocca was destined to win the Open Championship crown.

However, Daly kept his composure and prevailed in the playoff to win the 1995 British Open title. Italian golf fans had to wait until 2018 for the nation’s first major, with Francesco Molinari winning the 2018 Open event.

Is this the biggest collapse in golf? Well, it certainly ranks alongside Jordan Spieth throwing away a five-stroke lead at the Masters in 2016. In terms of the Open Championship, Van de Velde’s meltdown in 1999 certainly stands out.

Carrying a three-shot lead into the final hole, Van de Velde needed to card a six or less to win the Claret Jug. However, he crumbled under pressure – opening with a terrible tee shot before ending up in the rough.

It went from bad to worse for the Frenchman as he ended up in the water. Van de Velde scored a seven on the whole and went on to lose the playoff to Paul Lawrie. That was the closest Van de Velde ever came to winning a golf major.

Nobody knew how Woods was going to fare – it could easily have gone either way. But he produced one of his most masterful performances, missing just three shots all week. There were tears on the 18th green as he dedicated the victory to his late father.

Thirteen years later, Woods claimed his 15th major title and the American was overcome with emotion once again. This time, it was because his children were there to witness him winning a major title and Woods will have one eye on Nicklaus’ record of 18 major titles.

Nobody expected Clarke to win the 2011 British Open title. He had won his first European Tour title in almost three years prior to the Open Championship and had never finished in the top 10 of any major event throughout his professional golf career.

However, at his 20th attempt at winning the Claret Jug, it was Clarke’s time to shine at Royal St George’s in 2011. Five years after losing his wife to breast cancer, Clarke dedicated the success to his two children as well as his late wife Heather.

Divine intervention may well have played a part in Clarke’s triumph that year as it was the first time since 1910 where one country outside of the United States had different golfers win consecutive major titles.

Mickelson will go down in history as one of golf’s all-time greats and his triumph at the 2013 Open Championship will live long in the memory with golf fans around the world. He was up against it but Mickelson defied the odds to claim victory.

The American was five shots behind the leader going into the final day but he was optimistic of turning things around. He made a number of fantastic approach shots en route to a five-under round of 66 to capture the third leg of a career Grand Slam.

It was Mickelson’s best final round in his previous 80 major appearances and punters have followed golf tips on the American ever since. Is this the most impressive comeback in Open Championship history? It is certainly right up there.