How much is the former British number one worth? Read our guide to tennis veteran Greg Rusedski's net worth, estimated wealth and life away from the court... 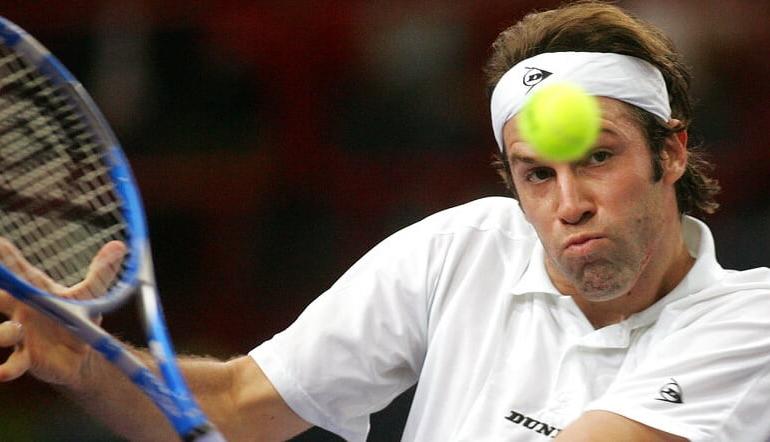 Greg Rusedski was a tennis betting force at his peak.

A former British number one and Grand Slam finalist, Rusedski’s achievements might since have been overshadowed by Andy Murray and Emma Raducanu, but that shouldn’t diminish the impressiveness career.

Since hanging up his tennis whites for the final time in 2007, Rusedski has followed the heavily trodden path from court to studio.

The Canada-born star has been a commentator and pundit for various networks, giving the odd tennis prediction in newspaper columns, too.

Estimates of Greg Rusedski net worth vary, though the majority come in around the $6 million mark.

His $8,944,841 in career prize money clearly makes up a large portion of that wealth, accompanied by his post-playing salaries in the media and various endorsement deals.

Rusedski’s net worth is a long way off Tim Henman net worth. Placed alongside other British tennis stars, Rusedski comes out on top, however, with a net worth over double that of Dan Evans and marginally more than Jamie Murray.

Rusedski’s wife is Lucy Connor. The couple have been married since 1999 after meeting at a youth tournament in which Connor was a ball girl and Rusedski was competing.

In 2020, the couple applied to set up a yoga and wellness retreat in Sussex. Lucy Rusedski was also in the headlines when her handbag was stolen while out for a meal in London.

Born in Montreal to an English mother and a father of Polish and Ukrainian descent, Rusedski was regarded as a starlet in Canada through the 1980s.

Unsurprisingly, it was a bit of a controversial decision in Canada when he opted to represent Great Britain, though Rusedski claimed this for was ‘lifestyle reasons’.

Speaking to the Daily Express in 2015, Rusedski named his family and friends as the number one thing he couldn’t life without.

The former British number one said, “Being a professional tennis player means that you are on the road all the time and although it was exciting it was lonely and I missed my family and friends.

“Now I am retired there is nothing I like more than spending some quality time with loved ones. On Sundays, I enjoy going to the pub for a roast or round to a friend’s house with my children.

"When it’s my turn to cook I make roast lamb with Yorkshire pudding, crispy roasties and honey-roast carrots. It always goes down a treat.”

Far from featuring among the list of the players with the most tennis Grand Slams, Greg Rusedski still made it up to a world ranking of fourth.

He competed in an era with some all-time greats, like Patrick Rafter, Peter Sampras and Goran Ivanišević, yet Rusedski held his own.

Twice reaching fourth in the world (in October 1997 and between May and June in 1998), Rusedski also achieved his two best year-end rankings in those years, finishing sixth in the world in 1997 and ninth in 1998.

Late-1990s and early-2000s British tennis is commonly associated with Tim Henman. Though never a favourite in Wimbledon betting, it was Henman with the hill, and who’s heartbreak is most often recounted.

The gap between Henman and Greg Rusedski was minimal. Henman attracted the spotlight of the British press, and the scrutiny that came with it, but Rusedski had a Grand Slam final appearance to his name and won four more singles titles.

Both had a career-high ranking of fourth in the world, yet Henman was a more reliable performer on the Grand Slam stage.

He reached the quarter-final or better at 10 Slams. Rusedski only reached the last eight twice in his career, one of which was on his way to the US Open final.

Henman had the edge over Rusedski in Davis Cup action. As a doubles partnership they were particularly effective, winning numerous matches.

Although productive, teammates for Great Britain, they weren’t always best of friends away from the court. There was a clear rivalry in the early years, a contrast of personality and style that didn’t always mesh.

In 2008, Rusedski spoke to The Guardian about his relationship with Henman. He said, “It was good to have two players spurring each other on. I think it's always better than just having one. 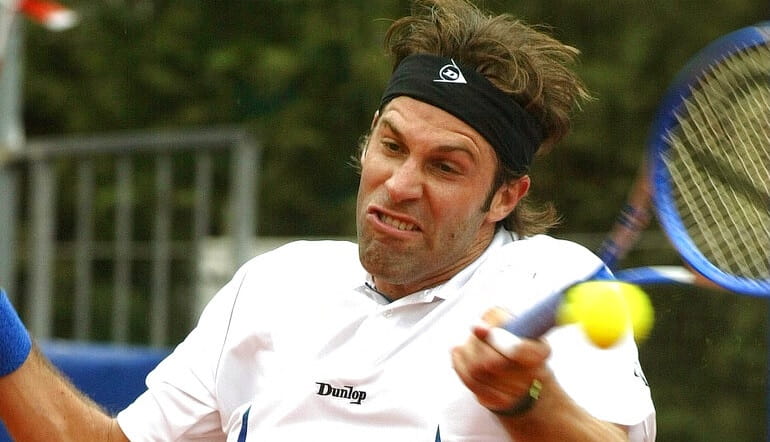 “That competitiveness forced us to improve our game. At the time we were playing we wished there was even more depth - it would have been nice to have more than two.

"For [Andy] Murray, right now, that's the challenge he has; it's only him and there's nobody even close. That's the thing about playing tennis in England - it's big fish, small pond syndrome.”

He also touched on the contrast between the two, which laid the foundation for that minor friction.

“As characters we are completely opposite: I was outspoken and fiery, Tim was more reserved.

"We have similarities, too: we're born on the same day a year apart [Rusedski is the older], we both married Lucys, we both have little girls. But personality-wise, we're different.”

In a surprising coincidence, Rusedski’s final Grand Slam match was against Henman. Defeat in that 2006 encounter secured an 8-2 career record for Henman against his Davis Cup teammate.

Benefiting from a favourable draw, Rafter was the first seeded player Rusedski faced in the competition with Mark Philippoussis, Carlos Moya, Gustavo Kuerten and Pete Sampras all eliminated in the top half of the bracket before potential matchups with Rusedski.

Rusedski’s loss meant the first Grand Slam of Rafter’s career, and he went on to defend his title in 1998.

While it was obviously gutting to lose having got so close, Rusedski still made history, becoming the first British male to reach a Slam final in 20 years.

It was just the second time a man representing Britain had played in a Grand Slam final since Fred Perry competed in three Slam finals in 1936, winning two.