Tim Henman Net Worth – How Much Is British Tennis Legend Worth?

A British tennis legend, we all want to know - how much is Tim Henman worth? We look at Henman's career earnings & prize money as well as his life off the tennis court... 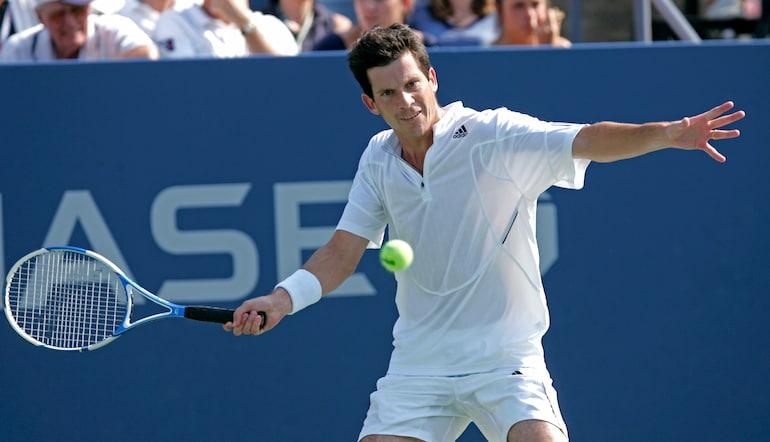 It’s a long time since Tim Henman was featuring in tennis odds, but the Oxford-born right-hander remains a prominent figure in the sport.

Working as an analyst and commentator for several outlets, including Amazon Prime, Henman has also been a mentor to British phenomenon Emma Raducanu.

Despite not featuring among players with the most Grand Slam titles, Henman remains a well-liked character in British sport.

Few athletes received the same level of support as Henman did during his peak, and he’s still met with comparable adoration when he’s at Wimbledon.

It’s almost a decade and a half since Henman played his last professional match. Still in the spotlight, though, let’s take a look at Henman’s career, his earnings and what he’s been up to since he retired…

How Much Is Tim Henman Worth?

When dealing with barely conceivable figures like this, it might be helpful to use Andy Murray net worth a reference point. According to Celebrity Net Worth, Murray’s figure is around $100 million, putting him far clear of Henman.

Putting Henman alongside tennis stars from his era might be fairer. Andre Agassi is nearing $150 million, but Goran Ivanisevic and Lleyton Hewitt both come in at a similar figure to Henman. 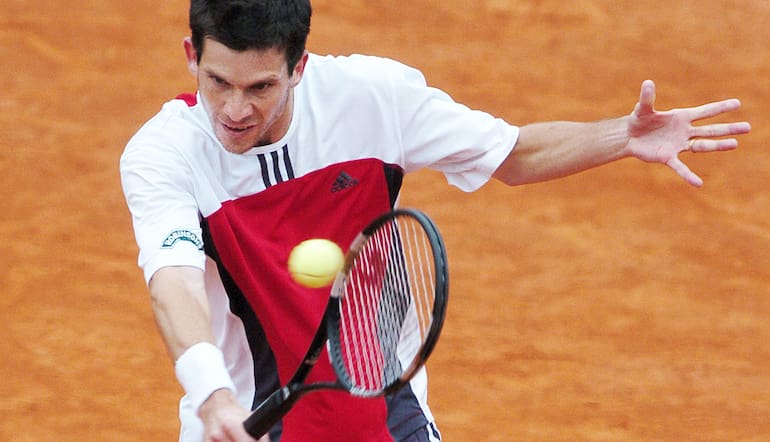 That is, of course, despite the Croatian and Australian winning Grand Slams, something Henman was never able to achieve in his lengthy career.

Endorsements make up a big part of an athlete’s income. SportItNow claims Henman made around $32 million in endorsement deals.

HSBC is just one company Henman has worked with. He has also been able to receive cars from official sponsors including Mercedes and Jaguar.

According to Spotrac, Tim Henman’s career earnings are just over $11.6 million. This places him 59th all-time, a few places ahead of Pat Rafter and David Nalbandian.

Never reaching a Grand Slam final might have meant a lot of heart break for British tennis fans, but Henman achieved a lot in the sport to rack up such enormous career earnings.

He got as high as fourth in the world in 2002 and won 11 titles as a singles player. The six Grand Slam last four appearances is an impressive, if frustrating, achievement.

The Grand Slam efforts are where most of the money lies in tennis. Much was made of the money Emma Raducanu received for winning the US Open, and while Henman never pocketed a figure as large as that, reaching the semi-final will still have had a healthy financial reward.

Henman spoke to the Sunday Times about his car history in 2019, noting that he bought a Porsche 911 Carrera 4S for nearly £100,000 after reaching his second Wimbledon semi-final in 1999.

Tim Henman’s wife is Lucy Heald. Henman married Heald, a TV producer, in the winter months of 1999. The pair had been together since their first date in 1996.

In fact, Henman picked a photograph from their wedding day for a Daily Express feature in 2015.Describing the photo, Henman said, “This is me and my wife Lucy on our wedding day in December, 1999…

“We went on our first official date in 1996 but I met her quite a while before that. She was working in the TV industry and we’d been introduced by a mutual friend.

"We only had a couple of brief conversations, but you know when you get that weird feeling – ‘Blimey, she’s lovely.”

Tim Henman and Lucy Heald have three children together. Their three daughters are called Rose Elizabeth, Olivia Susan and Grace.

Rose Elizabeth is the eldest of three, born in October 2002, while Olivia Susan was born a couple of years later. Grace is three years younger than Olivia Susan.

The Henmans have been able to live a relatively private life. Tim lives with his wife and daughters in Oxfordshire.

Whether explaining tennis terms or recounting anecdotes from his career, Tim Henman’s commentary has become a staple for tennis fans.

He made a quick transition from the court to the commentary box, first working as a commentator at Wimbledon in 2008. 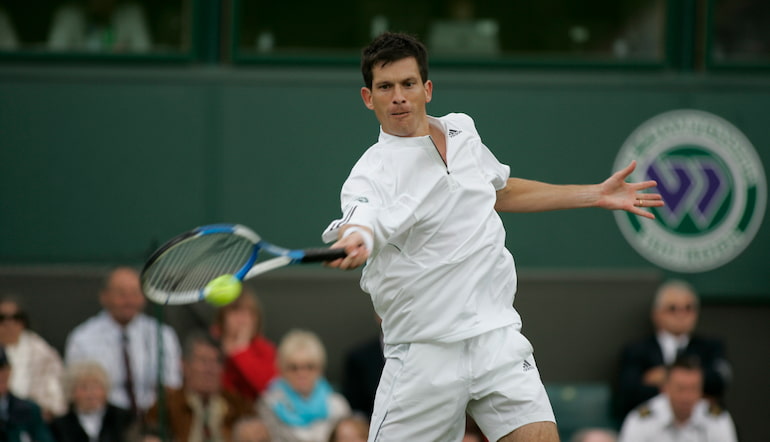 Being able to witness some of the best tennis players of all-time, Henman has been an integral part of the BBC’s coverage in every Wimbledon since joining.

More recently, Henman has featured on Amazon Prime. He was often seen courtside during the 2021 US Open, becoming a major cog in their coverage of Emma Raducanu’s improbable title.

Officially known as ‘Aorangi Terrace’, Henman Hill is the hill and large screen at Wimbledon where fans congregate to watch the action on the main courts.

When treated to a sunny day during the championships at the All-England Club, Henman Hill is packed with fans devouring strawberries and cream and popping champagne corks.

It became known as ‘Henman Hill’ during the 1990s when the atmosphere would really ramp up during Henman’s matches. They cheered on Tim as he reached four Wimbledon semi-finals in five years.

As Henman passed the baton of British tennis to Andy Murray, it has more commonly been referred to as ‘Murray Mound’, though that hasn’t stuck quite like Henman Hill.

The official ‘Aorangi’ name first appeared in the late 1960s. ‘Henman Hill’ and ‘Murray Mound’ are the most recognised names for the area now, however.

That’s unlikely to change any time soon, though it might not be long before it’s referred to as ‘Raducanu Ridge’.

Tennis Tips
Tennis Betting
About the Author
By
Sam Cox