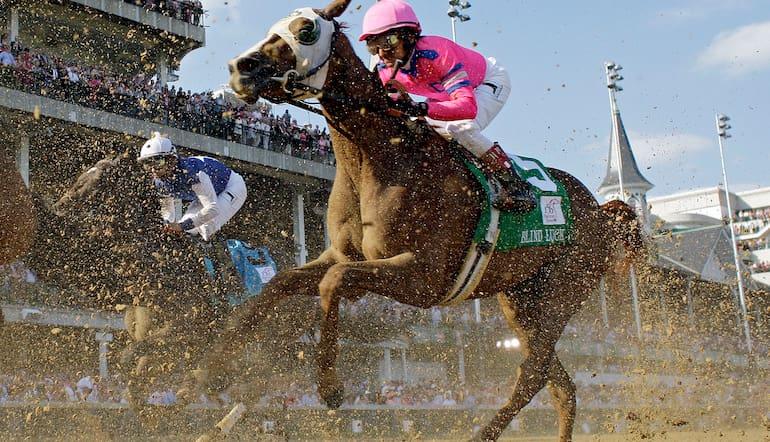 The Queen Mother Champion Chase is one of the most lucrative horse racing betting events at the Cheltenham Festival.

This race is the ultimate test for the ‘cream of the crop’ two-mile chasers and it has been dominated by the legendary Altior in recent years, though Politologue is the defending champion heading into the 2021 renewal.

More often than not, the previous year’s Arkle Challenge Trophy is used as a stepping stone for the Champion Chase so it may be wise to look back at previous Arkle results.

Here, we take a look at the standout trends, statistics and pointers ahead of the 2021 Queen Mother Champion Chase. This is the focal point of most Cheltenham Day 2 tips articles so it is one of the biggest races of the week!

There are plenty of Queen Mother Champion Chase statistics and trends for punters to look at ahead of the 2021 Cheltenham Festival. Here are the most important trends:

The late Tom Dreaper and Nicky Henderson are tied on six Champion Chase winners apiece and there will be plenty of market support for the popular Altior at this year’s Festival.

Both men trained five winning horses, with Fortia and Altior claiming two wins in the race.

Henderson has trained five of the previous nine Queen Mother Champion Chase winners and he will be hoping for another success in 2021.

Along with the Champion Hurdle, the feature in Cheltenham Day 1 tips, this race is high up on the priority list.

The total prize money on offer for the Queen Mother Champion Chase at the 2020 Cheltenham Festival was £400,000, with winning connections claiming £225,880.

Without a doubt, the Clarence House Chase has been one of the hottest Champion Chase trials over the past 20 years.

With seven winners going to win Wednesday’s showpiece race at the Festival, the Clarence House Chase is definitely a race to follow closely when looking at Cheltenham racecourse betting odds.

The Tingle Creek Chase at Sandown Park is another big race to consider when placing your Queen Mother Champion Chase bets.

11 of the last 15 winners of the Festival race ran in the Tingle Creek earlier that season. That bodes well for 2020 Tingle Creek winner Politologue...

Chacun Pour Soi was victorious in this race and the Willie Mullins star is a worthy favourite to give his trainer a first Queen Mother Champion Chase success.

The 2020 Queen Mother Champion Chase was billed as one of the races of the Festival but injuries to Altior and Chacun Pour Soi in the days leading up to the race put a dampener on the Wednesday feature.

With less than two months until Cheltenham, the Champion Chase betting market is starting to take shape. Here are the latest Festival odds available with 888sport: