The topic of IPL lowest score figures is intriguing - but which side has the lowest team score in IPL history? 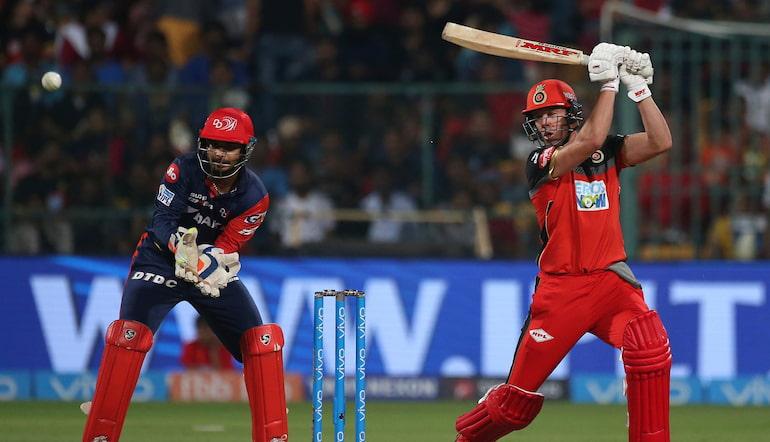 It’s usually big IPL scores that get the headlines. In a league of big swings and elite bowling, though, there are the occasional batting collapses.

Not many are launching up cricket betting sites to bet on a team to score under 100 in a T20, yet it has happened 39 times since the IPL was formed.

Batting first and slumping like many of these teams have done results in a pretty short match. Chasing even a mediocre total, let alone the IPL highest score, was way out of reach for these teams.

A mix of bowling majesty, poor batting and misfortune usually combines for a sub-100 collapse. Even the most stacked IPL line-ups will get it all wrong on occasion.

Delving into the most unwanted of IPL records, here are the 10 lowest team scores in competition history.

Chasing 140 to beat the Mumbai Indians in 2013, the Chennai Super Kings fell humiliatingly short. The 60-run defeat only told a small part of the story.

Chennai were 9-3 after three overs and it didn’t get much better. Only one of their top six reached double figures as Mitchell Johnson claimed three wickets.

Ravindra Jadeja provided some lower order resistance, but it was little more than that. Jadeja and Michael Hussey were the only Super Kings batters to score more than 10.

Kumar Sangakkara shone for the Chargers. In what were tricky batting conditions, the Sri Lankan star scored 65. In their reply, Kochi barely passed Sangakkara’s total.

A mix of Dale Steyn and Ishant Sharma demolished Kochi’s batting order. Five of the top six failed to score. The match was over when they were reduced to 11-6 – Ishant finished with figures of 5-12.

At the time, this was the third-lowest score in IPL history.

While Kochi and Chennai were chasing, Kings XI batted first against Rising Pune Supergiant in 2017. The match was over far quicker than anyone expected. Supergiant chased the total down in just 12 overs.

There was no magic spell. This was a complete batting meltdown from Kings XI. Jaydev Unadkat, Shardul Thakur, Adam Zampa and Dan Christian shared the wickets around with only one Kings XI batsman scoring more than 13.

7) Royal Challengers Bangalore - 70 all out

This isn’t the last time Royal Challengers Bangalore feature on this list. Despite a stacked order with Virat Kohli, AB de Villiers, Yuvraj Singh and Albie Morkel, RCB crumbled to 70 all out against the Rajasthan Royals in 2014.

A bad start with Parthiv Patel’s run out snowballed. Veteran leg spinner Pravin Tambe was the pick of the bowlers with 4-20, and Kane Richardson recorded the prized scalps of Yuvraj and de Villiers.

6) Royal Challengers Bangalore - 70 all out

Almost five years after their first 70 all out, Royal Challengers Bangalore were at it again. Patel, Kohli and de Villiers remained.

England star Moeen Ali batted at three, and was the joint-second highest scorer in the innings with nine.

Dwayne Bravo displaced Patel, but it was a spin show throughout the rest of the innings. Ravindra Jadeja, Harbhajan Singh and Imran Tahir combined for the other eight wickets with a Shimron Hetmyer run out summing up a nightmare match for RCB.

One of the heaviest IPL defeats ever, Mumbai took little over five overs to chase down the 67 posted by Kolkata Knight Riders in 2008. Until 2017, this was the second-worst team score in the history of the IPL.

Shaun Pollock was Kolkata’s tormentor in chief, dismissing Salman Butt, David Hussey and Mohammad Hafeez. Reduced to 29-5, Kolkata were unable to stage any sort of meaningful fight back.

The first of two sub-70 scores for the Delhi Daredevils at the 2017 IPL, Sandeep Sharma picked up four cheap wickets to tear the game up. Sandeep claimed both openers to set the collapse underway with some help from Axar Patel.

Just three Kings XI batsmen reached double figures. One of those was Kagiso Rabada, who was Sandeep’s fourth victim. Kings XI didn’t mess around in their innings either – they won by 10 wickets with Martin Guptill smashing 50 off 27 balls.

Kings of the IPL winners list, the Mumbai Indians have rattled through their opponents on more than a few occasions. Back in May 2017, it was the Delhi Daredevils who were left humiliated by Mumbai as they capitulated to 66 all out.

Having cruised past the 200 mark in their innings thanks to some hefty hitting from Kieron Pollard, Mumbai must have felt confident when they took the field. None of them could have been prepared for what followed.

Mitchell McClenaghan and Lasith Malinga picked up a wicket apiece before the end of the second over.

Five down with only six overs bowled, the match was as good as over. Mumbai won by a whopping 146 runs in one of the IPL’s great team performances.

This was the worst team score in IPL history for eight years. After a poor start, RCB set the Royals 134 to win. Rahul Dravid and Kevin Pietersen had rebuilt their innings.

There was no such batting class from Rajasthan. Three players reached double figures, all falling on 11.

1) Royal Challengers Bangalore - 49 all out

A top four featuring Chris Gayle, Virat Kohli and AB de Villiers was fearsome. On April 23rd 2017, however, it was calamitous.

RCB failed to bat 10 overs, and posted the worst score in IPL history.