What are the top trends to follow in the Kauto Star Novices Chase at Kempton Park? We look at the biggest Kauto Star statistics ahead of this year's renewal... 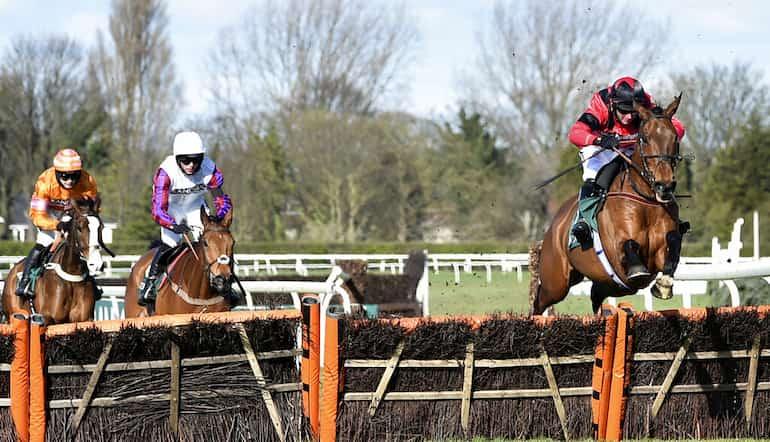 Originally known as the Feltham Novices' Chase, The Kauto Star Novices' Chase is the first Grade One race to be staged during the Christmas Festival at Kempton Park Racecourse.

The race was named in honour of Kauto Star in 2012. The legendary horse won the Gold Cup twice for Paul Nicholls, and lifted the King George VI Chase trophy at Kempton on a record five occasions.

It was only befitting that Kempton should acknowledge his contribution to the race’s history.

Famous trainers like Fred Winter, Fulke Walwyn and David Elsworth have all trained winners of the Feltham/Kauto Star. Nicky Henderson won this Grade One for the first time in 1990, and has gone on to saddle the winner four times since.

Nicky Henderson's most recent winner in this came in 2009 when Sam Waley-Cohen scored aboard Long Run. The same horse would go on to beat Kauto Star in the King George in 2011, and again in the Cheltenham Gold Cup that same season.

Coneygree won the Kauto Star in 2014. Mark Bradstock's star horse then became the first novice to win the Cheltenham Gold Cup in the following March.

Popular winners in recent times have included, the grey Dynaste who won under Tom Scudamore in 2012 and Tea For Two, who helped Lizzie Kelly become the first female jockey to ride a Grade One winner on British soil when they brought home the silverware in 2015.

Two trainers lead the way in the Kauto Star Novices Chase over the last 20 renewals, those being Paul Nicholls and Colin Tizzard who have both won the race three times.

Other trainers who have recorded multiple wins in the Kauto Star Novices Chase are Nicky Henderson (2 wins) & David Pipe (2 wins).

The leading jockey in the Kauto Star Novices Chase over the last 20 years is Tom Scudamore who has won the race twice with Grands Crus (2011) and Dynaste (2012).

Unfortunately, to a £1 level stake you would be -£4.18 from Scudamore’s eight rides in the contest.

Paddy Brennan has ridden in this race three times and his profit to £1 is +£31.00. Nico de Boinville, Bryony Frost, Robbie Power and Mr Sam Waley-Cohen are all in positive figures too.

Cold jockeys in this include Sam Twiston-Davies, Daryl Jacob and Harry Cobden.

There are no real trial races as such but many of the horses from this race head to either the RSA Chase or the Marsh Novice Chase at the Cheltenham Festival.

Looking back over the last 20 renewals, the biggest priced winner was Royal Vacation at 33/1 for Colin Tizzard and Paddy Brennan.

At the head of the market and over the same period there have been a total of 8 winning favourites in the race. Many of those figured prominently in our 888sport horse racing tips.