The Lionesses are European Champions after beating Germany 2-1 at Wembley but which five players stood out most for England this summer? 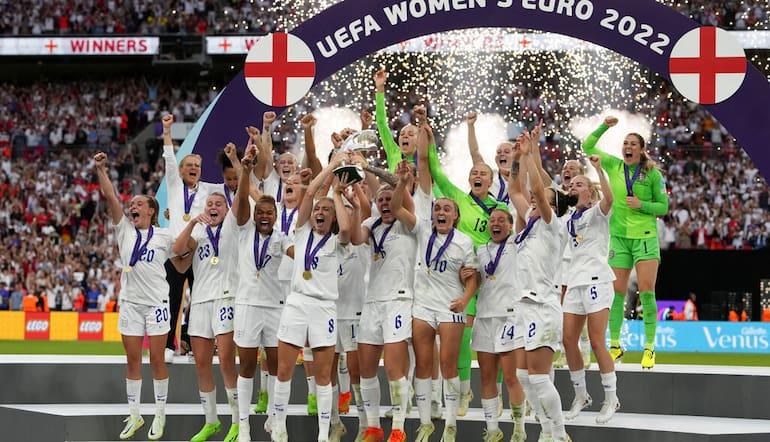 Congratulations to the Lionesses. The England women’s team did what the men failed to do just 12 months ago and lifted the European Championship trophy at Wembley Stadium.

It was a nervy affair against Germany but Sarina Wiegman’s side claimed victory on the big stage to clinch the nation’s first major trophy since 1966.

Every member of the England team was important and influential but only five can feature on our post-tournament list of star performers.

Without further ado, sports betting fans can check out our top five Lionesses based on their performances throughout the entire Women’s Euro 2022.

The England goalkeeper was a pillar of consistency throughout the competition, making a number of crucial saves and dominating her penalty area.

Earps kept four clean sheets in six appearances at the tournament, showing exactly why she has made the England number one jersey her own over the past 18 months.

She was phenomenal in the final, acting as England’s rock and urging those in front of her to push on. When called upon in the big moments, Earps stepped up to the plate.

The double save to stop Magull and Schuller will live long in the memory of those supporters in attendance at Wembley. Just how did she keep those efforts out?!

A cornerstone at the heart of the defence. Bright was brilliant from start to finish, leading by example in the opening fixture and showing those same qualities in the final.

The Chelsea defender showed immense resilience and physicality to keep opponents at bay throughout the competition – especially alongside the charismatic Leah Williamson.

England legend Kelly Smith named Bright as her defender of the tournament and that is the perfect tribute to her varied skillset and impact this summer.

She produced arguably the performance of the competition with her mountain of a display in the quarter-final victory over Spain. It was a truly masterful performance.

Williamson showed off her natural leadership qualities throughout the competition, earning comparisons to some all-time defensive greats.

She has an unrivalled ability to read the game and that means she is always one step ahead of her rivals – much like Virgil van Dijk of Liverpool.

Alex Greenwood was unlucky to miss out for the opening match of the tournament but that decision proved to be correct as Williamson was the perfect partner for Bright.

An absolute stalwart and now a household name in the sport, Williamson can be the leader of the national team for many years to come. 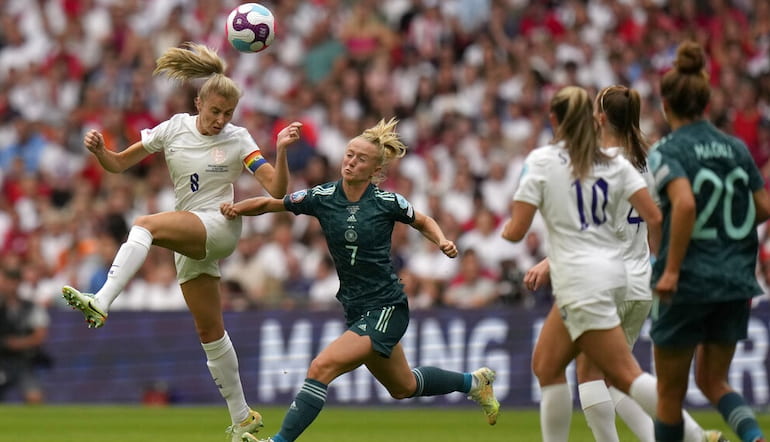 One of Wiegman’s secret weapons off the bench, Toone isn’t a secret anymore. In fact, she finishes Euro 2022 as one of the best impact substitutes in the history of the sport.

Toone saved England on multiple occasions throughout the tournament – the 84th minute equaliser against Spain was arguably the most important goal of her career.

That is until she scored in Sunday’s final. It was a delicate chip that Harry Kane and Alan Shearer would’ve been proud of and it was a goal worthy of any showpiece fixture.

Unlike some, Toone has a personality to match and she was still hyping up the crowd and her teammates on Monday. Her attitude is infectious and we love it!

Last but certainly not least, we have Beth Mead. Officially named UEFA Women’s Euro 2022 Player of the Tournament, Mead was central to England’s offensive prowess.

The Arsenal forward notched six goals and recorded five assists throughout the competition and is now one of the leading contenders for the BBC Sports Personality of the Year award.

She was named Player of the Match in two of England’s six matches and is now undoubtedly one of the biggest names in the women’s game.

If you’re looking at football betting odds on upcoming Women’s Super League games, be sure to keep an eye out for Mead to get her name on the scoresheet.