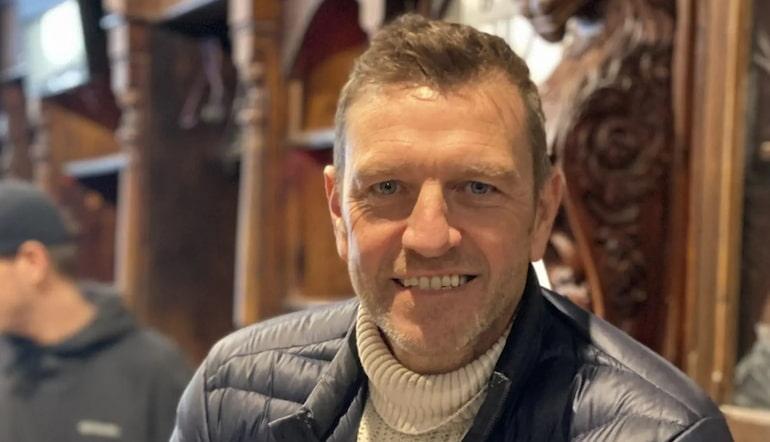 "Can United close the gap on City and Liverpool? That’s the million-dollar question isn’t it. Certainly, in the first couple of games, already you can see a change.

"The team is working harder and they’re on the front foot. In the Liverpool friendly, I saw one of the central midfielders play a first-time ball straight over the top and turn the team around and we’ve not seen that for quite a while.

"Ten Hag has a structure and demands discipline. He’ll let everyone know their role in the team and if they’re not doing it, they won’t play.

"He’s making some strong signings and obviously he likes to score goals, coming from a team in Ajax who has reached a Champions League semi by scoring loads of goals. At the moment everything is positive and let’s see how we go."

Yet still, for all the optimism, the Reds remain an awfully long way behind both their neighbours City and their archest rivals down the M62.

If a title challenge therefore is beyond them, what does Sharpe hope to see this term as a bare minimum, from a club who used to win league crowns as the norm back in his playing days?

"Number one, they need a stronger work ethic. One of the most disappointing things from last year was the numbers that showed their running was well below par.

"The first thing you ask of a player is even if you’re not playing great, you work hard and make it difficult for opponents. That wasn’t happening enough last year. So, if the work ethic is there then there’s enough quality in the team to produce results."

Or perhaps not, because one of the biggest transfer stories of this summer has concerned United’s chase for Frenkie De Jong, a saga that has run and run.

Joan Laporta tells @carodelas: "Frenkie de Jong is our player, we really like him. We received some offers for Frenkie but we didn't accept as of now, as we want to talk with him and know exactly what he wants" 🚨🇳🇱 #FCB

"We need to clarify some aspects of his situation". #MUFC pic.twitter.com/TM1hwyHzVu

Indeed, amidst accusations that they have overly prioritized a seemingly unattainable player throughout this window, just why have the club placed such emphasis on securing the Barcelona ace?

"The manager knows and trusts De Jong, and that connection from taking the ball off defenders and delivering it to forward players is such an important and tough role.

"McTominay and Fred have done decent jobs but there has been inconsistency and De Jong brings that calmness and coolness on the ball, largely because of his decision-making. He is the class in midfield that can drive United on."

Speaking of class, one signing the 13-time Premier League champions have got over the line is Christian Eriksen, with the twinkle-toed Dane officially unveiled last weekend. Does Sharpe think he’s a shrewd addition?

"With Juan Mata going, Eriksen brings a wealth of experience. He’s 30 years old and must be fit enough after his incident to have passed his medical.

"He brings creativity that will be sorely needed in tight areas, because if United play like we expect them to, then a lot of teams will park the bus with two banks of four and five.

"They will be hard to break down and he can see a pass and score a goal. He keeps a calm head in pressurized situations and I think he’s a great signing."

If Eriksen can offer some ingenuity in the final third, another welcome source of creativity may come from a player already well established in their ranks.

Last season, Anthony Martial scored one goal in eight before being loaned out to Sevilla, with his time in the North-West appearing to be over and widely considered a failure.

Some decent showings in pre-season however, have led some to suspect the French winger might reignite under new management and this would certainly delight Sharpe.

Now residing in Spain and watching United’s friendlies keenly from afar, the 51-year-old is evidently a fan of the divisive star.

"I think Martial on his day is unplayable. He’s that good. That’s what frustrates fans, knowing he’s that good but not doing it week in, week out.

"I don’t know the lad personally so I’m unsure whether he is happy playing out wide, or if he prefers playing as a number nine.

"If he wants to be a number nine, and Ten Hag is happy for him to be there, and if Martial puts the work in, then United have a surprise package.

"A £50-60m new player if you like because on his day he’s unbelievable with quick feet. He can score goals and create for others and he’s a fantastic talent."

Sharpe is equally as effusive about Jadon Sancho, insisting the England wideman will flourish under Ten Hag’s guidance, but here alas the positivity must end, because it simply wouldn’t be Manchester United in the current era without at least one fly in the ointment.

Presently, the future of Cristiano Ronaldo, their megastar in a squad full of superstars, is unknown, with the player first stating he wishes to leave, but now claiming he is staying put.

It is a distraction the club – not to mention Ten Hag – can well do without as they seek to start anew and once again if feels like the soap opera that is CR7 is taking the headlines.

👀 Cristiano Ronaldo wants to LEAVE! - Behind the Scenes:

✍️ @FabrizioRomano discusses his position at Old Trafford and what #MUFC must do to keep him at the club...https://t.co/WFKxwruWbr

What does Sharpe make of it all?

"If Ronaldo wants to spend the rest of his career in the Champions League, he knew months ago that United aren’t in it. He could have come out and said something then, at the end of last season, but he hasn’t.

"He’s said something at the start of pre-season and this led me to believe that he had a couple of interested clubs up his sleeve already. It turns out that he hasn’t.

"I appreciate that the hardest thing to do in football is score goals, and he is one of the best at it. He’ll bring you that. But it’s what he takes away from the team in other areas, that’s what concerns me.

"I don’t think at the age of 37 he can play Ten Hag’s pressing game or want to do that. And while he’s in the team he’s stopping Martial from shining or a young player getting a chance.

"So, I wouldn’t be disappointed if he left, and I’d be slightly concerned if he does stay because he’s a little bit too powerful in the dressing room."

Premier League Tips
Manchester united
About the Author
By
888sport