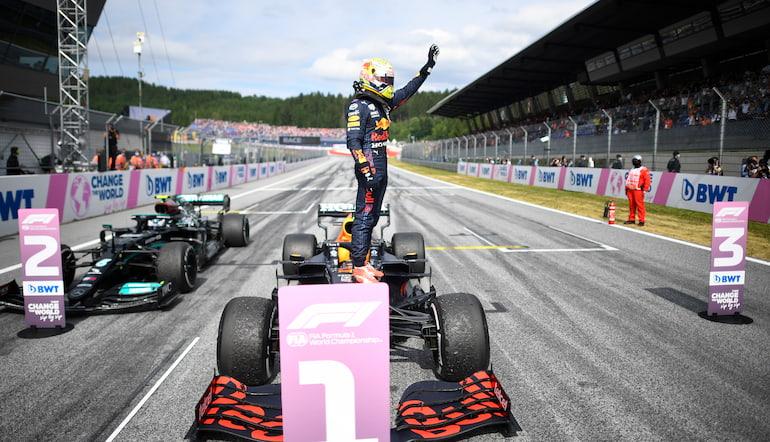 The Red Bull has not been competitive enough for Verstappen to regularly sit atop the sports betting in recent years, though that could all change in 2021.

There’s no question he has the raw pace and race craft to be remembered as one of the best drivers of his generation.

What we have seen in the early years of Verstappen’s career is enough for some to claim he’s the best driver on the grid. There have been improbable wins, magnificent qualifications, and masterful displays in the wet.

Verstappen is a star of Formula One. For those who are not devout followers of the sport, though, there’s plenty more to find out about him…

How much is Max Verstappen worth?

Max Verstappen is worth roughly $60 million according to Racing News 365. As of midway through the 2021 season, Verstappen is yet to get a world title to his name, but he’s got a lucrative salary with Red Bull Racing as their lead driver.

Still in the early days of his Formula One career, Verstappen is already very comfortable financially.

While competing on the track, he can’t matchup with Lewis Hamilton net worth, however, as the seven-time champion is somewhere in the $300 million region.

On top of his salary and bonuses, Verstappen also has plenty of endorsements to help boost that net worth.

Figures for his endorsement earnings are unknown, but given his profile and success in a sport watched across the world, it’s likely to be lucrative.

Jumbo Supermarkets, Ziggo, G-Star and CarNext.com all work with Verstappen according to Essentially Sports.

This, however, isn’t a straightforward question. Just like in Premier League football, F1 driver salaries are not public knowledge.

Teams and drivers are keen to keep the intricate details of a contract under wraps. In the case of a driver like Verstappen, there’s no exact figure for his salary. Rather, it’s a combination of various different reported numbers.

Bonuses are also a big factor to keep in mind. All drivers will have bonuses for race wins, podiums and more. Some contracts will be more reliant on incentives than others.

Verstappen, like Lewis Hamilton or Fernando Alonso, has enough pedigree to earn the vast majority of his money through his base salary.

Most reports estimate he has the second-highest salary on the 2021 F1 grid, just behind Hamilton and ahead of Alonso, Sebastian Vettel and Daniel Ricciardo.

Max Verstappen was scintillating from the moment of his F1 debut. Electrically quick and aggressive, Verstappen was must-watch for anyone with even a passing interest in live betting.

He made his F1 debut at just 17 years old. This shattered the previous records for youngest F1 driver when he partnered Daniil Kvyat at Toro Rosso for the Australian Grand Prix.

Jaime Alguersuari was the previous record holder, but he was 19 years and 125 days when he made his Formula One break through.

Verstappen earned the Toro Rosso drive through some wonderful performances in Formula 3.

Upon the news of being promoted to motorsport’s premier event, he said, “First of all, I would like to thank Dr. Helmut Marko and Red Bull for all their trust and giving me the chance to make my Formula debut in 2015 with Toro Rosso.

"Ever since I was seven years old, Formula 1 has been my career goal, so this opportunity is truly a dream come true.”

Max Verstappen’s girlfriend is Brazilian model Kelly Piquet. That might be a familiar name to Formula One fans. And yes, Piquet is related to the former world champion. Nelson Piquet is Kelly’s father.

This isn’t Kelly’s first relationship with an F1 driver either. She previously was involved with Daniil Kvyat, who also drove for Red Bull Racing.

Verstappen was previously in a relationship with German student Dilara Sanik, though it’s thought the couple split in 2020.

It’s hard to have much of a private life as a Formula One driver, but Verstappen tries to keep his personal life away from the publicity which follows him around the world.

Max Verstappen comes from a family with impressive racing heritage. His father is Jos Verstappen, who entered 107 Grand Prix. His mother, Sophie Kumpen, competed in karting, and famously raced alongside Jenson Button.

Jos Verstappen was in and out of Formula One between 1994 and 2003. Unlike his son, he was never a race winner, but he picked up a couple of podiums.

Jos was aggressive on the track, and few doubted his raw pace. Where Max has been given a competitive car by Red Bull, Jos was not in position to really challenge due to the teams he was driving for.

He’s generally a bit above average for an F1 driver. Michael Schumacher and Ayrton Senna both stood at 1.76m, while Niki Lauda was 10 centimetres shorter than the Flying Dutchman.

Five drivers on the 2021 grid are taller than Verstappen, however. That’s the Williams pair of George Russell and Nicholas Latifi, Lance Stroll, Antonio Giovinazzi and Esteban Ocon.