Why Men’s Tennis Is Ready For A New Superstar

Roger Federer, Rafael Nadal and Novak Djokovic have dominated men's tennis for almost 20 years but it's now time for a new superstar to burst onto the scene 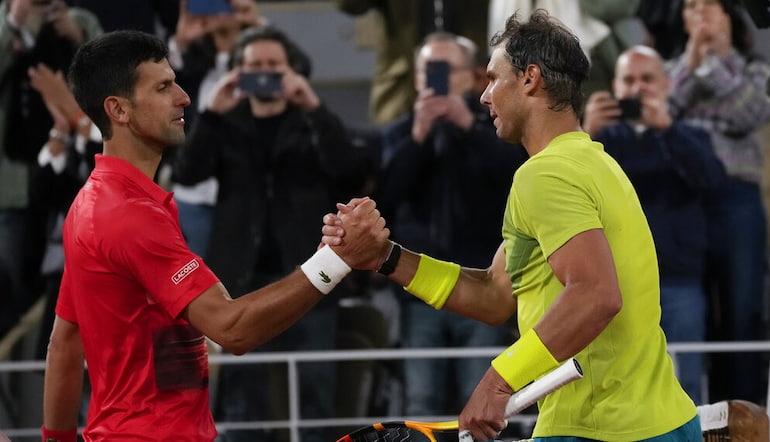 Roger Federer, Rafael Nadal and Novak Djokovic leave three cavernous pairs of shoes to fill with regards to men's tennis and the biggest tournaments - both on the ATP Tour and Grand Slams.

Djokovic and Nadal still feature in tennis betting, but Djokovic’s presence has been sporadic over the last couple of years for reasons and Nadal is 36 years old with a lengthy injury history.

Dominic Thiem, Alexander Zverev and Stefanos Tsitsipas all played the role of potential successors at one point or another.

However, injuries and/or inconsistency have hampered their chances of ascending from perennial Grand Slam dark horse to true superstar. Daniil Medvedev has a Slam to his name, but at 26, does he have world star potential?

Naturally, two players who succeeded throughout US Open live betting in 2022 currently seem poised for that leap to multi-time Slam winner.

Carlos Alcaraz is still in his teens, and beat 23-year-old Casper Ruud in the final at Flushing Meadows. The pair are the top two in the world (as of 18th September 2022).

Nadal and Djokovic have continued to win Grand Slams, but the summit of men’s tennis is not as impenetrable as it was at the peak of the Big Three’s triopoly.

There have been first-time Slam winners at the US Open in the last three years. It is a matter of time before Nadal’s reign at Roland Garros ends.

The same goes for Djokovic at Wimbledon (where the Big Four have won every year since 2002). The Australian Open is a similar story – Stan Wawrinka is the only player outside the Big Three to win at Melbourne since 2005.

The Next Big 3 according to Carlos Alcaraz:

Alcaraz, Thiem and Medvedev have all broken the Grand Slam ceiling. The next step in the ascension of a new force in men’s tennis is winning multiple.

Wawrinka and Andy Murray are the only men’s players to win more than a lone Slam in the Big Three era (both won their third and final Slams in 2016).

At risk of being a victim of recency bias, Alcaraz is best placed. He reached two Masters 1000 finals in 2022 – losing to Zverev in Madrid and beating Ruud in Miami – on top of his US Open win.

He has a game which should translate well to all surfaces, ensuring a year-long push for hardware. Jannik Sinner, who only turned 21 in August, has made strides, reaching the last eight in three Slams in 2022.

Félix Auger-Aliassime is yet to unearth consistency, but he climbed to number eight in the world this summer and has built up substantial Grand Slam experience.

While a rung or two below that group of players, there is excitement about Jack Draper, who beat Tsitsipas and Auger-Aliassime in 2022.

No one will repeat the sustained dominance of the Big Three. In fact, it has been beneficial in some ways to have more potential Grand Slam winners at the beginning of a fortnight.

Someone will step up and become the player to beat for the next few years, though, even if they lose more often than Djokovic, Nadal and Federer did in their pomp.

For a while, Medvedev threatened to be that guy. Now, Alcaraz is the flavour of the month. It feels like we’ve been here before, but 2023 is a big year for the future of the men’s tour. There’s a window for a player to take centre stage.