Michael Jordan net worth figures estimate his wealth at around $2 billion - we look at the greatest player in NBA history... 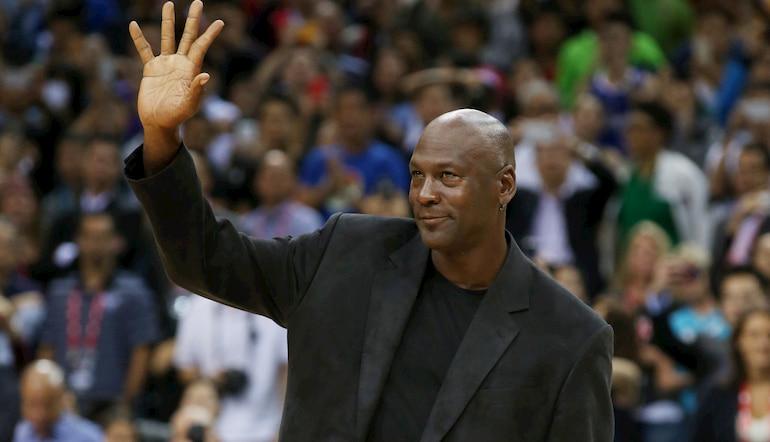 Michael Jordan is one of the most famous people on the planet. Even though he retired from the game (for the final time) almost two decades ago, His Airness remains a figure in NBA betting as owner of the Charlotte Hornets.

MJ was more than the star of one of the best NBA dynasties. He grew the sport around the world, he captivated fans on every continent, and he developed himself as a brand in a way that revolutionised the business life of athletes forever.

Jordan has always controlled the narrative. Interviews are incredibly rare. He has retained privacy that modern athletes are seldom afforded.

From net worth to the documentary that chronicled his final year as a Chicago Bull, we’ve compiled some useful info about the six-time NBA champion.

Michael Jordan is married to Yvette Prieto. He proposed to Prieto, his long-time girlfriend, in late 2011. The couple were married in 2013.

This is Jordan’s second marriage. He was first married in 1989, the early days of his NBA career. Juanita Vanoy was married to the NBA superstar until 2006.

They had begun filing for divorce in 2002 but reconciled. They eventually split on amicable terms four years later.

Jordan stands at 6’6, just under two metres tall. It’s around the average height of an NBA player, but Jordan’s athleticism, his otherworldly ability to spring into the air, helped him defend and score over much taller opponents.

Another of the greatest NBA players, the late Kobe Bryant, was the same height as Jordan. Bryant idolised Jordan and the two developed a close relationship – many consider them to be the two greatest shooting guards in NBA history.

Following the tragic death of his father, Michael Jordan announced his retirement from basketball in 1993.

James Jordan had always dreamed of seeing his son as an MLB player. Having played baseball in his childhood, MJ wanted to fulfil that ambition.

After stunning the sports world with his retirement, he did so again a few months later by signing a minor league contract with the Chicago White Sox.

He played for the Birmingham Barons in the 1994 MiLB season and was managed by future World Series winning coach Terry Francona.

Jordan held his own in the Arizona Fall League, competing against the sport’s top prospects. When an MLB strike came in 1995, Jordan gave up on baseball. He announced his return to the NBA with an iconic press release: “I’m back.”

Michael Jordan has five children. Jasmine, Marcus and Jeffrey came from his first marriage with Juanita Vanoy. In 2014, Yvette Prieto gave birth to identical twins, who are growing up at Jordan’s home in Florida.

Jasmine and Marcus both work for the Jordan brand. Marcus and Jeffrey played basketball, but neither could live up to the impossibly high standards set by their father.

They reached the college level, though never made it to the NBA despite the understandable excitement about their development as players.

When the world was locked down in 2020, Michael Jordan took the opportunity to release a documentary he had been sitting on for 20 years.

The Last Dance was centred around the Chicago Bulls’ final year of their second threepeat, and the last season Jordan spent on the team.

Cameras followed Jordan everywhere. It was a powerplay from Jordan, who had agreed to the cameras capturing private conversations only on the condition it could be released when he chose to.

The documentary, which is available on Netflix, featured interviews with all the key figures. Jordan and Phil Jackson gave in-depth insight into the final year of the dynasty.

Teammates and opponents recounted what it was like to play against or alongside Jordan. It is believed Jordan made around $4 million from his participation in the documentary.

Michael Jordan provided some of the most well-known quotes in sport. Here are some of his best…

A lot of the primary basketball stars in NBA betting tips will be lacing up a pair of Jordans.

Michael Jordan has remained relevant long beyond his playing days as the face of one of the most popular trainer brands in the world – Jordan brand reportedly hit revenue of $3.6 billion for the last year.

How much does Michael Jordan make a year from Nike?

According to Forbes, Jordan earned $130 million in 2019 from his deal with Nike.

As was covered in The Last Dance, Jordan wasn’t initially keen on signing with Nike, but the decision to don the Swoosh rather than Adidas’ three stripes has worked out pretty nicely.

Is Michael Jordan a billionaire?

Despite playing income being less than the modern player, Michael Jordan became a billionaire in 2014. Recent estimations claim he is worth around $2 billion.

How much of the Charlotte Hornets is owned by Michael Jordan?

Jordan owns 97% of the Hornets, according to Business Insider. He sold a minority stake in 2019, but as the franchise’s values soars, he has not interest in selling up.

Does Michael Jordan have grandchildren?

Michael Jordan became a grandfather in 2019. His daughter Jasmine gave birth to a son, and the father is professional basketball player Rakeem Christmas.

Who is Michael Jordan’s best friend?

George Koehler is Michael Jordan’s best friends. Koehler is MJ’s personal assistant. They first met when Jordan was a rookie and developed a close relationship.