NFL: Can The New England Patriots Go Undefeated In 2019?

The Patriots are 6-0 as we enter Week 7 of the 2019 NFL campaign – can New England go undefeated in the regular season? 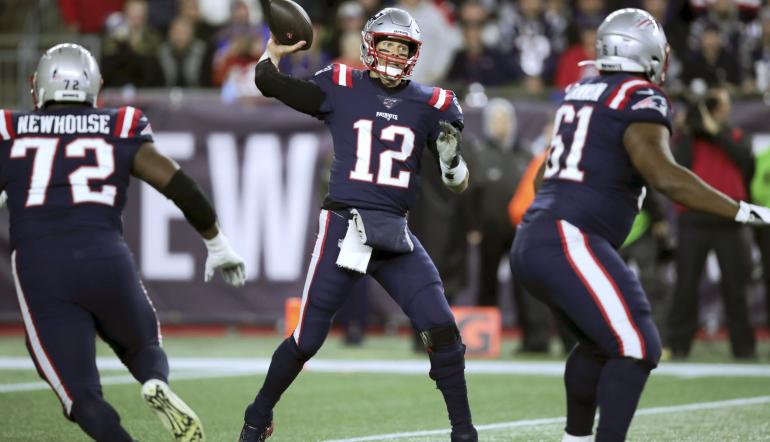 Write the New England Patriots off at your peril. Time and time again, people have been too quick to dismiss the Patriots but the six-time Super Bowl champions always seem to defy the odds.

Tom Brady celebrated his 42nd birthday back in August but the Patriots quarterback remains one of the best in the business. With Brady at the helm, an undefeated season is certainly plausible.

So without further ado, it is time to look at New England’s schedule. Will the Patriots finish the regular season with a perfect 16-0 record or will Bill Belichick’s side fall short? Only time will tell.

With the Jets sitting at 1-4, Bill Belichick’s side can pile more misery on New York. The Jets did get back to winning ways against the Dallas Cowboys but this is a harder test.

New England have had the beating of the AFC East under Brady/Belichick and I’m expecting the Patriots to claim another win. 7-0 beckons barring a major mishap.

Will Cleveland stop New England’s winning run? For me, not a chance. Baker Mayfield has failed to inspire confidence this year and the Patriots will focus on stopping the run.

The Browns have been very hit and miss this year and you won’t find many punters backing Cleveland to prevail. New England should be too strong at Gillette Stadium.

Without a doubt, this is the toughest test. Baltimore have the second-best offense in the NFL and Lamar Jackson is a unique talent at the quarterback position.

The Ravens have an 8-3 record at M&T Bank Stadium since the start of 2018 and the Patriots will need to be at their brilliant best. Baltimore might just about edge this one.

Philadelphia are no slouches and we could see the Eagles push New England all the way. The Lincoln Financial Field faithful will be expecting their beloved Eagles to emerge victorious.

The Patriots are one of the best teams in the NFL at adjusting following the bye week. With added preparation time, New England should get the job done in Philadelphia.

Stopping Ezekiel Elliott will be the key for New England here. Forcing Dak Prescott to go out and win the game through the air is the right way to go about beating Dallas.

The Patriots have an unbelievable regular season record at Gillette Stadium and Belichick’s side will be fired up and ready to try and beat Dem Cowboys.

The Texans may have lost Jadeveon Clowney but it hasn’t affected their defensive speed too much. And on the other side of the ball, Houston have been thriving.

Six weeks into the season and Deshaun Watson is an MVP contender. The Houston crowd will be well up for this, especially with the AFC seeded spots up for grabs.

Who else is excited to see ‘new kid on the block’ Patrick Mahomes face Tom Brady? Without a doubt, this could turn out to be one of the games of the 2019 NFL season.

This has all the makings of a shootout at Gillette Stadium but New England have had Kansas City’s number in recent years. Expect another win for the Patriots in this one.

With trade rumours suggesting that AJ Green may leave Cincinnati in the coming weeks, we could see the Bengals slip down the NFL standings. This may be a bit of a mismatch.

The Bengals may struggle to keep up with New England – Cincinnati have failed to inspire confidence in recent weeks. Another heavy defeat beckons here.

Buffalo have been strong this year but it is early days and their roster isn’t quite as deep as some of their AFC rivals. An injury to Josh Allen could signal the end of their playoff push.

Home advantage is huge for New England and the Patriots could make light work of the Bills if the number one seed is still up for grabs.

Miami are 0-5 and most NFL fans are expecting the Dolphins to finish as the worst team in the league this year. Former Patriots coach Brian Flores has a difficult job on his hands…

The Dolphins are tanking and this game may decide whether Miami receive the first pick or not. Expect New England to run riot at Gillette Stadium ahead of the playoffs.