Patrick Vieira vs Roy Keane: Who Was The Better Midfielder?

The Patrick Vieira vs Roy Keane debate has been discussed for years - but who comes out on top in our view? 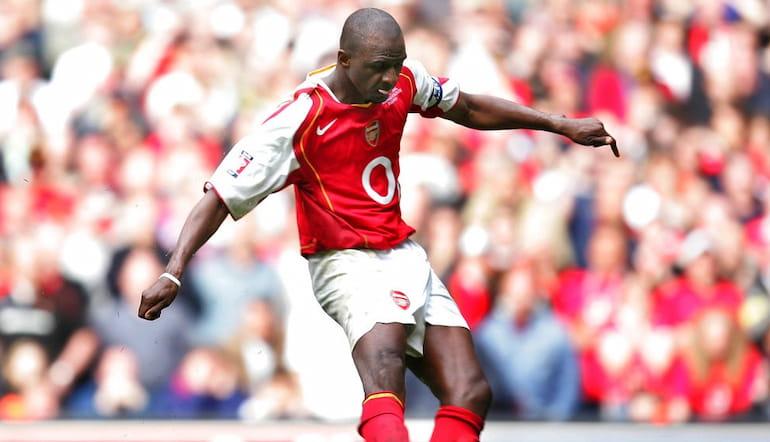 Roy Keane and Patrick Vieira are unquestionably two of the best Premier League midfielders of all time. The pair are synonymous with the height of Manchester United and Arsenal’s rivalry.

While Alex Ferguson and Arsene Wenger were deep in mind games during press conferences and post-match interviews, it was Keane and Vieira doing the talking on the pitch (and often in the tunnel).

Neither player took a step back. They were leaders in the most obvious sense, warriors for their respective teams and macho in the extreme.

The late 1990s and early 2000s would have been different in the Premier League had Keane and Vieira not been involved, such was their influence on the league’s two premier sides.

It could be argued that neither Arsenal nor Manchester United have properly replaced Keane or Vieira since their respective departures, which has contributed to their fall in online betting markets.

These are players not only irreplaceable in skillset, but also in personality. The combination of all-action midfielder and leader isn’t easy to find.

Keane, and to a lesser extent Vieira, are remembered for their blood and guts duels. Keane had a tendency to tread the line between aggressive and foul play.

Vieira did not back down in any situation. The ferocity of their head-to-head meetings sometimes overshadowed how complete they were as midfielders. They were hard-tackling, but both had much more to their games.

Keane, particularly in his latter years, was capable of dictating play from a deeper role. Vieira could turn the momentum of a fixture in an instance with his long runs both with and without the ball.

In his pomp, Keane had an unrivalled engine enabling him to contribute all over the field. He could appear in the box with a late run or create space for others with off-ball movement. His passing was underrated, too.

From Paul Scholes to David Beckham and Ryan Giggs, Keane’s teammates often got the plaudits for the prettier parts of the game, but the Cork native had the vision and ability to pick out a pass when needed.

😅 "I probably said excuse me Patrick don't be speaking to one of my teammates like that."

Vieira was sublime in possession. The long strides enabled him to drive past opponents, and he was an above average dribbler, which unlocked escapes from tight spaces that many of his peers could not execute. He was always good at controlling a came from deep, too.

Their teams won the most trophies in English football during their peak years – Keane was at Old Trafford between 1993 and 2005, Vieira arrived at Highbury in 1996 and left in 2005.

He also returned for a brief spell with Manchester City for the final two seasons of his playing career.

This is the part of Keane and Vieira’s games which is not as immediately obvious as top-corner finishes or game-changing interceptions. They were the heartbeat of great sides, sides which achieved historic things. That has to count for something.

The value which football fans will place on something so subjective, so unquantifiable, is going to vary.

Wherever you stand on that wider debate about personality in football, there’s no question that the £3.75 million sent to Nottingham Forest and £3.5 million to Milan altered the history of Arsenal, Manchester United and the whole of English football.

The Frenchman also was integral to France’s glory at the 1998 World Cup and 2000 European Championships, but how much weight should that carry in a comparison of this nature?

Keane had five Premier League Team of the Season selections, one fewer than Vieira.

The hardware comparison is pretty much neck-and-neck. Vieira had 40 more international caps, but made 25 fewer club appearances.

There really isn’t a great deal to choose between the two statistically, which echoes the general sentiment around their careers.

It is what made for such an intense duel between the two on and off field, a contest that continues to this day as fans debate their all-time Premier League XIs.

It isn’t a criticism of Keane to say Vieira was the better all-round player.

There is little to choose between the two, but Vieira had more to his game than Keane at their respective peaks, even if Keane’s skillset has often been unfairly reduced to that of an enforcer.

Both lifted the Premier League trophy on numerous occasions. How difficult it has proven to replace either of them at Arsenal and Manchester United is a testament to what they brought to their teams.

That precious combination of leadership and complete midfield talent shapes a team – the Gunners and Red Devils were as successful as they were because of the presence of Keane and Vieira.

Where do you stand on Roy Keane’s explosive punditry? Is he right to call players out or is he just a bitter and bullying ex-pro who failed at management? pic.twitter.com/tbLctvYjzh

There are fair questions about how their games would have aged. The general move away from 4-4-2 at the elite level would change what was asked of Keane and Vieira.

Perhaps Keane would have moved into a deep-lying role earlier in his career. Maybe we would have seen even more of Vieira as an attacking force if given greater license to get forward from a midfield three.

Alternatively, they could take on similar responsibilities if utilised in a 3-5-2 or 3-4-3 like Antonio Conte and Thomas Tuchel favour.

Not many midfielders have impacted Premier League predictions quite like Vieira and Keane.

Vieira just about has the edge, but picking between the two is every bit as challenging as deciding between Frank Lampard and Steven Gerrard or John Terry and Rio Ferdinand.