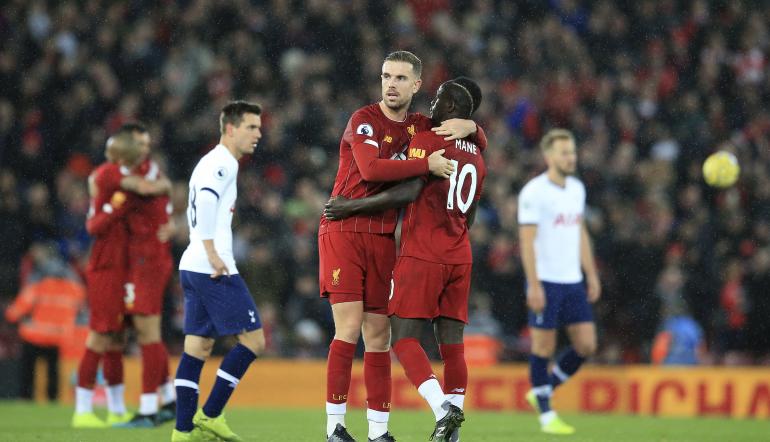 Tottenham’s early goal threatened to derail Liverpool’s title challenge but Jurgen Klopp’s side battled back to claim a hard-fought win last weekend. That victory meant that Liverpool maintained the six-point gap to Manchester City at the top of the Premier League table.

Pep Guardiola’s side were frustrated in the first half against Aston Villa but pulled away in the second period, running out 3-0 winners at the Etihad Stadium. It was a clinical second half performance and City fans went home satisfied in the end.

Meanwhile, Leicester City equalled the Premier League’s biggest win with a sensational 9-0 triumph at Southampton. Brendan Rodgers’ side sent shockwaves across England’s top flight with that victory – it was another famous Premier League moment for the Foxes.

Enough about last weekend though, it is time to preview this weekend’s biggest games. The Premier League table is starting to take shape and fans will be hoping for excitement, drama and entertainment in Gameweek 11.

Bournemouth have lost just once at Vitality Stadium this season and the Cherries will fancy their chances ahead of this weekend’s contest. Eddie Howe’s men have gone five matches without a win but it would be foolish to write Bournemouth off just yet.

Man United have won three away games in the space of a week and the Red Devils will be quietly confident of extending that run here. Ole Gunnar Solskjaer’s side have fresh injury concerns but United’s squad is deep enough to cope ahead of Saturday’s clash.

The Red Devils have won the last four meetings between the sides and plenty of punters will fancy United to prevail. Take the 57/50 for Solskjaer’s men to prevail in the early kick-off.

Aston Villa have won three of their last four games in all competitions and the hosts will be on a high after reaching the League Cup quarter-finals. Dean Smith’s men have scored in six of their previous eight matches and we could see an entertaining affair at Villa Park.

Sitting pretty at the top of the table, Liverpool got back to winning ways against Tottenham last weekend. It wasn’t plain sailing but the Reds showed incredible resilience to come from behind and Jurgen Klopp’s men will take some stopping in their pursuit of glory.

888sport punters should consider the 17/20 for Liverpool to win by a couple of goals on Saturday afternoon. The Reds should prove too strong for what should be a spirited Villa side.

Watford are the only top flight team without a win this campaign and you won’t find many punters backing the Hornets here. With just five goals scored in 10 matches, Watford have failed to inspire confidence and it is hard to envision a change in fortune this weekend.

Chelsea are up to fourth in the Premier League table after a run of four successive victories. Frank Lampard will have his troops primed and ready for war ahead of Saturday’s clash and Chelsea have won four of their last five matches against Watford.

Lampard’s side are in fantastic form and that League Cup defeat shouldn’t slow the Blues down too much. Take the 41/20 for Chelsea to win with both teams scoring at Vicarage Road.

Everton have lost just two of their previous 11 home games in all competitions and Toffees fans will be hoping for a positive result on Sunday afternoon. Their record against Spurs is shoddy at best but Marco Silva’s men could put Tottenham to the sword.

Tottenham started well at Anfield last week but Spurs crumbled in the second half – an all too familiar occurrence in recent years. Mauricio Pochettino’s side have struggled to string a run of results together and another Merseyside defeat could be on the cards.

Over 2.5 goals has landed in each of the last five meetings and that looks like the way to go again this weekend. 7/10 is a solid price given the high-scoring history of this fixture.