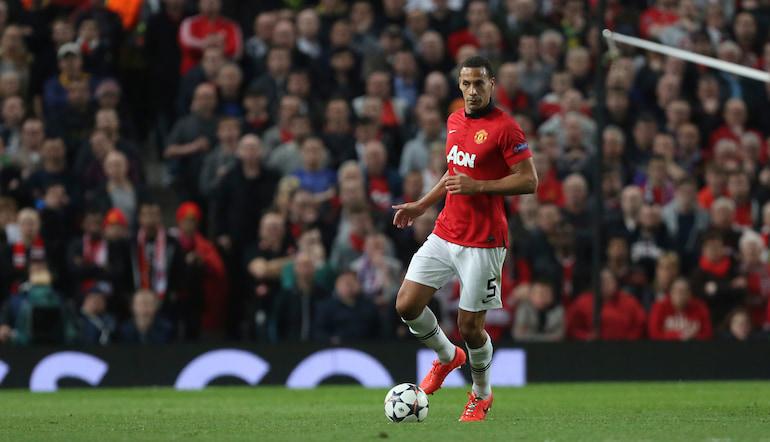 Rio Ferdinand is one of the best footballers of the 21st century. It’s several years since he was of relevance in football betting, but the former Manchester United central defender is a great at club and international level.

A member of the Golden Generation, Ferdinand excelled at one of the most successful football clubs in England, he won all there is to win in English football and represented his country with years of world class performances.

Most often seen in the BT Sport studio these days, Ferdinand has become one of the most-used pundits for Premier League and Champions League action.

This has all helped boost an already hefty Ferdinand net worth. He often stars on BT alongside former Manchester United and England teammates.

A long stint at Manchester United helped Rio Ferdinand build a net worth in the region of $75 million, according to Celebrity Net Worth.

Signed for a record fee back in 2002, Ferdinand was one of the highest-paid Premier League players throughout his spell at Old Trafford.

He remained at the club until 2014, and obviously had numerous endorsement deals along the way. His net worth will have been helped out by some of his various projects over the years.

Ferdinand has been involved in music, film and of course will receive a useful paycheck from BT Sport for his work as a pundit on domestic and European football.

Rio Ferdinand married Rebecca Ellison in 2009, three years after they had their first child together. Rio and Rebecca had two more children together.

Despite Rio’s reluctance to talk about finding another partner, Rebecca gave her blessing and encouraged him to look for love once she was gone. Rebecca left a message for Rio through her close friend, Lisa.

The former star of The Only Way Is Essex, Wright has given up her job to be a full-time step-mum to Rio’s three kids from his marriage to Rebecca, and the couple recently had their first child together.

Rebecca is the mother of Lorenz, Tate and Tia, and the former England central defender recently celebrated the birth of his fourth child.

Kate Wright and Rio had their first child in 2020, named Cree.

Rio has made sure to keep the identities of his children private throughout their lives, never posting pictures of their faces on social media.

Lorenz, Tate and Tia have all welcomed Kate into the family, and it was revealed the two sons walked Kate down the aisle at their marriage in 2015.

Lorenz congratulated the couple when they announced the engagement, posting, “So glad she said yes I am so proud of u dad and Kate love u both so much."

Rio Ferdinand’s brother is called Anton Ferdinand and he’s also a professional footballer. Anton is the younger of the two, and he hasn’t reached the same heights as Rio.

Despite making 17 appearances for the under-21s, Anton never made the breakthrough to gain a full international cap.

He’s best remembered for his years at West Ham, and went on to play for Sunderland and Queen’s Park Rangers. He most recently featured in football prediction news in 2018/19, when he was playing for St Mirren.

It’s fair to call them a football family. Rio is also the cousin of Les Ferdinand and Kane Ferdinand. Les is one of the most prolific strikers in Premier League history, while Kane has played for Southend, Peterborough and Woking.

Rio Ferdinand and Kate Wright have featured in their own documentary. It is titled Kate And Rio: Becoming A Stepfamily and follows the journey of Kate and Rio becoming a new family with Rio’s three children.

This isn’t the first documentary Ferdinand has been involved with, however. Rio Ferdinand: Being Mum And Dad was watched by people across the country regardless of their interest in football.

This documentary, available on the BBC, followed Ferdinand a year after losing Rebecca to cancer, as he tried to come to terms with his new life and, as the title suggests, playing the role of Mum and Dad.

Ferdinand won the Single Documentary BAFTA for Rio Ferdinand: Being Mum And Dad and delivered a touching, important speech on receiving the award.

He might have lifted the Premier League trophy six times in his playing career, but the vulnerability he showed in making Being Mum And Dad is at least is impressive as anything he achieved on the pitch.

Tweeting from @rioferdy5, Rio Ferdinand has just shy of 11 million Twitter followers. Since joining in 2010, he’s racked up well over 20,000 tweets, showing just how active he is on the platform.

"When you put a playing and managerial career together, you're talking about him in the same breath as Johan Cruyff." @GaryLineker, @rioferdy5, Joe Cole and Steve McManaman on why Zinedine Zidane should go down as one of the all-time great managers 🙌 pic.twitter.com/2SBFNJmWcu

Never shy to give an opinion, his account often features outspoken opinions on VAR or the latest news in football. He will also share BT Sport content and help to promote the Rio Ferdinand Foundation.

Rio Ferdinand and Kate Wright had their wedding on 27th September 2019. Ferdinand’s children were at the wedding, along with close family members from both sides. The wedding was held at D Maris Bay in Marmaris, Turkey.

It has been reported there were 150 guests at the event, including various TOWIE stars. American singer/songwriter Ashanti is also thought to have performed.

As with most celebrity weddings, exclusive rights were sold to OK! magazine. And as is customary for anything that happens in the 21st century, people were angry on the internet about the behaviour of the wedding goers.