How much is Roger Federer worth? One of the biggest names in sport history, the subject of Federer's net wealth is fiercely debated amongst tennis fans...

There is no more recognised name when searching the internet to bet on tennis online than Roger Federer.

Federer has been the face of men’s tennis for over 15 years, a player who has transcended the sport, dominated across surfaces and played the game with an elegance never seen before.

Let’s take a look at Federer’s career achievements and his earnings away from the court...

How Much Is Roger Federer Worth?

Roger Federer’s net worth is in the region of $450 million. That estimate puts him at over double of Novak Djokovic’s total of $220 million and far clear of Rafael Nadal at $200 million.

Federer’s riches cannot be compared to anyone in tennis. He was the seventh-highest earner among all athletes on Forbes’ 2021 list, just behind Neymar and ahead of Lewis Hamilton and Tom Brady.

Even such a high placing on the Forbes rankings represents a drop off for Federer, who earned more money than any other sportsperson in 2020 and ranked fifth for total earnings in the 2010s.

Beyond being a force in online sports betting for almost 20 years, Federer has been a mammoth success as a business.

With a career prize money total of $130,594,339, Roger Federer is second all-time in men’s tennis according to Spotrac. Only Novak Djokovic has earned more than Federer, though Rafael Nadal is just $6 million behind. 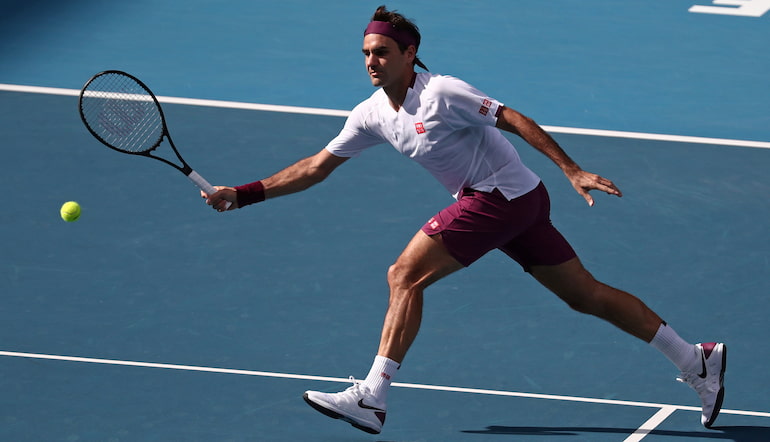 The three, as is the case with many tennis records, are miles clear of anyone else. Federer has earned over double as much prize money as Andy Murray, who sits fourth all-time.

Federer is even ahead of Tiger Woods, the golfer with the most prize money ever. Woods has received $127.2 million in prize money throughout his career, which is tens of millions ahead of the chasing pack.

As one of the most marketable people on the planet, Roger Federer has no trouble picking up endorsement deals.

Many of his partners have been working with him for over a decade, including Credit Suisse, Mercedes-Benz, Rolex and Wilson. The Swiss has the golden mix of success, likeability and a perfectly clean image on and off the court.

Nike are the only high-profile brand to split up with Federer, and it resulted in a record-breaking deal for one of the best tennis players of all-time.

Having spent two decades with Nike, Federer penned a 10-year, $300 million deal with Uniqlo. This is the sort of contract previously unseen in tennis.

It’s fully guaranteed, and will run long into his retirement, which is the case for many of his endorsement deals. Since breaking up with Nike, Federer regained his trademark ‘RF’ logo in 2020.

Other endorsement deals that have helped rake in the cash include Moët, Gillette, Barilla and Sunrise.

The numbers he has reached are comparable to only a handful of sportspeople – he’s a true phenomenon as a business, just as he has been on the court.

Roger Federer is tied with Novak Djokovic and Rafael Nadal for the most Grand Slam titles of all-time in men’s tennis. They have 20 apiece as of September 2021, with Federer’s most recent Grand Slam success coming at the 2018 Australian Open.

Federer has won in Melbourne on six occasions, a record which is bettered at Wimbledon, where he is the most successful male player ever.

Federer’s six in Melbourne has been surpassed by Djokovic, while he is tied with Pete Sampras and Jimmy Connors on five US Open wins.

Wimbledon is where Federer won his first Slam in 2003 and Centre Court has become a second home for him – he has lost in the final on four occasions, though, including several all-time great matches.

Having won five consecutive titles in New York and Wimbledon, Federer is tied for an Open Era record with Nadal and Bjorn Borg.

He’s also one of five players in the Open Era to win a Slam without dropping a set, a feat he achieved at the Australian Open in 2007 and Wimbledon in 2017.

Clay was always Federer’s weakest surface, and Nadal stood in his way at Roland Garros.

He’s only lifted the trophy in France once, but that achievement was a magnificent moment in his career as he joined Andre Agassi as the only man to complete the Career Grand Slam in the Open Era.

Winning 15 of the 40 available Grand Slams in the 2000s, Federer was truly dominant. Even way into his thirties, it’s rare he was anything other than an odds on favourite when looking to make tennis predictions.

Who Is Roger Federer’s Wife?

Roger Federer’s wife is Mirka Federer (previously Vavrincova). The couple married at Wenkenhof Villa in Riehen near Basel on 11 April 2009.

Mirka and Roger met at the 2000 Sydney Olympics, which they were both competing in. Cutting short her career because of a foot injury, Mirka has followed Roger around the world and has been there for many of his best moments.

Roger and Mirka Federer have four children. They remarkably have two sets of identical twins, the first of which was two girls born in 2009.

Five years later, the couple had boys. Their children are called Myla, Leo, Lenny and Charlene. 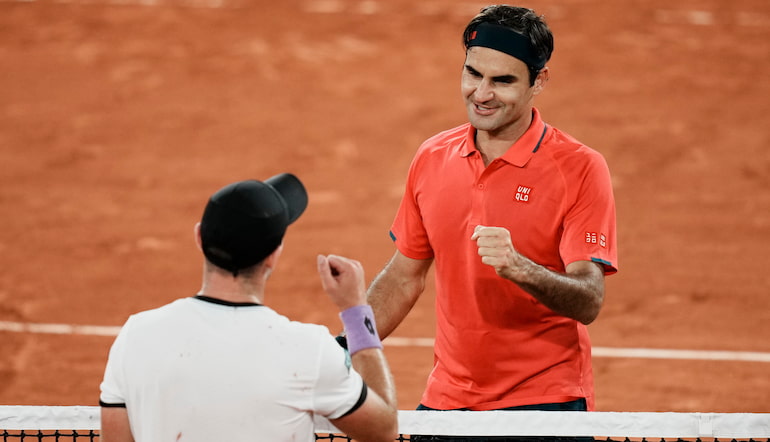 Despite coming from an impressive tennis background, the young Federers are yet to fall in love with the sport.

When asked about his children’s interest in tennis, Roger said, "I promoted tennis in my household with games against Rafa, Novak and so on. But they don't care."