Roger Federer, quite possibly the greatest tennis player of all-time, has retired. Here, we pay tribute to the 20-time Grand Slam champion 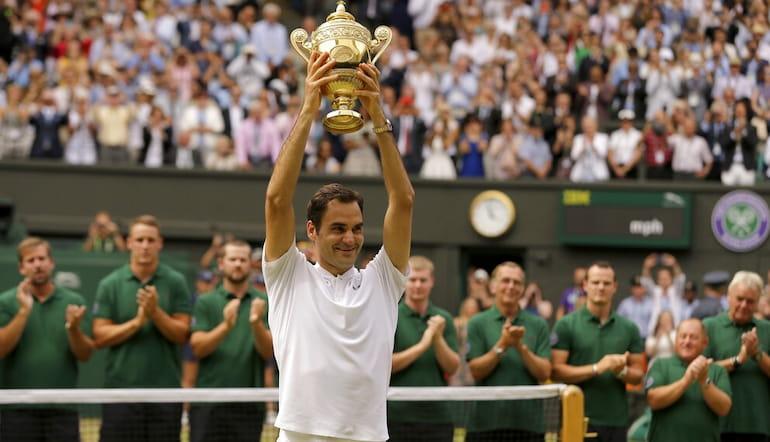 First, it was Serena Williams in early August. Then, Roger Federer in mid-September.

Their respective retirements were clearly not far away, but to see the two faces of tennis depart in quick succession is eerie. Logic dictates otherwise, yet it felt as if Williams would go on forever.

Injuries had hampered Federer for a couple of years, yet a similar air lingers, which is hardly surprising considering it is almost two decades since he began a spell of unprecedented tennis betting dominance with his maiden Wimbledon triumph.

Both Williams and Federer have slipped from the pinnacle of tennis live betting. Federer hadn’t made the last four of a Grand Slam since the start of 2020.

It was beautiful to release the news surrounded by my Mum and Dad and Mirka. Who would have thought that the journey would last this long. Just incredible! pic.twitter.com/0rRAMRSaRu

The 2021 Australian Open was Williams’ final semi-final appearance, and the Michigan native hasn’t won a Major since Melbourne in 2017.

Their current form did not diminish their status as the pre-eminent names in tennis. There is a wider GOAT debate, especially on the men’s side, but there is no denying that Federer and Williams are the biggest stars.

Careers in elite sport are short – Williams and Federer fought off ageing to compete at the top into their late-thirties – and retirements are a sad inevitability even for the greatest to ever do it.

This is an opportunity for others to fill the void of media coverage, of tennis megastardom, left by Federer and Williams.

Unlike other sports, losing Federer and Williams’ worldwide fanbases is not an existential threat. Rather, this can be a period of excitement.

Still, it is hard not to resort to ‘end of an era’ cliches. The noughties and tens were a fruitful time for individual sporting greatness.

Federer and Williams hanging up their racquets is the closing of a chapter, and further chapters will draw to a close as Lionel Messi, Tiger Woods, Lewis Hamilton and LeBron James announce their retirements in the years to come.

For Federer and Williams, like the aforementioned quartet, their legacy is multiple times more significant than their catalogue of records.

Both have compelling, objective cases to be considered the greatest. The numbers, the Grand Slam wins, and the weeks at number one do not do their careers justice.

Both retire within weeks of each other.

Both, for different reasons, are icons. Inspiration is thrown around too much in a sporting context, but it is befitting for Serena.

Federer, against warriors in Nadal and Djokovic, was an artist, bringing old-school suave on and off the court.

In decades to come, there will be a pre-Serena and post-Serena. In the men’s game, Federer’s appeal is going to stand the test of time in a way his peers might not, even if they have superior statistics.

This summer witnessed the end of two careers embedded in sports history. Neither were massive surprises given their ages, but that doesn’t prevent feelings of wistfulness and nostalgia.

If anything, this is a reminder to appreciate greatness in the moment. It doesn’t last forever.