Estimates value Sebastian Vettel wealth at over £100 million. We look closer at Vettel net worth figures and his Formula 1 career... 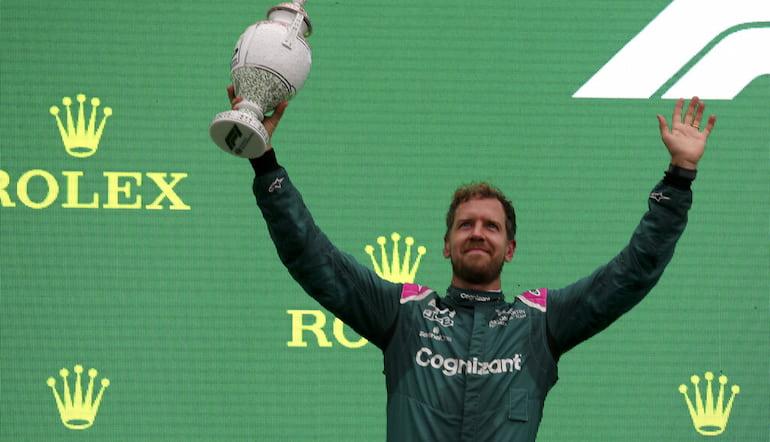 One of the biggest names in Formula 1 betting, Sebastian Vettel has represented some of the greatest brands in motor racing.

Now in the British racing green of Aston Martin, Vettel was a marquee addition for Ferrari after winning four world titles with Red Bull Racing.

He has amassed millions of pounds and records aplenty over what has been a spectacular career in the sport. However, it’s been a few years since Vettel was regularly picked in Formula 1 betting tips.

Still, he is one of the highest-paid drivers on the grid, and his voice carries weight both on motorsport issues and topics of far greater worldwide significance.

Sebastian Vettel net worth is around $140 million, which works out somewhere between £105 million and £110 million.

This comes in a long way short of Lewis Hamilton, who is in the £200 million range, but places the German far ahead of 2021 F1 world champion Max Verstappen.

There are vast sums of money available to the best Formula One drivers. Vettel has been a beneficiary of this throughout his career, and while he’s not the force he once was, he still ranks joint-fifth by Formula One driver salary in 2022. 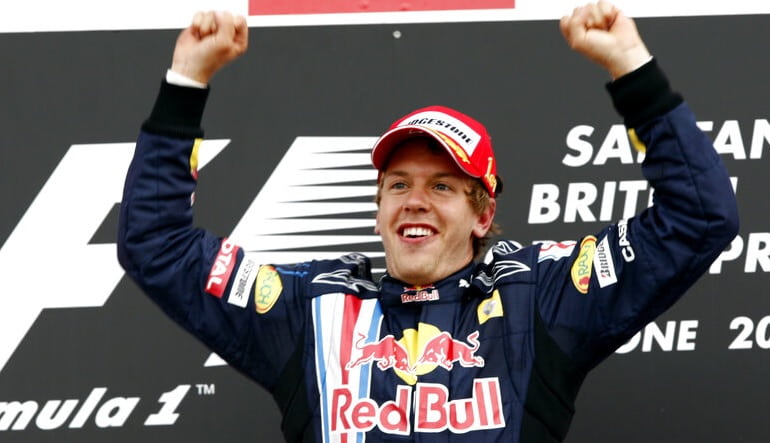 Vettel is tied with Daniel Ricciardo after the duo reportedly took pay cuts to join Aston Martin and McLaren respectively – they are both set to receive almost £12 million in 2022.

Vettel places ahead of former teammate Charles Leclerc when it comes to salary, though the Monégasque driver has much better betting chances this season.

On top of his F1 salaries, Vettel has partnered with numerous brands throughout his career. Working with Tirendo, Casio and Pepe Jeans, Vettel net worth has been boosted by such endorsement deals, and there are likely more to come in the future.

From the darkest days of his Ferrari stint to rumours in early 2022, speculation of Sebastian Vettel’s retirement from Formula One has been frequent.

While being 34 years old might mean the end is near in many other sports, Kimi Räikkönen, Fernando Alonso and Lewis Hamilton have shown that age is no more than a number in F1.

Räikkönen and Alonso have competed into their forties, and Hamilton remains a World Championship contender in the latter years of his thirties.

Ahead of Räikkönen’s retirement in 2021, Vettel spoke about his former teammate and where he’s at.

“I think he was a true character and I enjoyed the time I had with him as a team-mate, but to be fair I got to know him already before.

"He is probably one of the very few drivers I’ve met from day one until the present day that hasn’t changed in the sense that he has been very open, welcoming me as a young child or a young kid when I entered Formula 1…

Vettel clearly isn’t stressing over whether it’s time to retire. He was once again asked about his future plans when Aston Martin unveiled their 2022 car, and Vettel was non-committal.

He said, “First of all, we’ll see where we stand. From a certain point I’ll start thinking about the future. After my successes in the past, it is only logical that I still want to win. So my future will depend on that.”

The days of being embroiled in the best driver rivalries are a distant memory for Vettel and his fans. It doesn’t seem like retirement is imminent, but the competitiveness of Aston Martin in 2022 seems like it could change that.

The only 2022 Formula One driver without a social media presence, Sebastian Vettel is a family man who prioritises his privacy. He married Hanna Prater in a private ceremony back in 2019, and the couple have three children together.

Vettel has a brother, who is also involved in motorsport, and two sisters. He’s previously claimed his three heroes growing up were ‘the three Michaels’ (Schumacher, Jackson and Jordan). 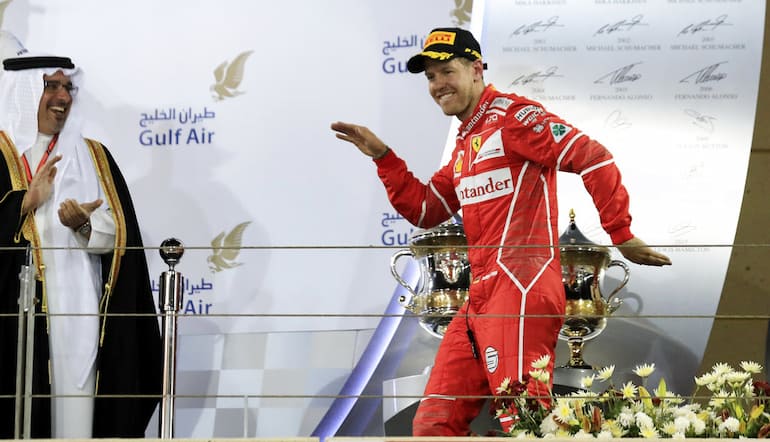 Living in Thurgovia in Switzerland, it’s rumoured that Vettel has numerous properties in the area, but he has made a significant effort to keep details away from the public. He even asked the Canton of Thurgau to delete his online registry data.

While minimal information is known about Vettel’s home(s), it is widely reported that he owns a stunning, £5 million farmhouse, where it’s thought he spends the majority of his time away from the track.