Who Are The Top Team GB Athletes To Follow At Tokyo 2021?

Which Team GB athletes have the best chance of winning at Tokyo 2021? We look at Olympics tips on the top British medal prospects... 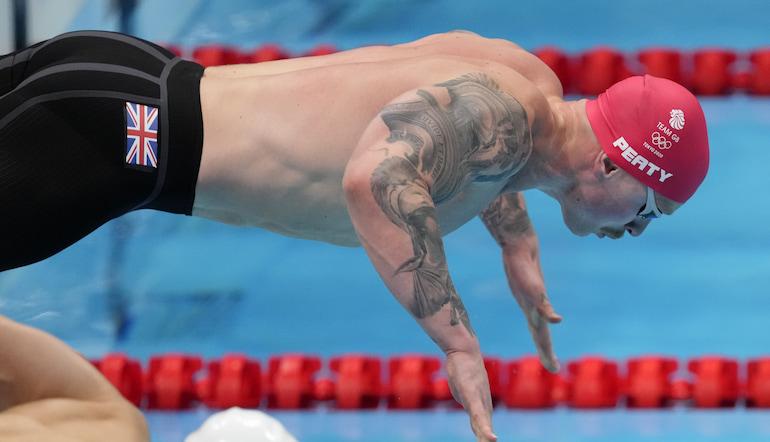 Tokyo 2021 is finally here and sports betting fans will be following the Olympics closely over the next few weeks.

Team GB finished second in the medal table at Rio 2016 and there is plenty of optimism as British athletes prepare to head to Tokyo.

Some of these athletes are among the best in the world, others are just starting out on their journey to the top.

Here, we look at some of Team GB’s best chances of an Olympic medal this summer, starting with the Usain Bolt of the swimming pool, Adam Peaty.

The king of breaststroke, Adam Peaty is regarded as Team GB’s best chance of gold in the pool at Tokyo 2021.

To put his dominance into perspective, Peaty has recorded the 16 fastest times in 100m breaststroke history and he remains the only man to go under 57.00 in the event.

Peaty will take some beating in his favoured event and the Team GB swimming squad will be disappointed if he fails to defend his Olympic title. You won’t want to miss Peaty in action…

Jones was still just a teenager when she won her first Olympic taekwondo gold in London but she followed up that triumph at Rio 2016 four years later.

In addition, Jones would also become the first British female athlete to win gold medals at three successive Olympic Games – making her one of the most decorated Team GB athletes of all-time.

With skateboarding included in the Olympics for the first time, 13-year-old Sky Brown has the chance to turn a few heads at Tokyo 2021 with her incredible tricks.

Brown was born in Japan but qualifies to represent Team GB through her English father – though she spends most of her time residing in Japan and the United States.

She has worked with skateboarding legend Tony Hawk but has no professional coaching, with Brown learning new tricks from YouTube. She has competed professionally since she was just eight years old!

The greatest female sprinter in Team GB history, Dina Asher-Smith cemented her status as a top contender after claiming three gold medals at the 2018 European Championships.

A year after winning the 100m, 200m and 4x100m, she claimed gold in the 200m and silver in the 100m at the World Championships – breaking the British record in both events.

With Sha’Carri Richardson ruled out of Tokyo 2021 due to suspension, Asher-Smith will fancy her chances in the 100m while a medal in her favoured 200m event looks likely.

Max Whitlock announced himself on the Olympic stage at Rio 2016, winning gold in the pommel and floor to spearhead the Team GB gymnastics squad.

While he recently fell at the European Championships, Whitlock is confident of a big effort at Tokyo 2021 and he will focus solely on defending his pommel title in Japan.

The 28-year-old is likely to be a warm favourite to clinch gold once again but Whitlock will face stiff competition from several rivals, including Ireland’s Rhys McClenaghan.

On the verge of becoming the most successful female Olympic sailor of all-time, Hannah Mills will be hoping to defend her 470 class title from Rio 2016.

Team GB have an excellent record in sailing events at the Olympics and Mills could be set to cement her status as a British sailing heroine. A podium at Tokyo 2021 will be enough but she will be chasing that gold…

Kenny has won gold at each of the previous two Olympics and will fancy her chances in the team pursuit, omnium and Madison this summer.

The postponement from 2020 to Tokyo 2021 benefited Kenny after she suffered a shoulder injury last year and the 29-year-old is now fighting fit and ready to go to battle in the velodrome.