Who Are The Biggest Names In UFC History?

Who are the most famous UFC fighters to step into the Octagon? Here is our take on the five biggest names in the sport 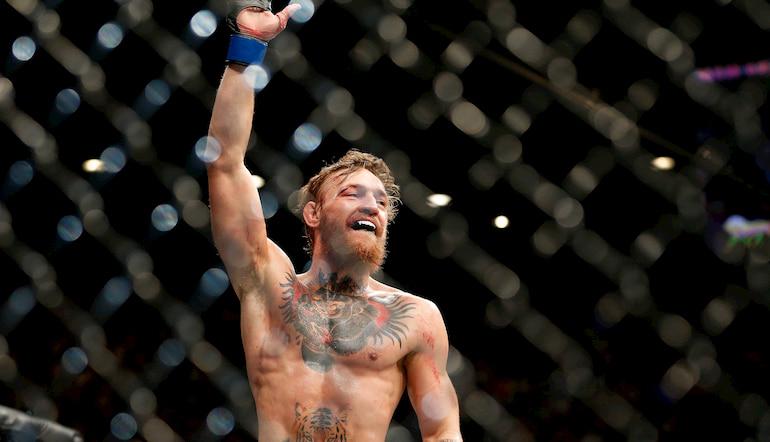 Mixed martial arts has been around for decades but UFC has really taken off in the last 20 years or so. In fact, the sport is now arguably more popular than it has ever been.

One of the main reasons for UFC’s success is personality. Both in terms of the sport itself and its fighters, you have to be a specific type of person to succeed in UFC – both in and out of combat.

There are a few UFC stars who narrowly miss out on this list. Nate Diaz, Daniel Cormier and Brock Lesner all deserve a token mention – though our rankings are entirely subjective of course.

Without further ado, it is time to take a closer look at our five standout UFC fighters. Who is the biggest icon in UFC history? Scroll down to check out our list.

Sneaking into the top five is Khabib Nurmagomedov. Some may say his inclusion in this list is a tad far-fetched given the calibre of fighters but Khabib is a global superstar and he is well worth his place in our UFC fighters rankings.

With over 15 million Instagram followers, Khabib is incredibly popular with new UFC betting tips followers and his impact and influence on promoting the sport in recent years has really helped to attract a wider audience.

Khabib’s fight with Conor McGregor at UFC 229 still holds the record for the most PPV buys, with an estimated 2.4 million purchases in the United States alone.

Supremely talented, Jones made unprecedented strides through the UFC rankings and his legacy is firmly established as potentially the greatest MMA fighter of all-time. When Jones got going, he was impossible to stop.

After suffering the first defeat of his professional career in 2009, Jones embarked on one of the best winning streaks in UFC history. He won 14 consecutive bouts, beating the likes of Daniel Cormier, Chael Sonnen and Vitor Belfort.

Having dominated the lightweight division, Jones became the youngest UFC champion of all-time when winning the light heavyweight belt in 2011. His list of achievements is ridiculous.

The first name to spring to mind when thinking of women’s MMA, Ronda Rousey was an absolute animal in the Octagon. Rousey really helped to put UFC on the map, becoming the first ever female champion.

In fact, the American went undefeated for nearly three years – a run that ranks along the best UFC veteran streaks in the sport. Rousey was the headline act for various PPV events and her influence helped to revolutionise the UFC game.

Having thrived at the top of the sport for so long, Rousey became the first female fighter to be inducted into the UFC Hall of Fame.

Widely regarded as one of the most talented UFC fighters of all-time, Anderson “The Spider” Silva dominated the middleweight division during his career. He was the longest reigning champion in UFC history – a fact that shows just how superior he was.

At his brilliant best, Silva was unbeatable. The Brazilian amassed an incredible run of 16 consecutive victories, with 10 defences of his UFC middleweight crown, before losing to Chris Weidman in 2013.

Second only to Conor McGregor in terms of popularity, Silva has been named the greatest UFC fighter of all-time by the likes of Dana White and Joe Rogen.

The name that everybody knows, Conor McGregor is undoubtedly the most famous and well known UFC fighter in the history of the sport. Nicknamed “The Notorious”, McGregor was popular in UFC betting odds since breaking into the sport in 2013.

The Irishman instantly caught the eye, recording a number of sensational knockout wins early in his career. Aside from his impact in the Octagon, McGregor attracted lots of attention for his behaviour in press conferences.

To this day, McGregor has headlined some of UFC’s biggest PPV events and he remains an iconic figure with MMA fans.