Man City are defending champions and are chasing a third successive title. How will Pep Guardiola's side fare this season? 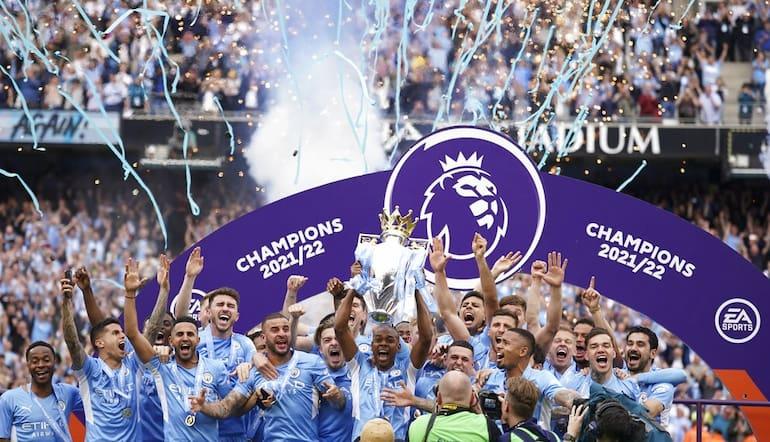 With four Premier League titles in the last five years, Man City set the standard in England’s top flight and they are the team that everyone has to beat.

Pep Guardiola has done a tremendous job since taking over at the Etihad Stadium, building one of the most dominant squads in the history of English football.

Rightful favourites for the title in Premier League betting odds, City will take some stopping as they look to become only the second club to win three successive top flight titles.

While rivals Manchester United have accomplished that feat on two occasions, this City side are arguably the greatest team in Premier League history in terms of standard.

It will be business as usual once again for City as the defending Premier League champions bid to make it five titles in the space of six years.

It doesn’t matter who comes in and who goes – this Manchester City juggernaut is terrifying and supporters should just six back and admire the quality on show at the Etihad Stadium.

Putting in the work 💪#ManCity pic.twitter.com/24yd7qndCc

Kevin de Bruyne is the best player in the Premier League and the supporting cast aren’t bad either, with everyone doing their bit to ensure City remain at the top of world football.

While the likes of Gabriel Jesus, Raheem Sterling and Fernandinho are no longer at the club, City are unlikely to be adversely impacted – they have strength in depth all over the pitch.

What a signing Erling Haaland could be. If there’s one area that City needed to improve, it was upfront and the former Borussia Dortmund man can thrive in the Premier League.

Just imagine how many goals Haaland will score in that City attack. The thought of it is quite frightening and it is enough to put the fear of God in rival supporters. 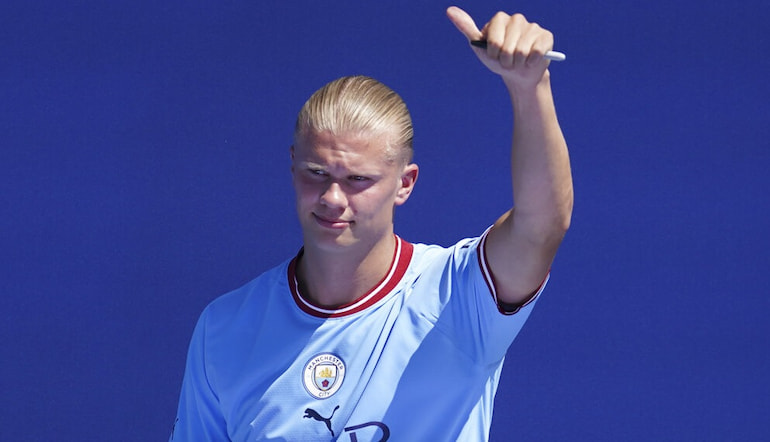 In addition, City replaced Fernandinho with England international Kalvin Phillips. The former Leeds man looks like a typical improver and Pep will surely get the best out of him.

And once Oleksandr Zinchenko completes his £30 million move to Arsenal, the door will be open for City to sign Marc Cucurella – who might even be an upgrade on the Ukrainian.

How Can Manchester City Improve?

With 99 goals scored, 26 goals conceded and 93 points accrued from a possible 114 in 2021/22, it is hard to pinpoint a specific area of improvement for Manchester City.

Furthermore, City had an excellent record against the ‘big six’ – picking up more points in games against their rivals than anyone else (20 from a possible 30).

Those looking at placing an online football bet on City to win multiple trophies would do well to remember their struggles in the Champions League though.

That maiden victory in Europe’s elite club competition continues to elude the Citizens, and that is one area where Pep in particular will be desperate to pull through.

In addition, Guardiola and his team have recruited tremendously well – improving key areas of the pitch and Cucurella will be another welcome addition if that goes through.

I’m backing City to win the title by at least five points this season. It won’t make for any final day drama but City won’t care.