World Cup 2022 Team Guide: Everything You Need To Know About Tunisia

Here, we look at the Tunisia national team ahead of the 2022 World Cup. Scroll down for everything you need to know on Les Aigles de Carthage 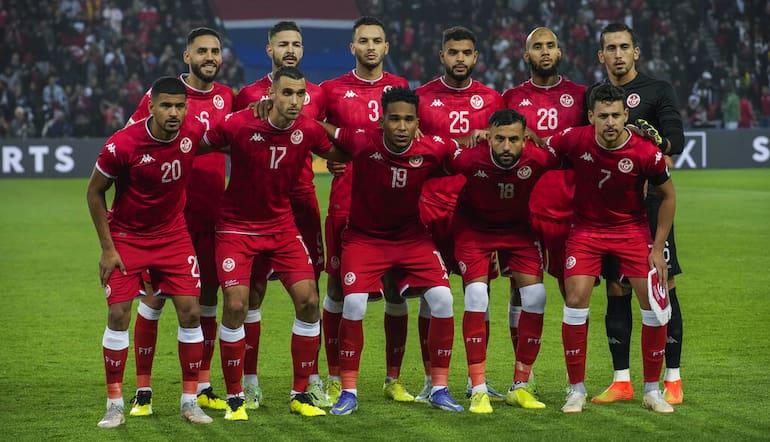 How will Tunisia fare at the 2022 World Cup? Join @SteTudor123 as he looks at Les Aigles de Carthage in his everything you need to know guide ahead of this winter's competition...

Tunisia History at the World Cup

After gaining independence from France in 1956, Tunisia steadily evolved as a footballing nation, eventually qualifying for their first World Cup in 1978 with the aging squad of what is still deemed today their ‘golden generation’.

In South America, the Eagles of Carthage equipped themselves well, becoming the first African side to win a World Cup fixture by beating Mexico in their tournament opener.

A narrow loss to Poland and an admirable draw with reigning champions West Germany saw them just miss out on progressing from their group.

This was an encouraging introduction to the global stage but sadly then came decline, with Tunisia absent from the competition for the next two decades, their golden generation long retired.

In recent years however, they’ve found a way back, reaching three consecutive finals between 1998 and 2006 and then participating four years ago in Russia.

Granted, Tunisia have yet to compete in a knock-out game in the finals but last year’s AFCN quarter-finalists are in good shape to do so on this occasion, with decent technical players throughout the side.

So long as they’ve allowed, that is.

Even at this late juncture there remains a doubt about Tunisia’s involvement in Qatar, with FIFA seriously troubled by the Tunisian government meddling in footballing matters, in doing so undermining the country’s football federation.

A tournament ban cannot be ruled out.

The national team is colloquially known as Les Aigles de Carthage (The Eagles of Carthage) and if the players are at a disadvantage on the pitch, they can at least lay claim to having the coolest nickname in the competition.

The ancient city of Carthage was once one of the most influential and affluent of the classical world. It now makes up part of Tunis, the country’s capital.

A bald eagle meanwhile, is prominent on the team’s badge.

World champions four years away, and with an all-star cast, France have to be strongly fancied to lead the charge out of Group D though Denmark are dangerous too. Ranked 11th in the world, the Danes impressed by going deep at Euro 2020.

For Tunisia to reach the last 16 for the first time, one of these giants must be slayed, while a result against group outsiders Australia is a must.

Subtle print patterns are everywhere at this World Cup and Tunisia’s home and away kits are no exception, with Kappa honouring the Carthaginian military leader Hannibal and the distinctive armour that he favoured in battle.

Both shirts are identical save for a switching of colours from red on white, to white on red. The third shirt, however, is a thing of beauty.

Tunisia release their new third shirt! The colour has been chosen to reflect and celebrate their historical culture around the olive tree. pic.twitter.com/olKv13DQAc

Who Is The Tunisia Manager?

Jalel Kadri’s former clubs could form a league, such is their high number and it’s disconcerting that a relatively young manager has burned through so many opportunities since first stepping into a dug-out in 2001.

A short stint coaching the under 20s and two spells as an assistant at national level means he is a familiar presence within the Tunisian set-up.

Montpellier forward Wahbi Khazri will be known to Sunderland fans, after making 38 appearances in the North-East before departing in 2018.

With 24 goals in 71 international outings, the 31-year-old is the one to watch in the live betting markets, his eye for a strike making him a constant threat.

This has to be one of the best goals you'll see this season... 😮‍💨

The Eagles of Carthage are 13/2 in the World Cup betting to overcome Denmark in their opening game and its 90 minutes that will define their whole adventure.

With a good defensive record of late and an industrious midfield, Tunisia certainly have the means to frustrate their betters.

Elsewhere, progress beyond Group D is the sum of their ambitions and if you were unfortunate enough to get Tunisa in the office sweepstake, there is very little need to keep hold of your slip.