The World Golf Rankings are useful when betting on golf but who are the best golf players in the world? 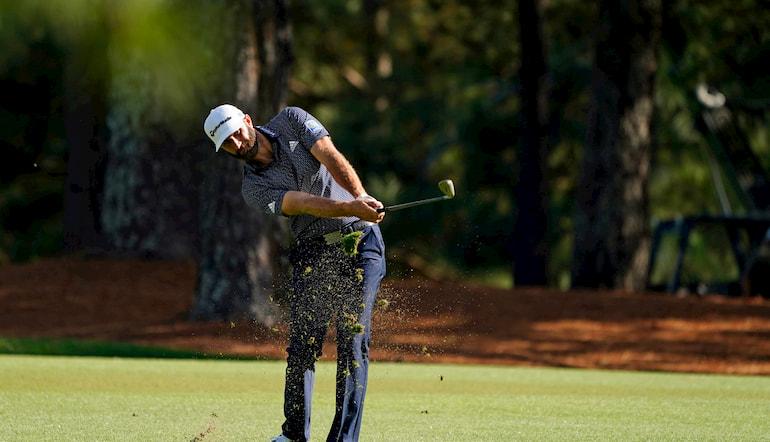 The golf calendar is always quiet during the winter months but golf betting fans don’t have too long to wait for the return of major golf competitions.

The World Golf rankings are updated on a regular basis, keeping passionate golf followers in the know with any movers and shakers in the golf player standings.

At the time of writing, 2020 US Masters champion Dustin Johnson is the world number one – the American has been one of the most consistent players in recent years.

The official World Golf ranking system is used for ranking the performance of professional golfers and it was first created back in 1986.

These rankings are based on a player’s position at individual competitions over a ‘rolling’ two year period, with weekly ranking updates.

The rankings are important for various reasons, with the most important being that the World Golf Rankings are used as part of qualifying criteria for some of the top competitions.

How Are World Golf Rankings Calculated?

Although not the easiest rankings system to understand, the World Golf rankings are simple enough to calculate. Essentially, a golfer’s World Ranking is calculated by dividing their points total by the total number of events played.

Once obtained, players are then ranked according to their average points total, with the highest points tally taking top spot in the World Golf rankings.

There are a few factors that effect the World Golf rankings, with the first step relating to event ranking. From there, the algorithm calculates player rankings, adjusted rankings and ranking average to determine the final standings.

As previously mentioned, a golfer’s ranking is crucial to a successful career. If you rank in the top 50 of the World Golf rankings, you are automatically entered to all the majors and World Golf Championships events.

Meanwhile, rankings points are also considered in qualification criteria for the European Ryder Cup team. The World Golf rankings help select the field for other competitions too.

The World Golf rankings are updated on a weekly basis, with changes in the order few and far between in the winter but a busy summer schedule means plenty of movement in the order.

The official World Golf rankings contain plenty of useful information, with comparisons to previous weeks and years, the total points earned for each golfer and the number of events played.

As the World Golf rankings are based on an average score per event, it is fascinating for golf fans to scroll through and look at the different leaders for each section.

Here is a basic look at the latest World Golf rankings – who will rank as the best golfer in the world next week?

It will come as no surprise to avid golf betting followers that the United States leads the way with seven players in the World Golf rankings top 10. Punters will fancy Team USA to get the better of Team Europe in the upcoming Ryder Cup...

Dustin Johnson is the best golfer on the planet and he deserves his spot at the top of the World Golf rankings.

Brooks Koepka has had an excellent record at majors in recent years but the American has slid down to 12th in the World Golf rankings, largely as a result of gaining just 89.30 points in 2020.

Historically, Justin Rose and Paul Casey have led the way for England but Tyrell Hatton and Matthew Fitzpatrick now top the best English golfers list for 2020.

An unwritten rule relating to the World Golf rankings is to follow the ‘points gained’ column in the table. Here, you can see which players have thrived this year while others may have struggled.