Christian Horner is an iconic figure in Formula 1 but what is the Red Bull principal's total estimated net worth? 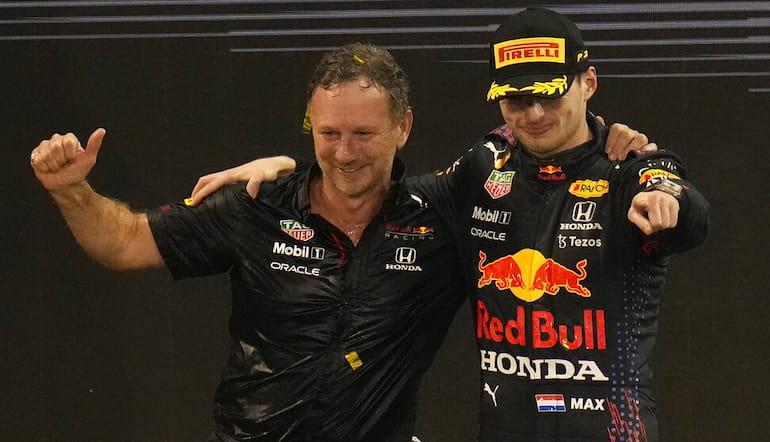 Christian Horner has overseen dominance of Formula One online betting.

His Red Bull team were near enough unbeatable in the early 2010s, and he played a central role in the dramatic, and wildly controversial, 2021 season as Max Verstappen beat Lewis Hamilton to the Drivers’ Championship.

Horner is not afraid to step in front of the cameras. Those engaged for F1 betting odds will be familiar with the Red Bull principal thanks to his frequent interviews and mid-race comments to the Sky Sports team.

There is no doubting that Horner is one of the most powerful men in the sport. He’s a celebrity in his own right at this stage, a man who led the emergence of a new team, who has played a pivotal role in the development of two of the 21st century’s great young talents in Verstappen and Sebastian Vettel.

What Is Christian Horner's Net Worth?

Christian Horner’s net worth is roughly £40 million. Despite not making it as a driver himself, he’s made plenty of money through his involvement with Formula One.

While his rival Toto Wolff is a part owner of Mercedes F1, Horner is no more than an employee of Red Bull. Still, he’s the face of the team (other than the drivers) and has been synonymous with everything to do with the Austrian company’s exploits in the sport.

Horner has been the leader for every one of their race wins, fighting the team’s corner in moments of controversy and standing up for his drivers when required.

Without the non-F1 income of Wolff, Horner’s net worth figure does not get close.

Wolff is worth roughly £500 million thanks to numerous successful investments, while Horner has been far more focussed on the management side of things in racing even before taking over as Red Bull boss in 2005.

How Much Does Christian Horner Earn?

Christian Horner has a reported salary of $10 million. This comes in just above Toto Wolff’s mark of $9.45 million. They are the two highest-paid executives in Formula One.

While there is no exact figure for Mattia Binotto’s wage at Ferrari, the Prancing Horse is not paying Binotto anywhere near what Horner and Wolff receive. Most reports come in at well under $5 million per year for the Italian.

Spending so many years coming out on top in Formula 1 betting tips has paid well for Horner. He’s hired the right people at the right times and been ruthless when required.

Christian Horner was married to Beverley Allen. The couple have a child together, born in 2013. Horner is now married to former Spice Girl Gerri Halliwell – their engagement was announced in 2014 and the wedding took place the following year.

The Red Bull boss has a son with Halliwell, who was born in 2017. He is also the stepfather to Halliwell’s child from a previous relationship.

Horner got Halliwell an engagement ring believed to be worth £80,000. Their wedding was unsurprisingly packed with celebrities, including Emma Bunton and Jennifer Saunders.

Halliwell spoke about the wedding on Good Morning Britain a few years ago.

She said, "People talk about their wedding day and until you get there, you don't really know what it's going to be like. It truly was the happiest day of my life, it was so amazing.

"The thing is my mother, she got divorced so it kind of put me off a bit if I'm honest and I hadn't met anyone that I felt it was right [with] really. And when I met Christian, I automatically knew, I did, I actually said to my friend, 'I think I've met the man I want to marry'."

The family lives together across a couple of homes. They own a mansion in Hertfordshire and a fancy country estate in Banbury, which often pops up on their social media channels.

Horner spoke of the farmhouse, viewing it as his place to switch off.

He said, “Restoring the farm has been my hobby – the way I put racing out of my mind. The main house is finished but now the barns are being converted.”

Initially competing as a driver in karting and Formula Renault, Christian Horner’s first foray into team management came when he founded Arden in Formula 3000 in the late-1990s.

Horner was driving for the team but had limited success. He has since said that trying to drive with Colombian star Juan Pablo Montoya was a key moment in his decision to step away from driving and focus on management.

Arden were dominant in Formula 3000. Vitantonio Liuzzi starred as they won eight of 10 rounds in 2004. Helmut Marko had brought Liuzzi to the team with sponsorship from Red Bull, which was the beginning of Horner’s relationship with the company.

When they bought Jaguar in 2004, he was hired as team principal, becoming the youngest in that role at the time.

The first season was a bit rushed for Horner, having been hired just a couple of months before the opening race, but they made marked progress, picking up 25 points more than Jaguar had done in 2004. Horner was central in the hiring of Adrian Newey, who joined the team for the 2006 season.

It wasn’t until 2007 that Newey’s impact was really felt, though, and the team had improved reliability after switching to Renault engines. Mark Webber arrived, too.

Progress wasn’t linear, but there was positivity around the team. Sebastian Vettel and Webber combined for six race wins in 2009 – that was just the start of a spectacular run.

In less than a decade, Horner had taken Red Bull from newbies to one of the most successful F1 teams.

The rest of the decade was largely frustrating for Horner and his team. They couldn’t consistently stay close to Mercedes, and there was tension with their engine providers. Horner often hit the headlines as he cycled through drivers, but he struck gold with Max Verstappen.

Following one of the most shocking moments in F1 history, the Dutchman won Red Bull’s fifth Drivers’ Championship at Abu Dhabi in 2021.

F1
Formula 1 Tips
About the Author
By
Sam Cox