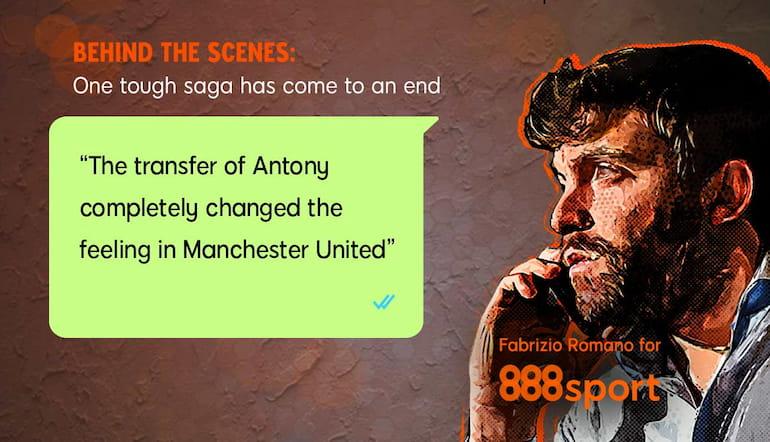 One of the toughest negotiations of the summer has finally been completed. Antony is a Manchester United player.

It was a complicated week in direct discussions between Ajax and Manchester United, because the Dutch club for over 15 days did not even intend to sit at a table and negotiate for Antony.

A total closure that worried Manchester United to the point of having considered many alternatives, from Cody Gakpo to Marco Asensio who were part of the list but those have never really been close to Man United because Antony has always remained the priority of the board and of Erik ten Hag.

Yes, the Dutch manager who is more than just a manager for Antony; if the Brazilian star reached these levels he owes a lot to ten Hag, the manager who believed in him when he arrived from Sao Paulo and made him a €100m player, the highest paid player in the history of the Eredivisie.

Manchester United had included Antony in the list of top targets as early as the end of May, in the first meeting with Erik ten Hag who made his name as top player for present and future.

But there was no opportunity to negotiate with Ajax because the Dutch club and in particular the new manager Alfred Schreuder wanted to keep him at all costs.

Man United had planned a €55m proposal which was not even considered feasible by Ajax.

After months of discussions, Manchester United have had to wait until late August as part of a strategy that has seen Antony as the main target over other candidates for a long time. 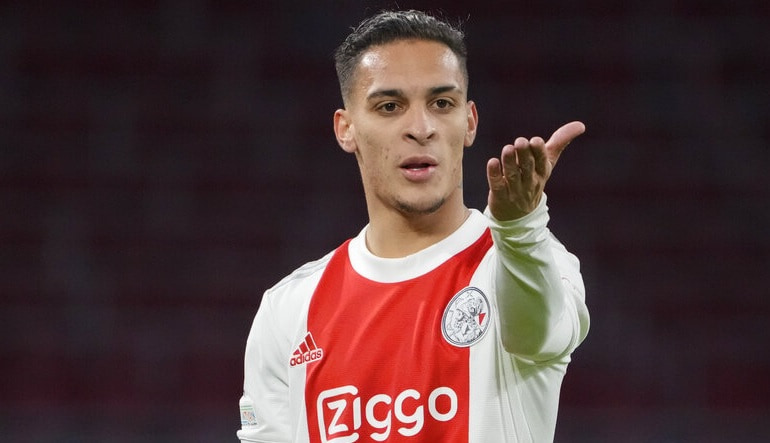 At the beginning of August, a total agreement on personal terms was reached: Antony gave the green light together with his agents for a contract valid until 30 June 2027 with an option for further season, his choice was made with priority to Man United despite phone calls from another Premier League club that tried to explore the situation without success.

But the last 10 days of August were very difficult for the negotiations with Ajax.

Manchester United made an official €80m proposal earlier this month, turned down by Ajax without even being open to negotiations on add-ons structure, payment terms or details that would get you closer to Antony's signing.

"No way", the response of the Dutch club who wanted to support the manager until the end. But since then the player has been a key factor in the deal; Antony started to stop training with Ajax first team, a strong message arrived two days before the match against Sparta Rotterdam as Antony decided not to travel with the team to Rotterdam and await updates for his situation on the market.

An agreement has been reached for the transfer of @Antony00 🤝🔴#MUFC

In fact, the player claims to have already warned Ajax from last February through his agents: no intention of proceeding for another season in Amsterdam, the two-year project is over and the idea of leaving Ajax with great respect to try a new experience in the Premier League, his dream since he was a child.

For a whole week, Antony never showed up in training with the first team but he always worked alone or in the gym, a strong strategy that he did not want to follow but which he chose because it was the only way to convince Ajax to negotiate with Manchester United.

The English club waited for him until the end despite a new €90m proposal turned down 10 days ago - without changing the target but with the desire to satisfy Erik ten Hag on one of the priority signings of the summer for the Man United project.

Then last Friday, Antony broke the silence and he told me: "I want to leave, I thank Ajax but I ask them to free me to follow my dreams", an exclusive interview in which I had the opportunity to understand the player's feeling.

Manchester United only - no other options for present and future.

This is why Ajax - in particular Edwin van der Sar, still in excellent relations with Man United - have decided to negotiate on Sunday up to a total agreement of €95m guaranteed fee, € 5m easy add-ons and also the payment of the percentage of solidarity to Sao Paulo by the Red Devils.

An impressive deal with huge amounts, an important contract for the Brazilian star but also a completely different feeling around Man United after signing Casemiro, Antony and winning the last two games with Erik ten Hag finally in full control of the situation.

Antony had medical tests on Monday night, signed and became one of the most expensive players in the history of Man United. Good luck, the Premier League is waiting for him!