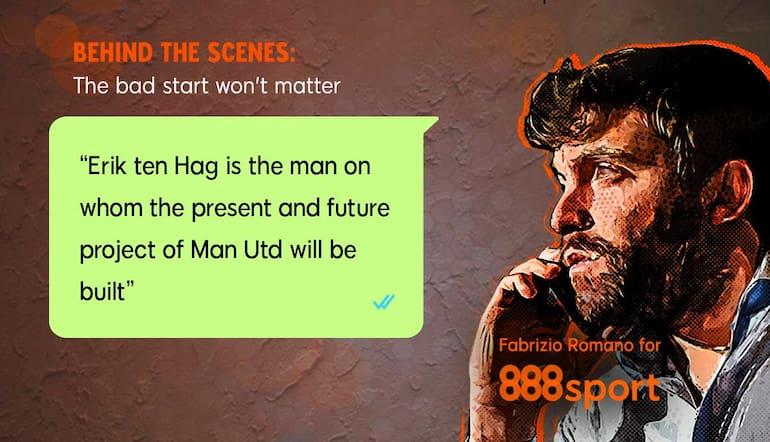 Because bringing a top club back to the levels of many years ago is never easy, in some cases it also requires many seasons as happened for example in Italy with Inter and AC Milan which needed almost 9/10 years to return to winning a title in Serie A.

The Manchester United structure is now very dependent on Erik ten Hag: the new manager is the man on whom the present and future project will be built, with his indications and ideas always supported.

Also during this summer, Manchester United have tried to support the manager in his ideas compatibly with a big problem that has complicated many negotiations: the absence of Champions League football.

Manchester United's greatness and history remains attractive to many players, but has become an obstacle to some negotiations such as that for Frenkie de Jong, Man United's priority target for many months.

That's why Manchester United, like all big clubs, have a big meeting at the end of May in which to decide the priority targets for the summer window; but then the negotiations always depend on the player, on the agreement with the clubs and cannot always be completed.

The guidelines come from Erik ten Hag: it was he who put de Jong's name at the top of the club's list, who approved Bruno Fernandes' contract extension, who decided how to proceed on Christian Eriksen as a priority target on a free transfer.

Without a call from ten Hag, Eriksen would probably have stayed at Brentford for another year.

Of course, Lisandro Martinez would not have made it to Manchester United who were targeting Pau Torres for defense ... and instead they invested more than € 60m for Lisandro because considered a perfect top player for the Premier League by the Dutch manager.

Consequently, the Man Utd structure has a clear form: ten Hag expresses his ideas, has an important voice in the club and participates in the discussion phase with the players who can join the Red Devils.

The same happened in the phone calls with Lisandro, Malacia and Adrien Rabiot with the last one who wanted Champions League football at all costs.

But who carries out the negotiations is the board with Richard Arnolds and John Murtough, they have direct contact with the players, the agents, obviously the clubs as happened in the case of Barcelona for Frenkie de Jong with more than one meeting in Catalonia.

But also for Lisandro Martinez, it was a 48-hour mission by the English executives to make it possible to reach an agreement with Ajax when the negotiations were starting to slow down.

Everything passes from the board, aware that not being able to offer Champions League football in many cases is a problem to consider; many top players consider that factor as key to signing with a club. 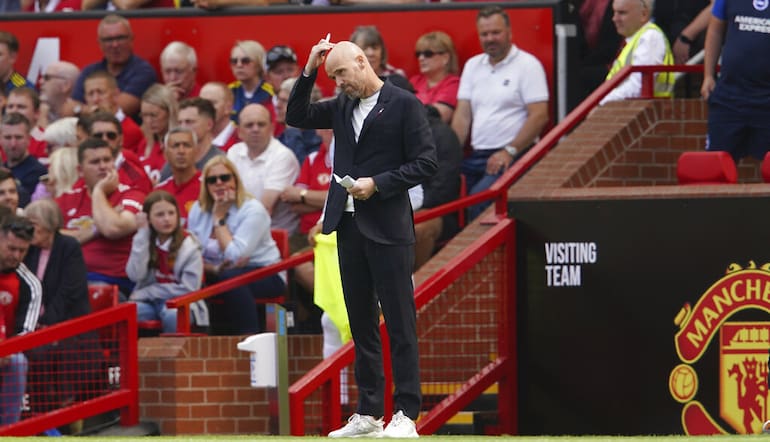 This is why the strategy has already been marked since May, but negotiations do not always proceed as a club wants.

Darwin Nunez was one of the players on Manchester United's roster, for example; considered a top striker, Man Utd had prepared a € 65 / 70m budget for him without wanting to go any further.

That's why there was no bidding war with Liverpool when the Reds offered € 100m add-ons included, knowing they could offer Champions League football.

This makes the difference in the management of a transfer window, where not everything can be in control of the single club if there is no Champions League football available.

Ten Hag is the guarantee for Manchester United's project after an excellent job at Ajax appreciated by many players, but before rebuilding a competitive team it takes time, planning and a lot of signings.

Ralf Rangnick for example last January was not happy that the club had not immediately invested for a striker: Julian Alvarez was available for less than € 20m release clause, but Man Utd decided to wait for the summer and so Manchester City signed a top talent at very good conditions.

Sometimes timing makes a difference, this is a factor ten Hag insists on and that will need to be improved in the next few years to bring Manchester United back to top levels.

😡 “Do these players know what it means to play for this club?”

Alex Crook reads out his love letter to Man United after their defeat to Brentford 👏 pic.twitter.com/yPM5h0YjXh

That's why sometimes there can be opportunities out of nowhere just like Adrien Rabiot, while Marko Arnautovic is an idea born with Steven McClaren and Erik ten Hag that collapsed after fan complaints... and a € 10m opening bid turned down by Bologna.

Yes, sometimes even the fans can make a difference in a top club. This is also the Man United transfer market which from 2023 will no longer be able to make a mistake.