Fabrizio Romano: The Camp Nou Revolution Is Underway - Barcelona Are Back In Business!

Fabrizio Romano discusses the La Liga giants and the club's new revolution under president Joan Laporta - are Barca set to fight at the top of European football once again? 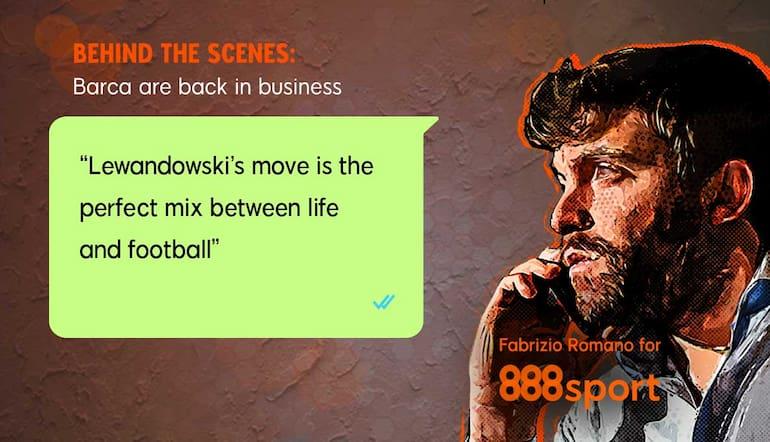 Joan Laporta's Barcelona revolution has just begun. One deal in particular is the new face of a project that restarts with Xavi as a manager and man at the center of negotiations: Robert Lewandowski.

One of the best strikers in the world has chosen Barcelona, he did it with conviction and without ever disrespecting the club in a very long negotiation.

The secret of this deal is the start date of the contacts: at the end of February, in those days Robert Lewandowski definitively decided together with his agent Pini Zahavi to try a new experience after many years at Bayern.

The reason is linked precisely to the strategies of the German club: Robert has been disappointed since August 2021.

During the last summer transfer market, in fact, Chelsea had approached Bayern for Lewandowski while Paris Saint-Germain considered making a bid for the Polish striker in the event that Kylian Mbappé had signed with Real Madrid.

But there have never been any real negotiations with Bayern: the German club did not even want to negotiate with Chelsea or PSG, considering Lewandowski untouchable for the 2021/2022 season.

Robert was happy to stay in Munich, but he expected an important proposal for a new contract: this is how it works in the transfer market, when super offers for great champions are rejected, the procedures to extend the contract are automatically activated.

But Bayern's times were very long, Robert reflected with his family and chose to say stop in February: it's time for a new experience, La Liga has always been his priority over Premier League or Ligue1 because Robert and his wife are in love with Spain.

A matter of life and football, kind of the perfect mix.

This is how Barcelona entered the race: the key man in this story is called Pini Zahavi, one of the most powerful agents in the world who has been assisting Robert Lewandowski for years.

Zahavi has had an excellent relationship with Joan Laporta for years, at the end of February they started discussing Lewandowski and it only takes a few days to get a promise: Robert will play for Barça, he was the striker that Xavi needs to rebuild the team in the 2022 season / 2023.

The verbal agreement was ready from March: three-year contract until 30 June 2025, with an option to extend it until 2026. All agreed between Lewa and Barça, but things are not always as easy as they seem.

Because the financial situation of Barcelona is not easy and it took a long time to approve that transfer: we arrived until July, more than four months with the word of Robert Lewandowski at the blaugrana club but also the attempts to insert Chelsea, of Paris Saint-Germain and other English clubs that have explored this possibility.

Direct contacts with Pini Zahavi, but always the same answer: Robert has decided, only Barcelona. There is no way for any other club, a question of respect, relations with Laporta and personal decisions.

This is not always the case in football, as some agents often prefer bidding wars to respecting their word; Lewa had no doubts and his public and private pressure on Bayern took effect.

Because the German club did not want to sell him this summer, they preferred to arrive in June 2023 and lose him as a free agent; but Lewandowski until the last day asked the Bayern board to be released.

Barcelona will pay € 45m plus € 5m in add-ons, so they found the final agreement with Bayern to complete one of the most important negotiations in the club's history.

Fantastic news for Xavi Hernandez who called Robert several times during these months to explain the Barça project, the same he did with Ousmane Dembélé: he wanted to keep him in the team at all costs and he succeeded.

Because agent Moussa Sissoko had approaches from Paris Saint-Germain with Leonardo director since January, then from Chelsea where Thomas Tuchel has always been a big fan of Ousmane. 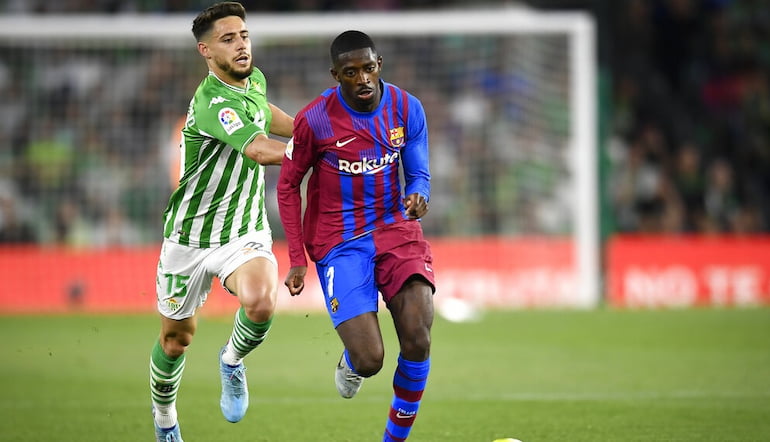 Attempts, requests, verbal negotiations went on for months but Barcelona have always remained in the race to try to keep Dembélé on good terms for the club's finances.

In the end, both sides won: Barça extended Dembélé's contract for two years, Ousmane remained in the club he wanted. Yes, because the player has insisted a lot to stay in Catalonia and continue to be part of the Barça project.

With Xavi as an absolute guarantee: the Spanish coach has been pressing since the first day of February to keep calm around Dembélé, not to upset the situation between Ousmane and the fans, finally telling the club's board to make an effort to keep the French in team with Raphinha, Ansu Fati, Ferran Torres, Aubameyang and now Lewandowski from stars of an incredible attack.

So Barcelona have rebuilt a top level team, Ousmane stays and now there is Robert: this is a statement by president Laporta, the board and once again Xavi Hernandez.