Who is Fabrizio Romano backing to win the Champions League final on Saturday night? Check out his Real Madrid vs Liverpool tips here 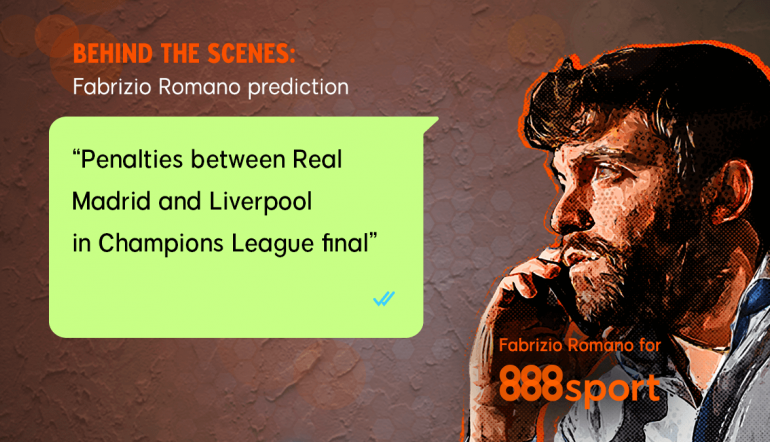 The Champions League final is an opportunity to once again show two of the best sporting projects ever on the best stage of world football: Real Madrid and Liverpool, different approaches with excellent results.

This amazing UCL final in Paris will not change the future of either manager: Carlo Ancelotti has won La Liga and is already sure that he will be the man for Real Madrid 2022/2023 despite the disappointment for the non-arrival of Kylian Mbappé.

Meanwhile Jurgen Klopp he has already won the FA Cup, Carabao Cup and signed a new agreement until 30 June 2026 to plan Liverpool's future.

Two different projects with one point in common: Real Madrid and Liverpool are both two clubs very attentive to future planning.

The present is important, the future is decisive. Real Madrid have the ability to plan the contract situation of their stars in an excellent way: Courtois and Valverde signed a new deal last summer, while in the coming weeks it will be time for Vinicius Junior who is already negotiating with Real for a extension until June 2028.

Eder Militao is also waiting for a new contact with the club to discuss an extension already approved by Carlo Ancelotti, while Luka Modric will soon sign a new agreement that will make him stay at Real Madrid for another year, the number 10 will also be his in the 2022/2023 season.

Liverpool have the ability to build their strategy based on needs but never being in a rush.

Can the Reds get the job done in Paris? @SteTudor123 gives his thoughts on Liverpool's chances of lifting the Champions League trophy this weekend...

A year ago there was the idea of signing a new midfielder to replace Gini Wijnaldum, but the club did not want to invest in any player because they were not convinced of the options available on the market.

Thus Liverpool proved smart in completing the deal for Ibrahima Konaté for only €41m paid for the release clause, an excellent signing with a high return that today can make it worth double the amount paid a year ago.

The deal for Luis Diaz in January was an example of a club structure that works perfectly.

Tottenham and West Ham were in negotiations with Porto for the Colombian winger, Liverpool had planned to invest in Luis Diaz in the summer and not in January - but in 24 hours they changed their decision by anticipating the offer for Luis Diaz as requested by Jurgen Klopp. 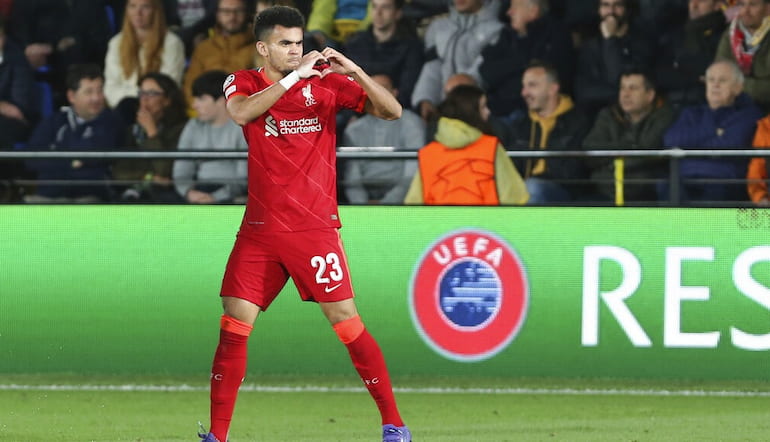 "We can't miss on this player", the message to the board arrived immediately and Liverpool managed to complete the signing by anticipating the competitors.

This is a machine that works, these are the secrets of two clubs that act very differently and with different resources, but always planning their next moves with intelligence.

What kind of match to expect between Real Madrid and Liverpool? Of course, intensity will be the key factor for Liverpool.

Jurgen Klopp knows very well that the few teams that have put Real Madrid in difficulty this year have succeeded thanks to a high pace especially on the two wings: Mo Salah must be the key man of this final, Real can suffer the Egyptian as well as Sadio Mané.

Carlo Ancelotti on the other hand this year has always prepared the big matches with performances of tactical intelligence, excellent positioning and quality in the counterattacks with Vinicius Junior who will once again have to be the right man to supply Karim Benzema, the real star of the Champions League 2021/2022.

Very different tactical approaches, but a guarantee of spectacle and a high level.

Another very important factor will be linked to the substitutions during the match: Real Madrid are well aware of the impact of Rodrygo who, in the Champions League, was incredible especially against Manchester City, the Brazilian is one of the most important cards for Ancelotti and same will be also Eduardo Camavinga, young talent but ready to help the team in key moments as he has repeatedly demonstrated this season.

Liverpool will certainly have their own cards to play: one between Luis Diaz and Diogo Jota could be decisive during the match. Ancelotti and Klopp will play a lot on this aspect of the final which can be decisive.

My prediction is for a final that can be decided by penalties.

A 2-2 draw may be the result in the 90 minutes, with Benzema's quality but keep an eye on Luka Modric and the quality of him causing problems at Liverpool; for the Reds, Mo Salah's desire for revenge is a factor not to be underestimated, but Trent Alexander-Arnold is another player to monitor because Real Madrid often struggles on the left and Trent's qualities are world class players .

For sure, it will be a UCL final full of excitement, quality and stars between two clubs with extraordinary programming, two top-level coaches and a clear strategy to continue competing for the Champions League in the coming years.