17 runners will go to post for the 2020 Champion Hurdle - who will emerge victorious at the Cheltenham Festival? 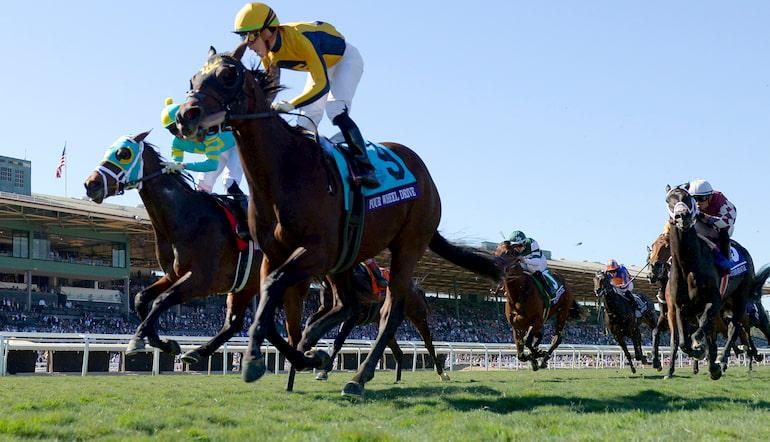 The Champion Hurdle will take place on Tuesday, March 10th at 3:30pm.

It is a Grade One National Hunt hurdle, run over two miles and half-a-furlong, for horses aged four years and upwards. 17 runners will go to post.

The 2016 Champion Bumper winner is looking for a second Cheltenham Festival victory in this prestigious two-mile contest.

Ballyandy sprung a small surprise in the Champion Hurdle Trial at Haydock on his last start, having previously finished second in the International Hurdle and third in the Christmas Hurdle.

Call Me Lord boasts a 100% win record at Cheltenham after winning the International Hurdle there back in December.

He got bogged down somewhat in the mud last time at Sandown, but will be much better suited by the conditions underfoot on Tuesday.

Cilaos Emery was supplemented at the penultimate confirmation stage for the Champion Hurdle, with connections stumping up £22,500 to add him to the field.

He made his seasonal reappearance in the Grade Two WKD Hurdle at Down Royal at the start of November and hosed up, before running a bit below par in the Matheson Hurdle at Leopardstown over Christmas.

Coeur Sublime was the runner-up to Pentland Hills in last year’s Triumph Hurdle too.

Micky Hammond's surprise Fighting Fifth Hurdle winner returns to the top table once again with connections confident he can outrun his odds in an open-looking Champion Hurdle.

The six-year-old was a close third giving weight away to Ballyandy and Pentland Hills at Haydock last time.

He has been somewhat disappointing in two starts this term on testing ground and it would come as a surprise to see him involved here.

Darver Star has won five races in the calendar year, including two contests both worth over €20,000, and was just touched off by Honeysuckle in the Irish Champion Hurdle at the Dublin Racing Festival on his last run.

Irish Lotto winner and owner Simon Fagan, could well have yet another lucky day.

Five-year-olds have a poor record in this race and Fusil Raffles will have to bounce back from an under-par performance in the Christmas Hurdle.

He had a setback after winning the Adonis last year before turning up pitch perfect at Punchestown so all is not lost with him.

Carries the same colours as the 2003 Champion Hurdler Rooster Booster but that is where the similarities end.

A fine season last year culminated with success in the Swinton Hurdle but so far this term his form has been seriously lacking.

Not So Sleepy (Hughie Morrsion)

A Flat racing recruit who likes to bowl along from the front and play “catch me if you can?” with his rivals. It will be highly surprising if those tactics can come off here though.

Last season’s Triumph Hurdle winner will be hoping to add the biggest hurdling prize of them all to his CV.

He has been beaten on each of his two outings so far this term however – fading back into fifth place in the International Hurdle at Cheltenham in December and just getting pipped on the line by Ballyandy at Haydock.

Petit Mouchoir was only a length behind his more illustrious stablemate Honeysuckle when third in the Irish Champion and he should run another solid race.

The nine-year-old is a fair old price at 25/1 and has every chance of making the frame.

He was going pretty well in this race last year before being brought down by Buveur D’Air and he should be in with another great shout this year.

Lessons will have been learned from how he was ridden in the Irish Champion Hurdle last time and he will be played late here.

Silver Streak outran his of odds of 80-1 when third in the Champion Hurdle last year and on the face of it he should be shorter than 33/1 this year given that he finished only five lengths behind Epatante on Boxing Day.

The seven-year-old grey will be a popular each-way horse racing bet with many punters.

If his proven stamina comes into play then he is a live contender this year.

The Nicky Henderson-trained mare has not raced since winning the Christmas Hurdle on Boxing Day and apparently she was coughing for two days a short while ago.

In the Christmas Hurdle she quickened clear stylishly after the final flight to beat last year’s Champion Hurdle third Silver Streak and she bids to become only the second mare to win this race since Flakey Dove in 1994.

For the reasons I outlined in my Cheltenham Festival longshots piece, I am going to stick with Jessica Harrington’s Supasundae to bring home the spoils.