How much is Jack Grealish worth? We look at the England star ahead of Euro 2021, including Jack Grealish net worth & salary figures 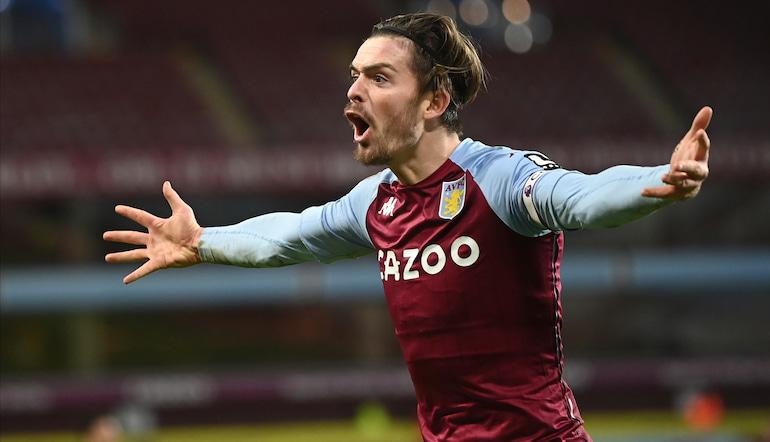 Even part-time followers of the Premier League know the significance of Jack Grealish in football betting online.

His net worth might not rival some of his England teammates, but Grealish is arguably the most gifted English player of his generation.

How Much Is Jack Grealish Worth?

Grealish transfer rumours are frequent as a result. For all the good work at Aston Villa over the last couple of seasons, links to a top six club come on a near-daily basis.

Grealish has the talent to play in the Champions League, but as yet, no club of that calibre has coughed up the princely fee the Villains would be looking for.

From Grealish net worth to salary, transfer news and England status, here’s a deep dive into the Aston Villa playmaker…

Jack Grealish’s net worth is believed to be around £11 million. Much of this comes from his weekly salary with Aston Villa, which is north of £100,000.

He also has endorsement deals with EA Sports and Nike. These will obviously supplement his income and continue to boost that net worth. Unlike some more established big names, however, Grealish’s income is primarily from his on-pitch activities.

To give a fair comparison, Grealish’s England teammate Marcus Rashford has a net worth of around £65 million.

Grealish is significantly wealthier than fellow England midfielder Mason Mount, however, who is thought to be worth under £4 million.

According to sports salary website Spotrac, Grealish is on a weekly wage of £120,000. This works out at £6.24 million per year.

Grealish is comfortably Villa’s highest earner. Tyrone Mings is the only other Villain above £78,000 per week.

Jack Grealish’s agent is Jonathan Barnett. Barnett is a well-known figure for football fans as the representative of Gareth Bale.

Barnett speaks to the media more frequently than many other agents. In May 2021, he provided an update on Grealish’s future.

"The truth is we don't know [what will happen]. There are many clubs [interested] and I wouldn't put Manchester United at the top of that [list].

"But he could stay. He could stay as well, so it's a conversation the club, Aston Villa, will have with Jack [Grealish] and ourselves then we'll see where we go. At the moment he is a Villa player and he has no thoughts about anything else.”

Aston Villa supporters will no doubt be listening carefully to everything Barnett says this summer. The high-profile agent is going to have a big role to play in Grealish’s future.

Long at the centre of sports betting, a Jack Grealish transfer remains more rumour than concrete fact at this stage. That’s not to say he’ll be at Villa Park for the rest of his career, though.

Grealish could yet have a Matt Le Tissier career, a cult hero at a mid-table club. Leaving Villa for new pastures is perhaps the more likely outcome, however, particularly if Champions League clubs come calling over the next couple of summers.

Any Grealish transfer will be massive news. He’s a popular player, and one who will command an enormous fee. Records could be broken if Villa are forced to sell their star man.

Arsenal are one of many clubs linked with Jack Grealish. The Gunners have fallen into mid-table mediocrity in recent seasons and could look to Grealish as a player to elevate them towards the top four.

With Bukayo Saka and Emile Smith-Rowe, a player of Grealish’s ilk isn’t a desperate need for Arsenal, but his quality would inevitably make them a scarier opponent.

Whether there’s any substance to this rumour will come down to Arsenal’s willingness to spend.

They already have several big contracts on their books, and the board could prioritise reinforcements elsewhere given the young talent they have in attacking positions.

It’s customary in a tournament year to have injury concerns. Jack Grealish was one such worry for England fans this time round.

Luckily, Grealish looks likely he’ll be ready to play a full part in the Euro 2020 calendar.

Aston Villa have slumped without their talisman. England are obviously not as reliant on Grealish’s ball-carrying and playmaking ability, but having him fully fit will be a massive boost for Gareth Southgate and co.

Along with his knack for winning free-kicks, Jack Grealish’s hair has come in for a fair amount of criticism.

Grealish has experimented with various different hairstyles since breaking onto the scene as a teenager. His trademark look, though, is an undercut on the back and sides with longer hair slicked back on the top.

Back in June 2020, the England international was widely mocked when he sported braids for an Aston Villa match. He has also previously had blonde highlights, which were unsurprisingly met with a similar response.

Having long been left out by Gareth Southgate, Jack Grealish is now an integral cog in Euro 2021 predictions.

It’s unclear whether Grealish will get the nod to start. Whatever his role, he’s bound to be an important player for Southgate and England throughout the Euros this summer.

Grealish has been an impact sub at times for England. Where he slots into the team with Southgate having so many options in the final third is tricky.

Southgate may see Grealish as a game-changing substitute rather than a starter, particularly with Jadon Sancho, Mason Mount, Raheem Sterling and Phil Foden all in contention.

Jack Grealish is active on Instagram, posting at the handle @jackgrealish. He has built up over 1.6 million followers on the platform thanks to frequent posting.

As of May 2021, Grealish has 687 Instagram posts, many of which are photographs from training and matchdays. He also uses Twitter from the same handle, though he’s got a much smaller following on there at just under 600,000.