Who is Lando Norris and what is his estimated net worth? We look at the F1 driver and his reported salary, as well as his life away from motorsport 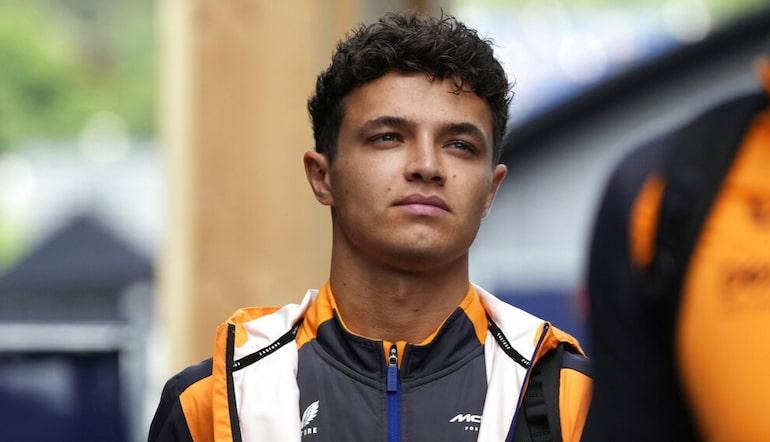 McLaren driver Lando Norris has been an up-and-coming star of Formula 1 betting in recent years.

Born in November 1999, Norris ascended to the highest level of motorsport at a young age and has impressed throughout his short career, often outdriving his teammates and helping McLaren become a competitive once again.

A jovial personality and an active social media presence have contributed to Norris becoming something of a fan favourite.

Although initially interested in motorcycle racing, and viewing Valentino Rossi as a childhood hero, Norris focused on four wheels, excelling throughout the ranks, all the way to a runners-up finish in the 2018 F2 Championship.

That performance saw the Brit selected to drive for McLaren alongside Carlos Sainz in the following campaign.

While he’s yet to be a regular favourite in F1 betting tips, Norris has made a major impact on the sport. With world champion potential, we are going to hear a lot more about Norris in the coming years – let’s learn a bit more about him.

Lando Norris is the son of Adam Norris, who ranks as the 501st wealthiest person in the UK. Lando has a net worth of around £20 million reportedly, which is dwarfed by his father’s riches.

A new contract with McLaren has pumped more cash into Lando’s bank account.

On top of the various financial benefits that come with driving for a team of McLaren’s pedigree, he also has deals with Bell Helmets, wearegrip and ADD Management.

Norris has obviously grown up with plenty of money, and he’s quickly taken to the F1 driver lifestyle.

Owner of an apartment in Monaco and with a gaudy car collection featuring Rollers and Lambos, it’s difficult to tell what is Norris’ own wealth and what has come from his family’s fortune.

Lando Norris penned a new contract with McLaren earlier this year which guarantees him £80 million and keeps him at the team until the end of the 2025 season.

This represents a major pay rise for the McLaren star, who previously ranked in the bottom half of Formula One driver salaries.

This decision was another show of faith in Norris from the team, and vice-versa.

McLaren haven’t won a title since 2008, but they are trending in the right direction, and this is a vote of confidence from Norris that they can get back to those heights in the not-too-distant future.

It was only in 2021 that Norris and McLaren agreed a multi-year extension – a further commitment was the result of a stellar 2021 season, and an indication that McLaren view Norris as their number one driver going forward. They have since moved on from Daniel Ricciardo, too.

Speaking about his new deal, Norris said, "I have grown up in this team and I'm part of this journey we're all on. I want to continue to try to reach that dream of ours and try to win races, and of course to try and win championships.

"Big thanks to Andreas [Seidl], Zak [Brown] and all of McLaren for having this faith in me. Of course it also shows the faith I have in McLaren and what they will be able to achieve in the next few years.

"We know it's not going to be quick, we're learning and there's still things we need to improve on to have the ability to fight for wins and championships, but I know that's coming up…

"This is more for the solidarity of me and the team, the confidence in both for the long term. I see that as a benefit for myself, to have this longer contract and stay here for a while, and one for the team.

"I do see it as a performance benefit and motivation benefit for mechanics, engineers and everybody at MTC.

"If I want to find every bit of performance, that is included in something like this. It was another opportunity for me to confirm my commitment to the team, for them to confirm it with me, and give the whole team confidence that I'm here to stay and trying to achieve things with them."

Just like his close friend George Russell, Lando Norris has had to adapt to the scrutiny of being a Formula One driver. Privacy is hard to come by, and there is sudden interest in everything Norris does, with many intrigued by his relationship status.

Lando Norris’ girlfriend is Luisinha Oliveira, a Portuguese model with over 400,000 Instagram followers.

Who is F1 star Lando Norris’ girlfriend Luisinha Oliveira, how long has he been with her? https://t.co/wFRdvb6z9E

Where other F1 drivers are very secretive, Norris has been more open about his relationship with Oliveira, confirming they were seeing each other in an Instagram post in January 2022.

The couple have already become a fascination for many Formula One fans, and their relationship is a hot topic for the tabloids. More snaps of the two are bound to be published in the coming months.

There’s no question Norris has what it takes to be considered alongside the best British Formula One drivers once he calls it a day.

Yet to celebrate his 23rd birthday, the Bristol native could have almost two decades left in the sport. It didn’t take long to make a real impression when he joined the F1 grid as a teenager.

Norris already has six podiums to his name, the first of which came at the 2020 Austrian Grand Prix. He’s still searching for his first career win, but it’s a question of ‘when’ rather than ‘if’.

Formula One Betting Tips
About the Author
By
Sam Cox