It's Time For Cole Palmer To Shine For Manchester City 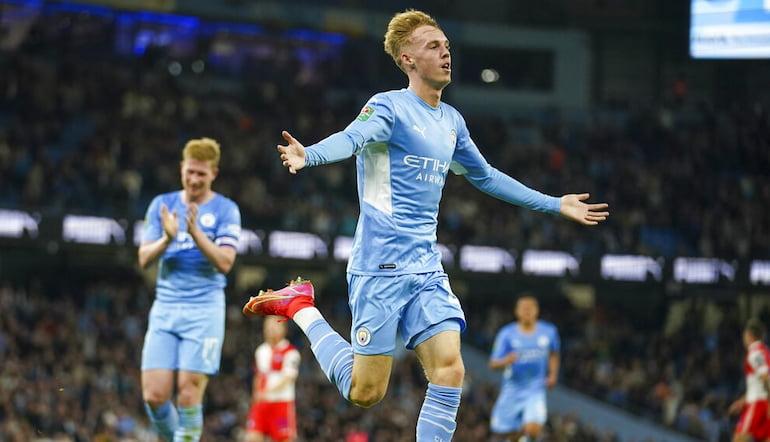 Manchester City fans will be hoping that 2022/23 is the season where Cole Palmer is unleashed on the rest of the Premier League.

Palmer featured in four league games for City last term, including his first Premier League start for the club in the 3-0 victory over Everton.

We’ve seen glimpses of Palmer on the big stage but it is surely only a matter of time until Pep Guardiola gives the youngster a proper run in the first team.

While he probably won’t impact football betting markets too much this season, Palmer is one of the brightest talents in English football and he can be a hit for club and country.

A boyhood City fan, Palmer has followed a similar path to fellow starlet Phil Foden – though the latter’s meteoric rise has taken the league by storm.

However, Palmer may not have to wait too much longer for his own opportunity to impact and influence proceedings at the Etihad Stadium.

Guardiola has been full of praise for the City youngster in recent weeks and the Spaniard has hinted at a greater opportunity for game time in 2022/23.

“Cole has this special quality in front of the box, this talent that is difficult to find. When he has the ball there most of the time it finishes in the net, and it is not easy to find that.”

The stage is set for Palmer to burst onto the scene. If you don’t know him already, chances are you’ll know all about him once he starts impacting Premier League predictions.

Imagine if local boys Foden and Cole Palmer were United players. Imagine the insufferable hype. The comparisons to great players past. The alliterative nickname based on manager's surname (Busby Babes, Fergie's Fledglings). The ever-glaring spotlight.
So glad this isn't the case

Palmer made his City debut at just 18 years old, starring in a 3-0 EFL Cup fourth round win over Burnley. That was the first chance many of us had to witness his talent.

Having joined the club at under-8 level, it was a dream come true for Palmer when he was named captain of the under-18 side during the 2019/20 season.

With the likes of Raheem Sterling and Gabriel Jesus leaving the club, Palmer has a chance to step up and play alongside the likes of Kevin de Bruyne, Erling Haaland and Riyad Mahrez.

Guardiola will not accept mediocrity but luckily Palmer has the natural talent required to be a roaring success at the Etihad Stadium. 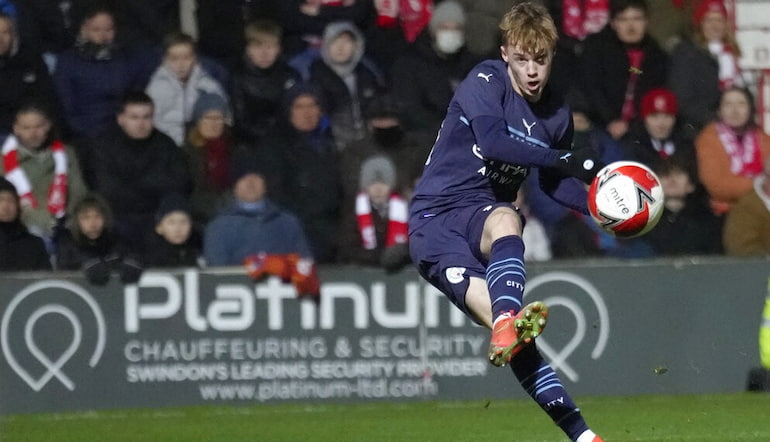 While Palmer failed to get his name on the scoresheet in the Premier League, he did grab at least one goal in the EFL Cup, FA Cup and Champions League in 2021/22.

And that was with limited opportunities in the first team. City are likely to hand Palmer a larger role in the side this campaign and we’re excited to see him thrive.

It would be foolish to state outright that Palmer is going to blossom into one of the best players in the Premier League but he certainly has the talent to go far.

Palmer has done his time in the youth system and he is ready for the big leagues. Let’s hope Pep gives him a proper chance to showcase his skills to the rest of the world.