Toto Wolff has been involved in Formula One for many years but what is his estimated net worth? 888sport look at financial figures, including Toto Wolff salary estimates... 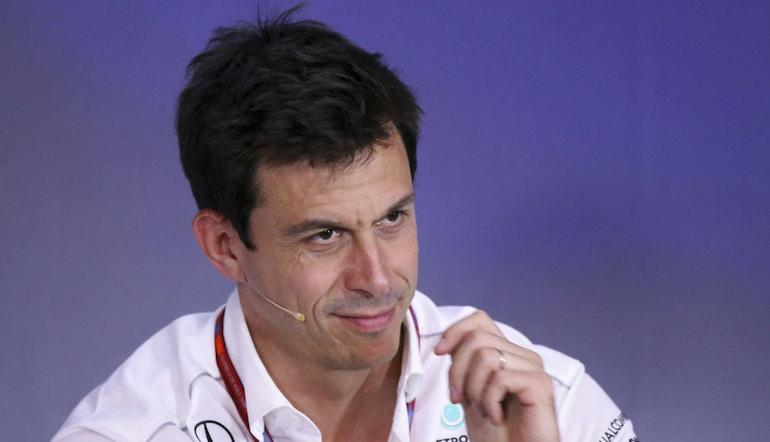 Toto Wolff is Team Principal and CEO of the Mercedes Formula One team.

The Austrian is a familiar face to those who enjoy betting on Formula 1, a powerful figure in the sport and one of the most successful motorsport executives of all-time.

Synonymous with Mercedes dominance throughout the turbo-hybrid era, Wolff – who holds a 33% ownership stake in the team – has overseen a string of drivers’ and constructors’ titles, though their streak was ended when Max Verstappen was crowned champion in controversial fashion in 2021.

While best known for his role at Mercedes, Wolff first appeared as a sport bet option behind the wheel. He raced in Formula Ford and GT Championships in the 1990s, even winning the Nürburgring 24 Hours in his category.

Toto Wolff has a net worth of around £438 million according to various estimations. His path to such wealth isn’t well-trodden.

First a racing driver, Wolff enjoyed some success in Formula Ford, but sponsors withdrew and by his early twenties, he came to accept that a career as a driver was unlikely.

He explained the decision in an interview with UBS, “It wasn’t my decision to quit motor-racing at the age of 22. I had run out of money, my sponsor had pulled out of the sport after Karl Wendlinger's accident in Monte Carlo.

At the time I was also very conscious that I didn’t have the right background to make it. I lacked the go-karting background as a kid, I lacked the financing and the connections and I thought that the business world would be the better career path at that age.”

When his first career in racing came to an end, Wolff turned to investment. Marchfifteen was founded in 1998, followed by Marchsixteen a few years’ later.

Wolff’s investments were far-reaching and ambitious. To this day, he’s involved in a sports management company with former F1 world champion Mika Häkkinen.

How Much Does Toto Wolff Earn?

Toto Wolff pockets roughly £7 million per year from his role as Team Principal and CEO of Mercedes. While he’s hardly short of cash, that figure puts Wolff way behind Lewis Hamilton’s salary, which is thought to be around £40 million per year.

Williams was Wolff’s first gig in Formula One. Initially a shareholder with a place on the board, he became an executive in 2012 only to join Mercedes the following year.

He acquired 30% of the Silver Arrows’ Formula One team. Initially, Wolff was an executive director and managing partner. This was a turning point in Wolff’s life and the broader history of Formula One.

Across 2014 and 2016, Wolff sold off his Williams shares. He was all-in on Mercedes, having succeeded Norbert Haug as the overseer of all motorsport activities.

Through the 2010s, Mercedes completely dominated Formula One. They became the first team ever to win seven consecutive double world Championships, and the only team to win six straight constructors’ titles. Wolff received the John Bolster Award at the 2018 Autosport Awards.

The peak of Mercedes’ success came in 2018. Formula One, F2 and F3 were all theirs. F1 eSports titles were claimed too, as were a collection of customer championships.

Wolff had led the Silver Arrows to the summit, an achievement barely fathomable when he arrived in 2013. 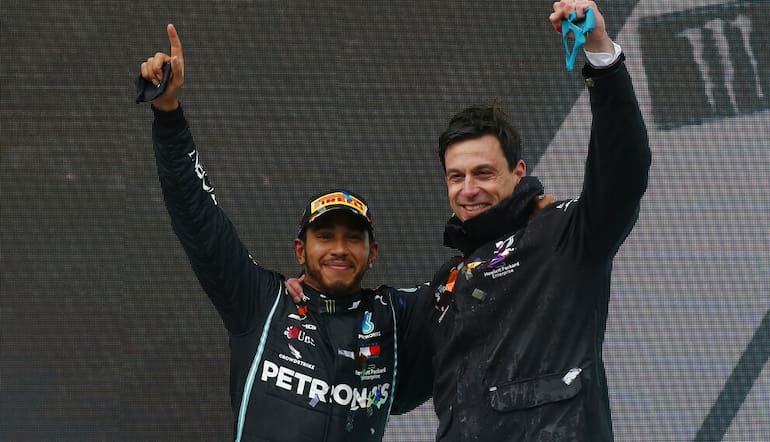 Mercedes have won over half of all Formula One races in the Wolff era. Lewis Hamilton has reached unprecedented levels of success, which Wolff has played a major part in.

There was speculation about Wolff’s future in the sport at the end of 2020, but he signed a three-year extension, keeping him with the team until the end of 2023.

The 2021 season saw Wolff in front of the cameras more than ever as the rivalry between Mercedes and Red Bull reached boiling point. Tensions between Wolff and Christian Horner were a weekly sideshow for Formula One fans.

The Austrian was fuming with the outcome of the final race, and made his feelings clear to German newspaper BILD.

Wolff said, “It is definitely on a par with the ‘Hand of God’ by Diego Maradona or the Wembley goal from 1986. An inconsistent decision by the race director took the title away from Lewis.”

Toto Wolff is married to Susie Wolff, who is the CEO of ROKiT Venturi Racing. The couple had their first child together in 2017.

Toto has two children from a previous marriage to Stephanie – they have an amicable relationship since their divorce.

Someone of Wolff’s wealth tends to have a spectacular property portfolio. He lives in Monaco with his wife Susie when he’s not jetting around the world for races or sealing business deals.

Of course, Mercedes are based in Brackley. Running one of the most successful F1 teams is tricky if you’re living in a different country, so it has been speculated that Wolff owns a home in Oxfordshire.

While travel has been an enormous part of his adult life, Wolff has always spoken fondly of Vienna.

It’s no surprise that a former racing driver and motorsport lover like Wolff has a healthy collection of cars.

While an exact list of Wolff’s garage isn’t available publicly, fans got a quick insight into his assortment of cars when he sold off a LaFerrari Aperta, a Ferrari Enzo and a Mercedes SL65 AMG Black Series in 2021.

Away from Formula One circuits, Toto Wolff is the Vice President of the Mary Bendet Foundation, an organisation aiming to improve the quality of life of underprivileged children.

Wolff has also been vocal in trying to increase diversity and inclusion in motorsport, taking a key role in Mercedes’ ‘Accelerate 25’ scheme.

F1
Formula 1 Betting Tips
About the Author
By
Sam Cox