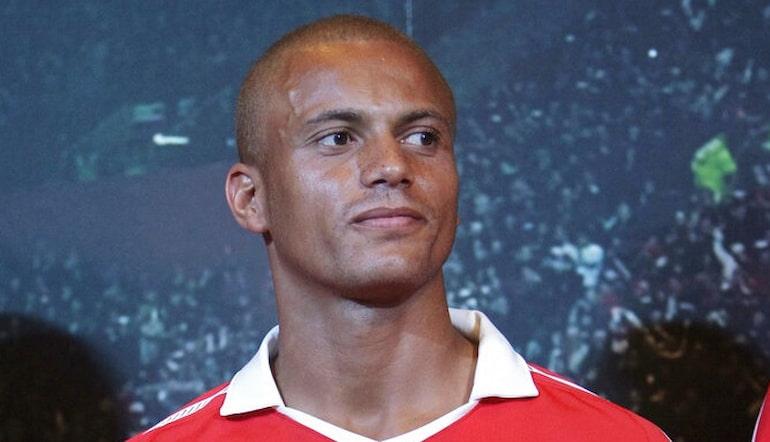 "Ronaldo and Messi are on different levels to the rest and they’re breaking all sorts of records and he will want to carry that on.

"He’s also not the future of this club. So, when I look at it like that, if something happens in January, I’m pretty sure he might go.

"Until then, I don’t think he’ll disrespect the players by having a sulk and a moan. He’s not that sort of character. He will come off the bench and score goals and give his dues and work hard for the team.

"He’s very respected and looked up to at the club but listen, he will want to play. It’s as simple as that. Ronnie is a different breed."

"I'm told that nothing is advanced with any clubs, nothing has changed around Cristiano Ronaldo, he's 100% focused on #mufc. That is important to clarify." [@FabrizioRomano, United Stand YT]

Brown played alongside the Portuguese megastar for several seasons during an era of supreme dominance that saw the Red Devils win the league most seasons, and if such successes feel a long time ago now, at least there have been grounds for optimism of late, namely in the arrival of Erik Ten Hag.

From what he’s seen to date, the local lad from Longsight – a two-time Champions League winner no less – has been impressed.

"He definitely has a lot of focus and wants the players to work hard.

"A lot of people were saying United would struggle this season so you have to give Ten Hag an A grade, especially because after the first two games nobody would have thought we’d be where we are, on a nice little run.

"To lose your first two games would have affected everyone, including the players, so to get them back and focused and winning is a really big achievement."

A significant factor in United’s dramatic upturn in fortunes has been the impact made by Christian Eriksen, the Dane’s astute use of the ball lending some much-needed reassurance to United’s midfield. Brown is clearly a fan.

"He’s the player United have missed and that’s not hammering Fred or Scott. He’s always on the half-turn and ready to receive the ball.

"He’s different to Bruno (Fernandes) despite many saying they’re similar. Bruno will go for that magician ball, and you want him to do that, but in those deeper positions Eriksen is comfortable with little one-twos and there is more of a flow.

"He knows when to turn and when to pass it first time. We’ve missed that and he’s sort of steadied the ship in that sense.

"Since his incident he has been absolutely excellent for Brentford and that is continuing at United. He’s definitely opened up different areas of play for us." 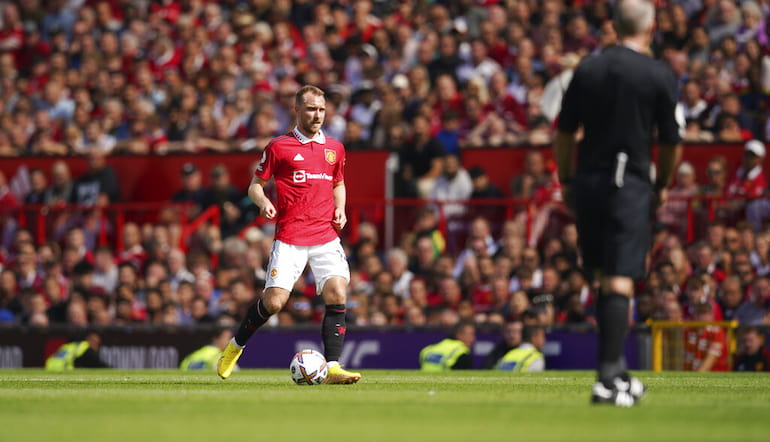 Perhaps it’s a coincidence, perhaps not, but another stand-out performer also arrived in the summer with centre-back Lisandro Martinez rising to the challenge so far, despite many highlighting his lack of inches.

On 232 occasions Brown played in defence for Manchester United, putting his body on the line time and again, so few know better what is required to excel in that role.

In Martinez, he is more than hopeful that the club he still supports have signed a real contender.

"I like Martinez. We’ve missed someone who is really aggressive and plays on the front foot. Yes, he will get beat sometimes in the air – who hasn’t?

"But ultimately, he panics the strikers because he gives them no time. I’ve seen a few strikers turn him, but he can get back as well because he’s quick.

"He’s always in your face and strikers don’t like that. Every time they have a touch, they know he’s going to be there."

Lisandro Martinez has been criticised because of his height - but does size really matter in football? pic.twitter.com/eQXw15VqNI

With Martinez immediately making his presence felt, and Raphael Varane finally fit and stringing a number of games together, a decent partnership appears to be forming at the back.

Where though does this leave the much-maligned Harry Maguire, who some insist was unfairly made a scapegoat for last season’s poor returns? Does the England international still have a future at Old Trafford?

"100%. He had a difficult season last year, like so many others did. Obviously by being captain he was picked out a lot, but it was the whole team.

"He’ll be able to take that criticism and I’m pretty sure he’s strong-minded. When he gets that next opportunity to start all he can do is his best and not let his head go down.

"Harry Maguire is a good player, but he’s had a lot of stick and at the moment he’s out of favour. But anything could happen, and the team and manager might need him. He needs to be ready when that happens."

Which might very well be in a Manchester derby, that looms large on the other side of the international break.

It is a fixture that will tell us a good deal more about who Manchester United presently are, and what they might eventually become under the guidance of Ten Hag.

For now though, Brown is under no illusions as to the chasm that lies between these fierce rivals.

"There is still a long way to go to get to that standard and do it week in, week out. I watch City quite a bit and when they don’t play too well, just one attack and they score.

"That’s what a championship-winning team can bring and we did that in my time, scraping a win. City can do that. They can win both ways.

"United right now are just trying to keep this run going, while working out what works and which players are best suited to the system. They’re still working out the movements being made.

"When you look at Kevin De Bruyne, he knows what Haaland is going to do and what Foden is going to do. When United get to that stage, then it might be a little different.

"City are higher at the moment quite obviously, but that’s the aim. That’s the challenge."