Martin Brundle is an iconic figure in Formula 1 and the world of sport. Here, we discuss his estimated wealth, F1 career & media role on television 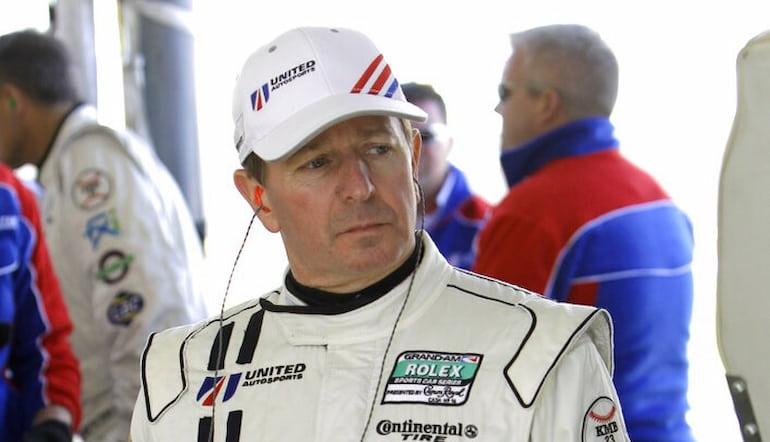 It doesn’t take a betting on Formula 1 expert to recognise Martin Brundle. A former driver and long-time pundit, Brundle is synonymous with the sport in the UK.

In a sport of innovation and constant change, Brundle’s grid walk is a welcome tradition, which has produced moments both historic and viral.

His racing career has been quietly underrated by some alongside the catalogue of British greats in the sport.

Rarely pulling punches, Brundle has been a spokesperson for the sport in its darkest of times and had no issue taking on the most powerful men in motorsport head on.

Brundle was in the spotlight long before the era of online betting. He’s kept up with the sport as it has evolved, leading to his status around the world as one of the premier Formula One commentators and pundits.

Who Is Martin Brundle's Son?

Martin Brundle’s son is Alex, who has followed in his father’s footsteps to become a racing driver and media personality.

Back in 2012, Martin and Alex raced together in the Le Mans 24-hour race for Greaves Motorsport. They finished eighth in their class – Alex has finished second in his class twice at Le Mans.

On top of top of all his racing exploits, Alex has forged a career in media. He’s often been heard as a co-commentator on select rounds of the F2 and F3 Championships and has been a guest on Sky Sports’ F1 Midweek Debrief.

If you’re not familiar with Alex Brundle, it won’t take too longer to figure out who he is when you hear him on commentary or see him on TV. Some Redditors have claimed he’s a clone of his father…

The Martin Brundle grid walk began at the 1997 British Grand Prix and has been a staple of Formula One coverage since (although it wasn’t allowed during the 2020 season).

Brundle’s grid walk is famed for its chaos as teams and drivers prepare for the race while officials and celebrities mill around the grid.

Whether trying to pry some words out of Kimi Raikkonen or nudging Christian Horner for a pre-race prediction, the Brundle grid walk is fast-paced and often feisty. Some celebrities are happy for a quick chat.

Others prefer to enjoy the glamour of Formula One without having to answer any questions (of course, a lack of Formula One knowledge has sometimes been exposed).

Unscripted TV is unpredictable. The grid walk is 10 to 15 minutes of mayhem with occasional inappropriate quotes and plenty of drivers who don’t fancy a chat.

A regular for a quarter of a century, though, there’s no question this feature enhances the viewing experience.

Most sites estimate Martin Brundle net worth to be around £70 million. While Formula One salaries in Brundle’s era were far from today’s numbers, he will have still accumulated plenty of wealth through his years behind the wheel.

The income is going to have been considerable as he’s travelled the world covering the sport too, and along with his brother, he took over his father’s car dealership several decades ago (though it closed down in 2003). 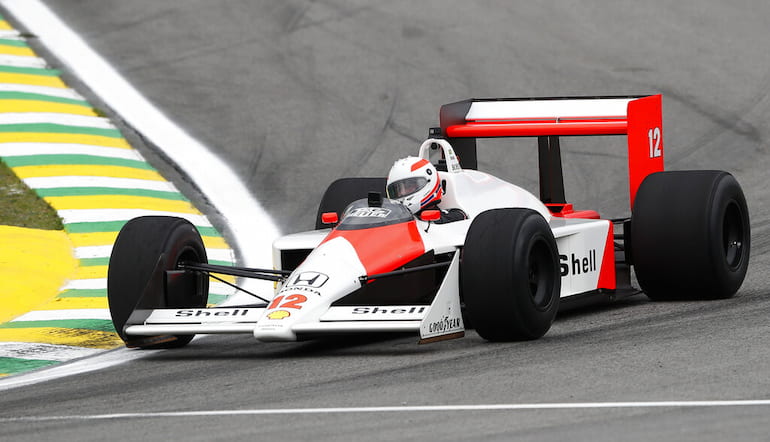 Some tab Brundle as one of the best drivers to never win a Grand Prix.

He may never have stood atop the podium, but longevity in the sport is going to build a hefty net worth – Brundle started the same number of races as Mika Hakkinen and more than Emerson Fittipaldi and Mario Andretti.

Martin Brundle has always lived close to King’s Lynn – he currently resides in Gayton, a small village in west Norfolk.

There’s always a lot of intrigue over the homes of famous people, but Brundle has kept his private life away from the public eye for the most part. However, he tweeted in 2017 about a development of his in Snettisham.

Over his years covering Lewis Hamilton, Martin Brundle has developed a close relationship with the seven-time world champion.

Brundle has often been warranted access that few others get to the Silver Arrows star with the pair frequently working together on features for Sky Sports in recent seasons.

Hamilton, the face of F1 games for over a decade, has given both insightful and revealing interviews to Brundle.

With years to get to know Hamilton, Brundle was forthright when discussing a potential retirement after Hamilton’s heart-breaking loss at the 2021 Abu Dhabi Grand Prix.

Speaking on Sky Sports, Brundle said, "Absolutely not, I don't buy any of it to be honest. I'm sure Toto has been asked by Lewis, 'what are you doing about this?'

"But Formula 1 is fantastically successful for the Mercedes-Benz brand, while Lewis is 37 years old and we know he's driving at his peak, incredibly determined and competitive. He'll be back."

Martin Brundle took a surprising route to Formula One, beginning in grass track racing. His talent was soon spotted, though, and by the late-1970s he was in single seaters.

When he pushed Ayrton Senna all the way in Formula Three, it was clear Brundle had what it took to compete in Formula One betting tips. That’s exactly what happened, as he was offered a drive in 1984.

First with Tyrrell, Brundle competed for numerous teams throughout his Formula One career, and maintained several sportscar racing gigs on the side.

He won 24-hour races at Daytona and Le Mans in 1988 and 1990 respectively before focusing on Formula One through the early 1990s.

Between 1984 and 1996, Brundle raced in every F1 season apart from 1990. He competed for Tyrrell, Zakspeed, Williams, Brabham, Bennetton, Ligier and Jordan, and was the teammate of Michael Schumacher in 1992.

Brundle achieved so much behind the wheel despite not winning a Formula One race. He had nine podiums in his 158 starts, and has enjoyed a lot of success in sportscar racing. The Sky Sports pundit even dabbled in rallying in 1999.