Who Are The Most Supported Clubs In World Football? 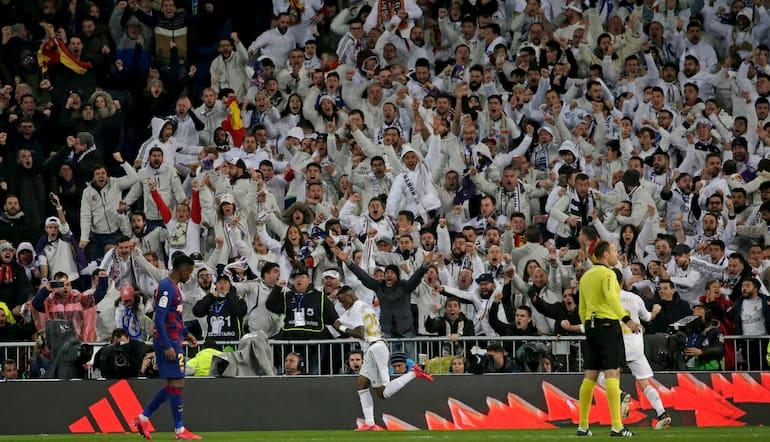 Often online football betting favourites, the most supported clubs on the planet have hundreds of millions of fans worldwide.

There are different ways of looking at this – social media following, attendance – but generally success equals support. Fans are more likely to Google their own team. The most-searched teams are likely the best-supported.

There’s no surefire guarantee of how many fans a team has, such is the uncertain definition of fandom. Real Madrid claim over 450 million supporters worldwide, while other estimates are around half that figure.

Here are the 10 most supported clubs in world football, starting with Los Blancos…

Being the most successful club in European Cup/Champions League history will win over a fair few fans. All through modern football history, Real Madrid have been the team of stars, the career pinnacle.

It’s impossible not to be fascinated by Real. Their local fan base is vocal and brutal, but they are far more than the fans who hound players outside the training ground or boo at the Bernabeu.

The decades of glory, the long list of big names, has made them the best supported club in the world.

Success on the pitch has been patchy for over a decade now, though it has done little to impact Arsenal’s popularity around the world.

The groundwork done by Arsene Wenger built fans for life. They have remained competitive enough to retain relevance.

The first 20 years of the Premier League belonged to Manchester United.

Such supremacy over the world’s most-watched league, paired with countless pre-season tours to Asia and America, helped the Red Devils become a true superclub.

A trip to Old Trafford is on the bucket list of millions. Manchester United’s wealth, their record-breaking sponsorship deals, are directly related to their vast support.

Until 2020, Liverpool had been without an English league title for three decades - though they defied football prediction odds to clinch the Premier League crown.

A spell like that doesn’t suggest blossoming international support, but Liverpool were still winning trophies, and had the foundation of success in the 1970s and 80s.

More so than most others on this list, supporting Liverpool is about more than the football. It’s the Kop atmosphere, it’s the club’s identity. There’s a mystique about the club that others can only crave.

Having the greatest player ever helps a club’s popularity. Barcelona’s great teams of the late noughties and early 2010s are among the best club teams ever seen.

They played football in a way not seen before with a core of players who enjoyed success on the international stage at European Championships and the World Cup.

Barcelona have always won trophies, but the footballing philosophy instilled by John Cruyff is what makes them the club they are.

The trend of European football, the financial inequality, has seen Ajax fade over the last couple decades. Their Champions League semi-final run in 2019 was a reminder of the admiration fans have for the club.

They develop players better than anyone else in Europe. Like Barcelona, the impact of Cruyff and Rinus Michels runs through the club.

Supporting Ajax is not just a lust for trophies like some others on this list. It is a belief in footballing principles, and that will continue to accumulate fans on every continent. If anything, the underdog tag may favour them in that aspect.

The newest name on a list of this ilk, cash injection has given Paris a team to be proud of. Money has been spent not to just make the club competitive, but to attract the world’s eyes to the French capital.

First it was Zlatan Ibrahimovic, now it’s Kylian Mbappe and Neymar. Never short on star power, and with personality aplenty, PSG are a divisive club, but one with growing support.

Juventus have owned Italian football in the 2010s. The arrival of Cristiano Ronaldo will have given the Old Lady an almighty boost in supporter numbers.

The Ronaldo factor, the current dominance and the history of the club make it easy to see how Juve have become so popular around the world.

Much like the path PSG have taken, Chelsea went from solid Premier League side to European contender when Roman Abramovich took over. The drama and trophies have followed in equal measure since 2003.

A team always in the headlines when it comes to expert correct score prediction tips, Chelsea have made a big push to grow their international supporter base.

The European champions are a strong contender for best-run club on this list. They have cheaply recruited an immense, young squad and look set to dominate for years to come.

Shrewdness does not lead to booms in fan totals. Bayern are obviously one of the biggest clubs in the world, but their consistent success, their reluctance to pursue names, means they aren’t necessarily as well-supported as others outside of Germany.

Football Fans
About the Author
By
Sam Cox