There were plenty of impressive winners at the 2020 Cheltenham Festival but which five stood out the most for our horse racing writer? 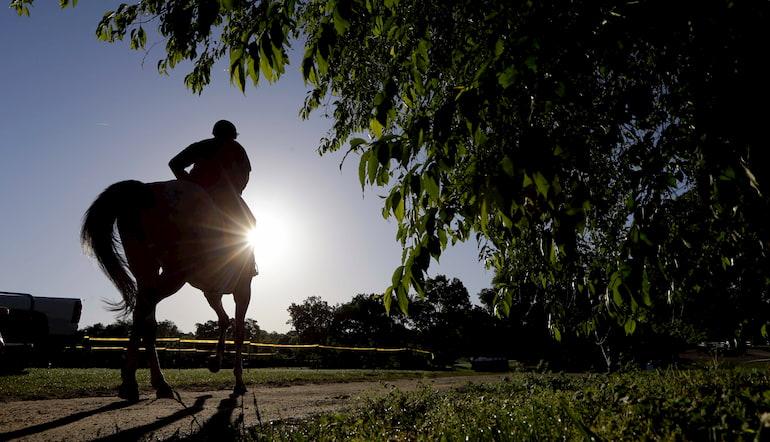 Well, that’s it for another year – the 2020 Cheltenham Festival is officially over. It was a fantastic four days of racing, with some heart-stopping moments throughout the week.

From the high of Epatante justifying favouritism in the Champion Hurdle to the low of Goshen’s agonising fall in the Triumph Hurdle, it has been one of the most memorable Festivals in recent times.

Here are my five standout performances at the 2020 Cheltenham Festival, starting with the supremely talented Rachael Blackmore and star mare Honeysuckle.

The Mares Hurdle was billed as one of the races of the week and it didn’t disappoint. Benie Des Dieux was as short as 8/15 to win the race but the unbeaten Honeysuckle carried a lofty reputation going into the race – something had to give.

As they approached the home bend, Benie Des Dieux was in control of the race but Rachael Blackmore spotted a gap on the inside and Honeysuckle took the race by the scruff of the neck.

It was a superb move that put Benie Des Dieux on the back foot and proved decisive despite a superb jump at the last. Honeysuckle is unbeaten in eight runs over hurdles but Henry de Bromhead must be tempted at the prospect of going chasing next season.

Envoi Allen is an absolute machine and he justified his short odds to land the Ballymore Novices’ Hurdle. The Cheveley Park Stud horse was regarded as one of the bankers of the meeting and he duly obliged, beating Easywork by over four lengths.

Davy Russell always looked confident on the Gordon Elliott runner, despite coming off the bridle earlier than expected. With four Grade One victories to his name, Envoi Allen is the most consistent novice hurdler in horse racing.

He looks set to go chasing next year and the RSA Chase looks tailor-made for him. He ticks all the right boxes to go on and enjoy a successful career at the highest level of the sport. The future is bright, the future is Envoi Allen.

Champ traded at around 700/1 in-running before staying on powerfully to snatch victory in the RSA Chase. It was very cruel on connections of Minella Indo and Allaho but it just goes to show the incredible engine that Champ has.

Barry Geraghty stated afterwards that he fancied his chances after jumping the last but he is probably in the minority. It looked for all the world like Minella Indo had fended off Allaho before Champ’s late surge to claim a remarkable success.

The Cheltenham Gold Cup beckons for the JP McManus runner in 2021, though there are still obvious doubts over his jumping ability. However, if he improves that side of things then he will be a major contender for National Hunt racing’s blue riband event.

Without a shadow of a doubt, this was one of the most popular winners of the week. Min ended his Cheltenham Festival duck at the fourth time of asking to clinch the Ryanair Chase after a brave ride from Paul Townend.

Ridden more prominently than in the Champion Chase 12 months ago, Min was sent forward in a bid to put pressure on A Plus Tard and Frodon. On ratings, the Willie Mullins runner was the best horse in the race and boy, did he prove it.

He showed guts and determination to fend off his rivals, though Saint Calvados came close to spoiling the party late on. All being well, Min will be back for his fifth Festival appearance in 2021 and he will be primed to defend his crown.

We couldn’t get through a top five performances of the Festival without mentioning dual Cheltenham Gold Cup winner Al Boum Photo. Willie Mullins campaigned him in the same way as last year and it paid off with the same outcome – Gold Cup glory.

He was more impressive in his prep run at Tramore this time around and all signs pointed towards a big run but history was against him. We hadn’t seen back-to-back winners since the legendary Best Mate in 2004 and this was a top-class field.

Paul Townend gave Al Boum Photo a peach of a trip to fend off the likes of Lostintranslation and Santini in the closing stages to give Mullins his second win in the race. Can Al Boum Photo make it three in a row in 2021? Only time will tell…