Who are the fastest footballers in La Liga? We look at the 10 quickest players lighting up Spanish football right now 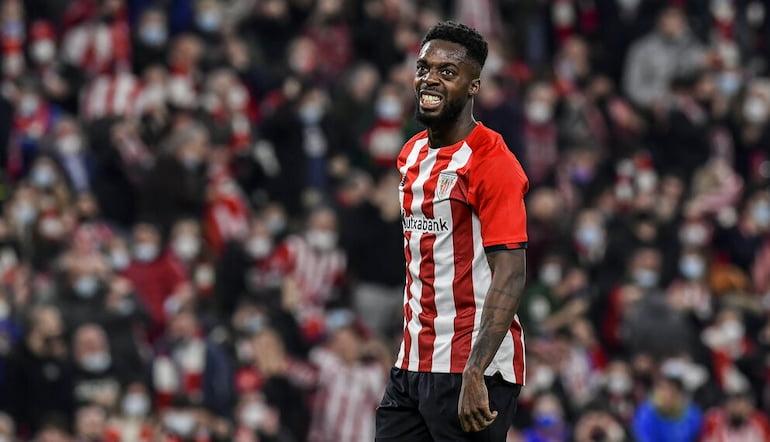 Who are the quickest players in Spanish football? @SteTudor123 casts his eye over these La Liga speedsters...

Awarded with a very respectable 90 for pace on FIFA, and an acceleration rating of 94, the lightning-quick Argentine breaks into our top ten on merit.

Bustling through the centre for Los Nervionenses – usually as an attacking midfielder, but sometimes as a second striker – Gomez’s assist stats may have dried up in Spain after previously breaking records for Atalanta, but he remains a potent and rapid threat.

Now a seasoned 34, can we expect him to drop off this list next year when age begins to have an inevitable impact?

Joint-eighth feels somewhat surprising for a winger who routinely whizzes down the Bernabeu left at a tremendous lick.

Still, a recorded best of 35.1 km/h will typically leave a full-back trailing and flailing and this we see often from the Brazilian speed demon since taking his game to a whole other level last season.

Seventeen goals and 13 assists in the league alone was a phenomenal return in 2021/22 for a player who had previously come attached with doubts, while his devastating partnership with Karim Benzema is just one reason why our La Liga odds have Real Madrid as hot favourites to win the title again.

It’s interesting to note that Dembele exactly ties with Vinicius in the speed stakes given that his wing-play is no longer so reliant on searing pace.

Since overcoming a string of serious injuries, the two-footed 25-year-old has exhibited a more complete skill-set, beating players via game-intelligence and clever movement, and the benefits of this were there for all to see last term with a resounding 13 assists for the Blaugrana.

In 2017, Dembele was the subject of one of the biggest La Liga transfers ever when Barca swooped for the eye-watering sum of €145m, taking the young prodigy from Dortmund, but a contract dispute temporarily leaves him a free agent.

Will the French star remain in Catalonia, or might the Premier League see close-at-hand this all-round talent with pace to burn?

A La Liga high of 35.2 km/h is testament to the Colombian left-back’s athleticism, not to mention it being a valuable asset should he ever lose possession or find himself out of position.

Mojica was one of Elche’s best and most consistent performers in 2021/22 and it frankly surprises that his career has never hit the heights.

A skilled full-back who can out-run a hare is a priceless commodity in the modern era.

Technically-speaking, the former Everton flop is not a La Liga player at present, as Getafe deliberate on whether to take up their option to buy after loaning the 26-year-old from Huesca for all of last season.

Just three goals in 29 appearances hardly constitutes a prolific return even if Sandro is adept at darting into the channels and holding up play, both of which are useful attributes for a struggling club like Getafe.

Regardless, he is far more likely to miss his chances in the top-flight next term than to ply his trade in the second tier.

In summary, there is little danger of the 26-year-old striker ever breaking into our La Liga greatest XI but he sure can peg it.

The towering forward reached double figures for the third time in his career last season and played an integral part in Sevilla briefly threatening to claim a far-fetched title.

Add into the mix a hat-trick for Spain during last year’s Olympics and it all amounts to a welcome career spike for a striker who seemed forever destined to flit from club to club on loan, never disappointing, but also never really establishing himself.

The Green-and-Whites enjoyed a memorable campaign in 2021/22, finishing fifth under Manuel Pellegrini, and their jet-heeled winger played his part, even if more times than not his contribution came from the bench.

After enduring long periods out on loan, Aitor is finally starting to include end product to his whirlwind escapades down the right and he is all the better player for it.

Llorente’s eye for a pass and exquisite first touch has added a great deal to Atleti’s midfield since moving across the city from Real back in 2019.

All the same, given his eruptive turn of foot it’s astounding that Diego Simeone so rarely deploys his versatile star wide on the right as he occasionally does. All the better to utilise a burst of pace that’s been known to nudge 35.4 km/h.

By his usual standards, last season was fairly unremarkable for the Spanish international and the same can certainly be said of his team too, with the title-holders relinquishing their crown far too easily.

Our La Liga predictions tip better fortunes for the Colchoneros in the months to come and no doubt that will apply also to Llorente.

The Portuguese right-back missed large chunks of last season through injury but what’s the betting he returns in 2022/23 as speedy and as industrious as ever?

Still to receive a full international cap, the former Sporting star tends to slip under the radar when plaudits are dished out and that feels unfair because when he’s in full flight Correia is a sight to behold.

A personal best of 35.6 km/h is fast enough to get the 23-year-old out of trouble defensively. When further advanced down the Mestalla right, it gets bums off seats.

The dribbling speedster can play anywhere across the front three but largely deployed centrally by Bilbao last term his explosive qualities again came to the fore, with Williams – not for the first time - finishing as the Lions’ top scorer.

Six assists thrown in for good measure further illustrate his worth.

His semi-ridiculous 35.7 km/h was taken way back in 2020 but anyone who has witnessed his lively showings this past year will know he’s still blink-and-you’ll-miss-him quick.

It’s not as if either, that injury has slowed down the Spaniard. Last April, Williams made headlines globally for breaking a La Liga record by playing in his 227th consecutive game.