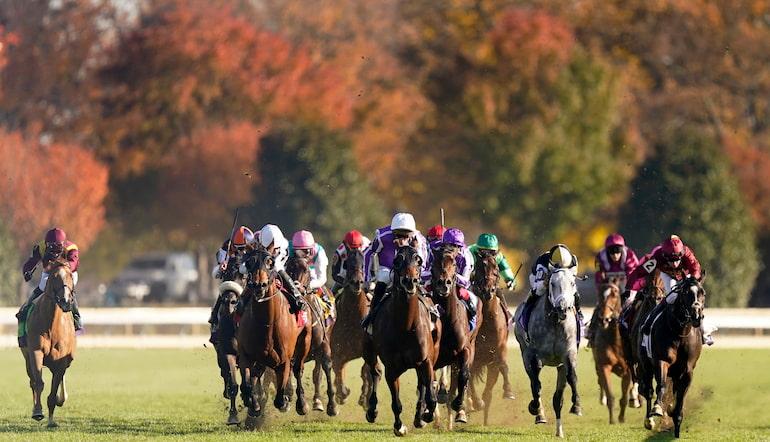 Gold Cup day is here and Cheltenham Day 4 tips will focus primarily on the feature race of the day. Horse racing betting odds on National Hunt’s blue riband race can be found well in advance of the Festival.

Who are you backing to win the Gold Cup? Al Boum Photo will be a popular choice in Day 4 Cheltenham tips this year – but who is our horse racing tips expert going for?

The new Mares Chase is bound to be some spectacle, with some of our jumps horses to follow in action – Cheltenham day 4 tips will be available on all races.

So what are you waiting for? Join us here at 888sport for FULL coverage of the Cheltenham Festival 2021. Best of luck with all of your bets!

The drying conditions are going against Fil Dor but Gordon Elliott’s other runner Pied Piper is certainly of interest.

He travelled over for the Grade 2 Triumph Trial in January and dominated the field and Jack Kennedy has been booked to ride.

Vauban is the current favourite and his performance at the Dublin Racing Festival suggests that he has improved considerably since finishing half a length behind Pied Piper on debut.

It would be unfair to suggest this is a two-horse race but they certainly set the standard and I’ll be siding with Pied Piper to come out on top once again.

The BHA handicapper will be pleased with himself after three days of racing as the playing field appears to have levelled after last year’s Irish domination.

Cormier is just 8lbs higher than he was when finishing second in the Swinton Hurdle at Haydock last May and the form of that race looks strong with Camprond in third.

State Man fits in the ‘could be anything’ bracket and may well be the one to beat but this Brian Ellison runner looks to be on the right side of the handicapper as well.

He won on the New Course earlier this year and has that crucial big field handicap experience that is so often needed to win at the Festival.

I think Ginto is one of the bets of the week in the Albert Bartlett. He looks like the type to relish a proper stamina test.

Hillcrest is an obvious danger but might want softer ground while Dublin Racing Festival winner Minella Cocooner could relish both the step up in trip and ground conditions.

But Ginto is my pick here and it’s a pretty strong one. Gordon Elliott could be in for a big day if everything goes to plan…

I backed Galvin for this race in October and I’m hoping that the Gordon Elliott runner can prove best of the bunch in the feature race of the week.

Galvin ticks all the right boxes for the race; he jumps well, he stays well and he has the turn of foot needed to win a staying chase on good ground.

Minella Indo won’t go down without a fight but he’d prefer some cut in the ground while stablemate A Plus Tard was very impressive on a decent surface at Haydock.

Gordon hasn’t had the best of weeks but Galvin can send the Elliott team back to Cullentra House with the biggest prize of all.

Could it be third time lucky for Billaway? Willie Mullins will be desperate to win this race for connections after finishing second in each of the last two years.

The cheekpieces seemed to have the desired effect and he can get the better of Bob and Co, Winged Leader and Dubai Quest in Friday’s big race for amateurs.

5/2
Billaway To Win or Each Way

Elimay can go one better than last year in the Mares Chase and Mark Walsh will be looking forward to getting back on the enthusiastic grey in this one.

Mount Ida beat Elimay earlier in the season but conditions could suit the Willie Mullins runner as she bids to reverse that form.

Concertista is relatively new to chasing and her low action over fences would worry me – though Vienna Court is a solid mare and can run into the places.

Two words: Langer. Dan. The BHA handicapper gave connections a gift when dropping him 3lbs for his return at Taunton recently and he will take some beating off 137.

Hollow Games brings genuine Grade 1 form to the table and Jordan Gainford’s handy claim sees him run off 140 – though Langer Dan could have more improvement in him.

His run behind Galopin Des Champs in this race last year looks solid, particularly after the Willie Mullins horse made Bob Olinger look very average indeed before his final fence fall on Thursday.

There will be an Irish lurker or two in the field but the Dan Skelton horse can get the better of his rivals in what should be an exciting race to end the meeting.