888sport's take on the greatest XI in Champions League history - do you agree with our picks? 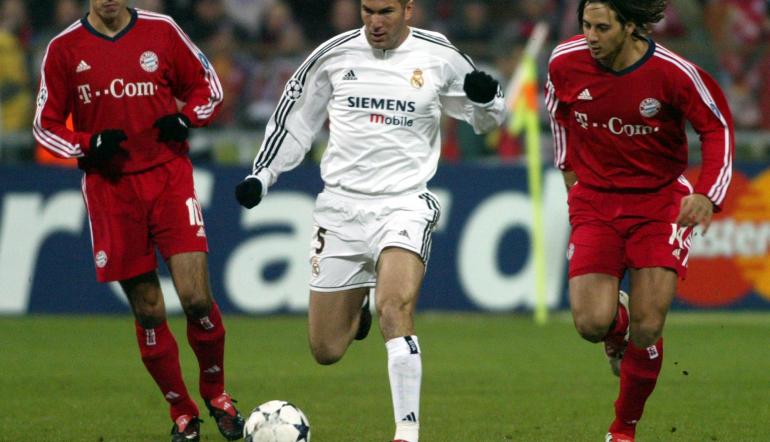 Picking an all-time Champions League XI is a challenging task. Evaluating players solely on European displays isn’t easy, and the balance between individual accolades and team success is a difficult one.

Stalwarts of teams that frequently topped the Champions League winner odds, such as the late noughties, early 2010s Barcelona, populate this team accompanied by others who featured for multiple Champions League contenders.

With 130 Champions League appearances to his name, but sadly no winners’ medal, Gianluigi Buffon pips Iker Casillas to top spot between the sticks.

Five times named in the UEFA Team of the Year and with four top 10 Ballon d’Or finishes, Buffon has a glittering individual CV despite a lack of team glory on Europe’s biggest stage.

Buffon has aged as well as any goalkeeper in the modern era, remaining one of the best shotstoppers in world football deep into his thirties.

Once a winner and twice a runner-up in the Champions League, Philipp Lahm regularly featured in the latter stages of the competition.

Lahm was one of the most consistent players in European football, and adapted his game throughout his career, including a move into midfield under Pep Guardiola.

Since the first UEFA Team of the Year in 2000/01, only six players have been named in the XI more often than the Bayern icon.

Paired with Paolo Maldini (more about him in a bit), Alessandro Nesta led Milan to a clean sheet against Juventus in the 2003 Champions League final.

At his peak, Nesta was the best central defender in the world – he was named in the UEFA Team of the Year in three straight seasons from 2002 to 2004 and achieved his fourth and final selection in 2007.

With two winners’ medals in his immense trophy cabinet, Nesta was a lock for this side.

Only Lionel Messi and Cristiano Ronaldo have been named in the UEFA Team of the Year more than Sergio Ramos. Controversial yet always entertaining, there’s no questioning Ramos’ pedigree and his ability to deliver in the biggest matches.

Ramos was as key as anyone in Real Madrid’s four Champions League triumphs in recent seasons. Emotional, sure, but he’s a player you want on your side when that famous anthem plays.

With an ice-cool defence around him, Ramos would be perfect for this side.

What a footballer. Paolo Maldini have a good enough CV to make it into an all-time European Cup side.

His career in the Champions League was up to standard to slot in here, too. His display at centre-back in that 2003 final against Juventus was absolutely majestic.

Maldini’s best known as a left-back, and while much of his Champions League displays came in the middle, he had to find a way into this team alongside Ramos and Nesta.

The youth of Ajax, the pressure of Real Madrid, and the star-crowded side of Milan presented their own challenges. A consummate professional, and a wonderful technician, Seedorf could fit into any side and play a number of roles in midfield.

In this side, he’ll be going box-to-box and hoping to contribute a few goals.

It was a matter of time until the modern Barcelona featured in this side.

Xavi is one of three in the XI, his place in this side – like with Barca – would be to dictate the tempo and slot in his opponents between the opposition lines.

He wasn’t the most physically gifted, neither strong nor quick. However, he was a wonderful footballer technically and read the game as well as anyone in the Champions League era.

Xavi’s midfield partner for club and country, Andres Iniesta was named in the UEFA Team of the Year on six occasions and lifted the trophy four times.

Iniesta was the more advanced of the two, a playmaker in the final third and a sublime dribbler.

Steven Gerrard was Iniesta’s main rival for the third central midfield spot in this side, but Iniesta’s haul of winners’ medals gave him the edge.

He might have only won the Champions League once, but Zinedine Zidane is the owner of the greatest goal in Champions League final history. His strike against Bayer Leverkusen will never be beaten.

Zidane was the best player in the world for several seasons, and his Champions League CV could have been a lot more impressive if Real Madrid had been more pragmatic with their team construction.

The link-up between Zidane, Iniesta and Lionel Messi would make for a pretty gorgeous attack.

The first name on this team sheet, you’ve got to be pretty good to be handed a free role in an all-time XI.

Even Lionel Messi’s greatest detractors will place him among the top five footballers ever, and many claim he’s the best to have played the beautiful game. One thing is for sure: Messi makes it more beautiful than most.

Barcelona aren’t the force they once were, but while Messi’s there, they’ll remain a football betting favourite in the Champions League.

The competition’s leading goalscorer, with five winners’ medals and second on the all-time appearances list. Cristiano Ronaldo has scored six Champions League hat-tricks since he turned 30. His records are extraordinary, his consistency almost unmatched.

Ronaldo played much of his career out on the wing, but he’s been a striker for the last few seasons and spent a lot of time centrally when he was younger anyway.

Ronaldo will be the number nine for this side, leading the line with plenty of supply for Zidane, Messi and Iniesta.