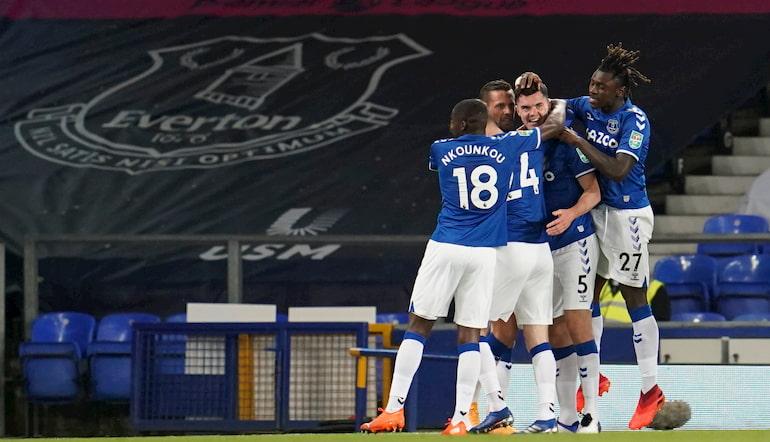 For two sides in Premier League betting contention for a top four spot, Manchester United and Arsenal have endured a rocky start to the year. They have a combined 16 points from 11 matches.

Arsenal have lost three of four matches. Those losses all came to teams who finished in the top five last season, but there is a concerning trend.

Mikel Arteta’s side are not creating chances at anywhere near the level they need to, and Pierre-Emerick Aubameyang has been a non-factor so far.

Ole Gunnar Solskjaer has his own issues with team balance. Paul Pogba has been benched, Donny Van De Beek can barely get on the pitch. Daniel James and Juan Mata have started their last two Premier League matches.

888 prediction: With United pushing for a win, this could be the match that sees Aubameyang come alive.

He scored in this fixture last season, and is a good football betting option at 29/20 to score anytime on Sunday.

Leeds’ football has remained box office, but their score lines have calmed down a little since starting the season with consecutive 4-3 results.

Marcelo Bielsa’s side have taken to the Premier League as well as anyone could have expected, and they sit just three points off the summit after hammering Aston Villa 3-0.

With all the crazy results proving a distraction, Leicester have quietly gone about their business. They bounced back from a blip to defeat Arsenal last Sunday. 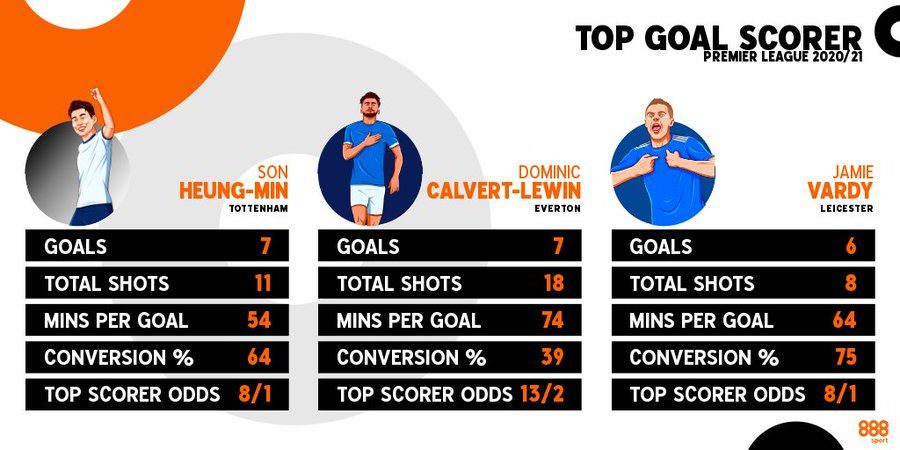 Both teams to score looks the obvious bet for these two sides, but at 4/7 it’s not worthwhile. It’s worth considering fatigue for Leicester, who are in Europa League action in midweek.

After dismantling Villa, though, Leeds to take all three points is our pick at 8/5.

While Pep Guardiola's side will be significantly improved in 2020/21, Liverpool are primed to go close in their bid to claim back-to-back Premier League titles.

Looking at the top four betting, Manchester United's spot could be in jeopardy after a low key summer transfer window.

Having won the FA Cup and Community Shield in recent months, confidence is high at ARSENAL (5/2) and the Gunners are one of our top 888 predictions to finish in the Champions League places this season.

Pierre-Emerick Aubameyang was unstoppable in 2019/20 but HARRY KANE (5/1) is the striker they all have to beat in the Golden Boot race.

The Tottenham Hotspur star missed most of last season through injury but could bounce back this campaign.

Jose Mourinho's side aren't the most consistent team in the league but Kane is always a fairly safe pick to get his name on the scoresheet.

PFA Player Of The Season 888 Prediction:

Bruno Fernandes was excellent for Manchester United since moving to the club in January but KEVIN DE BRUYNE (4/1) is on another level.

The Manchester City star is widely regarded as the best midfielder in world football and he is at the centre of the club's style of play.

Fernandes is a worthy second favourite but De Bruyne is rightfully clear of the chasing pack. This is his world, we're all just living in it.

LEEDS UNITED (12/25) are odds on to finish higher than West Bromwich Albion and Fulham this season.

Marcelo Bielsa's men secured their return to the Premier League in fine style, clinching automatic promotion a few games before the end of the campaign.

The Whites have been busy this summer, with Leeds United transfer news linking some of Europe's top prospects to Elland Road.

If you are a big football expert, then the chances are you’ll have placed a bet on Premier League football at some point.

The likes of Liverpool, Manchester United and Chelsea have been popular Premier League betting picks in our 888 prediction tips in recent times and could challenge for silverware in the 2020/21 campaign.

Here at 888sport, our team of expert football tips writers can help take your betting game to the next level!

We’re not just about Premier League though – our 888 sport prediction experts will give their top Champions League expert picks, European football tips and even Horse Racing tips and NFL betting picks throughout the season.

Without further ado, it is time to check out our Saturday Premier League football betting tips. You can find 888 tips and daily expert betting picks from our tipsters throughout the week!

*All of our 888 Experts picks and betting tips can be considered as a suggestion only.