888sport Look Back At The Fallen Giants Of European Football

Some of Europe's biggest clubs have struggled to maintain their status - 888sport look at the most famous falls from grace... 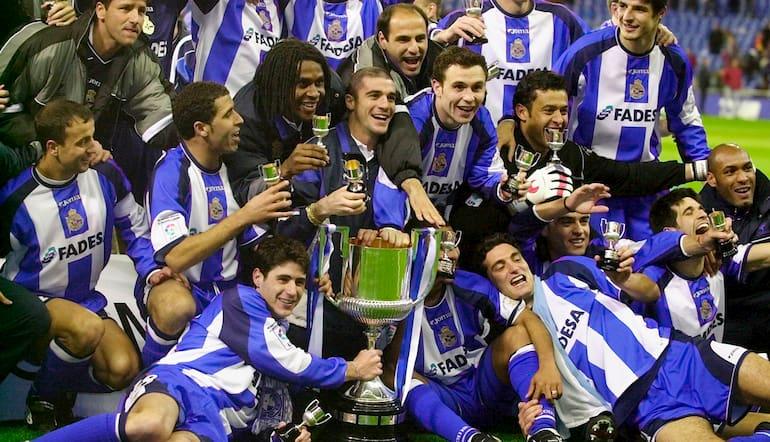 With the increasingly lucrative nature of European football, it takes some serious incompetence or impropriety to take a side from a title to relegation. Though, even the best football betting expert picks cannot predict a major blowout.

Even Manchester United's period of relative ineptitude since the departure of Alex Ferguson has yielded a worst-placed finish of seventh, which is not disastrous in the grand scheme of things.

There are sides that have genuine complaints about missing the glory days, sides who have plummeted through divisions after experiencing heady days of success.

These sides are proof that a proud history only goes so far in the present.

From European Titles To The Championship

This section should begin with the caveat that no team has a right to be in the top division. The Championship has been bookended by revolving doors in recent years, with Ipswich Town forever wedged somewhere in the middle.

The current assortment of sides in the Championship features some famous names. Leeds United, Nottingham Forest and Aston Villa boast glittering histories, but there hasn't been much sparkling on the pitch for these sides as of late.

There is no denying that the support Leeds have maintained since their relegation from the Premier League in 2004 is impressive, both in quantity and quality. Yet it hasn't helped them get back there.

Those fans have borne witness to League One, spending one week at the 40,000-capacity Elland Road and the next at Hartlepool's 8,000-capacity Victoria Park.

The commendable degree of support at Leeds only serves to emphasise the gross mismanagement of the club. 888 sport prediction picks haven't gone well when it comes to Leeds United in recent years.

A stadium raking in such revenue should have provided the basis for an immediate promotion from the third tier, yet the club remained stuck in League One for three seasons.

Administration in 2007 was the culmination of reckless leadership, while Massimo Cellino's reign of madness between 2014 and 2017 involved the hiring of Dave Hockaday, a manager who had just failed at fifth-tier Forest Green.

Clearly, Leeds have been dealt a bad hand in terms of owners. Karmic retribution may have come in the form of Marcelo Bielsa as manager.

Hiring the man who inspired Pep Guardiola is no small achievement for a second-tier club, and is an indictment of the romantic allure that Leeds still hold. Bielsa's idiosyncratic style has brought the good times back.

They're not yet good times on a par with reaching the European Cup final in 1975, but give Bielsa a bit of time. With Leeds second-favourites in 888 tips for the Championship at odds of 17/4, they are finally moving in the right direction.

Aston Villa and Nottingham Forest currently have less upward mobility. Villa fans were growing weary of Steve Bruce's tactics, which were the antithesis of Bielsa's, before his recent sacking.

Lettuce not be too happy, Steve Bruce did a salad job leeking points out of Villa.

It was an artichoke job that got him kicked to the herb. pic.twitter.com/6jnSoK5A2p

Forest have adopted the Wolves policy of signing Portuguese players, but none of those players are Ruben Neves. Out of the English clubs to have won any European competition, only four ply their trade outside of the top tier.

Villa and Forest have both won the European Cup, while Bobby Robson's legendary Ipswich Town side stormed to a UEFA Cup title. Leeds have won the Inter-Cities Fairs Cup, which sounds like something out of a Pro Evolution Soccer game.

Fans who have lived long enough to remember those triumphs will find life in the second tier all a bit unsettling, while younger fans will only know mediocrity.

These sleeping giants may well be among England's biggest clubs in certain respects, but don't let anyone tell you that they deserve to be in the Premier League just because they have a bigger ground than Bournemouth.

Leeds look set to finally end the argument about whether the Premier League is better off featuring the traditional big clubs; whether you agree with that sentiment or not, Bielsa's side currently look unstoppable on their promotion charge.

Serie A in 2018 feels like a revival tour arranged for fans who grew up watching Football Italia.

This year, they're playing all of the hits; Inter and AC Milan actually appear to be making a concerted effort to be good again, while the return of Parma will make the footballing romantics go all misty-eyed.

Parma's glory days align with those of Football Italia in a strange quirk. Football Italia lit up Channel 4 between 1992 and 2002, a timespan which saw Parma win eight trophies in a period of unprecedented success.

Leeds fans will sympathise with the plight of Parma, with the Italian club plunged into administration between 2004 and 2007.

The toll of financial worries eventually saw Parma relegated in 2008, but Francesco Guidolin (Swansea City fans may remember him) brought them straight back up.

The worst appeared to be behind Parma, but the real nightmare was waiting around the corner. Bankruptcy in 2015 saw Parma reborn in the fourth tier.

Yet, like a phoenix rising from the flames, consecutive promotions have brought Parma soaring back into Serie A. The club no longer bears the famous names that convinced so many casual fans to fall in love with them, but the name Parma still evokes romantic feelings.

On this day in 1995, Italy and Juventus legend Gianluigi Buffon made his professional debut for Parma at just 17 years old.

The 1999 side that won the UEFA Cup features some incredible names: Gigi Buffon, Fabio Cannavaro, Lilian Thuram and Hernan Crespo all used their time at Parma as a springboard to become world-class talents.

Parma's star names now are Bruno Alves and Gervinho. These are very different times for Parma, with only Frosinone longer odds in the market to finish in the Serie A top four. With a bit of luck, an 888 prediction for Parma to bounce back could bear fruition.

Parma fans and Football Italia fans won't mind. After a hellish few years, for this much-loved club to be playing top-flight football is a remarkable achievement.

Deportivo de La Coruna may not qualify as global footballing giants, but their transformation over the past two decades from disruptor of the traditional elite to the Spanish equivalent of West Bromwich Albion has been as disheartening as it sounds.

For a few months in Spain, the 21st century belonged to Deportivo as the Galician side claimed their first league title in the 1999/00 season.

That season saw Sevilla, Real Betis and Atletico Madrid relegated to the second tier, while it marked the first of five seasons without a league title for Barcelona. If anything, all of this serves as a reminder of just how long ago 2000 is.

With Roy Makaay and Diego Tristan finding their peak form en route to the title, the stage was set for Deportivo to dominate. Winning the 100th Copa del Rey final in 2002 denied Real Madrid's Galacticos the chance to claim a prestigious honour.

Two years later, they were still making a mark on the biggest of stages, as they stunned defending champions AC Milan by knocking them out of the Champions League.

That alone would be impressive, but the manner of victory was staggering. The legendary Milan side had won the first leg of the quarter-final 4-1 before Deportivo pulled a 4-0 second leg victory out of nowhere.

Albert Luque scored that day for the side who would lose to eventual winners Porto in the semi-final, the Portuguese side managed by a little-known Jose Mourinho.

At what point does Jose Mourinho become a 'specialist in failure'? pic.twitter.com/Pk8jEjudwS

For Deportivo and Luque, fortunes took a downturn in subsequent seasons. Deportivo transitioned to mid-table regulars before relegation in 2011, while Luque joined Newcastle.

Deportivo bounced back immediately from relegation, before undoing all their good work by instantly relegated again. Deportivo once again bounced back straight away. Three poor La Liga seasons were followed by relegation last year.

Deportivo are seeking to make an instant return to top-flight football this season, with the Spanish side fourth favourites at 8/1 to claim the La Liga 2 title. Even the most optimistic football betting tips fan would be hard pressed to back Deportivo right now.