Which World Championship final ranks as our favourite? Check out our top five darts showpiece matches below… 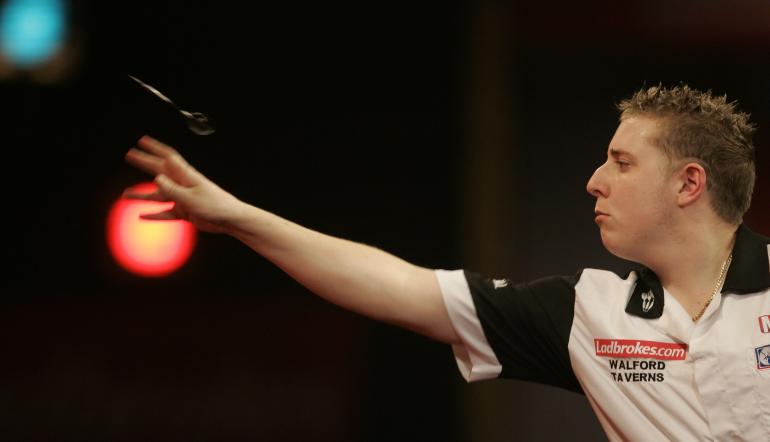 The PDC World Championship is the pinnacle of darts. Becoming world champion is the greatest achievement in the sport and this is the competition that everybody wants to win.

Unfortunately, only a select few have been able to lift the PDC World Championship trophy over the years, with Phil Taylor winning the competition a record 14 times since 1994.

It will come as no surprise to see Taylor feature regularly in our list of the best PDC World Championship finals. Scroll down to check out our top five ahead of the 2020 event…

Taylor was dominant from start to finish against Part, securing a 7-0 whitewash success on the big stage. It was Taylor’s second ‘win to nil’ in a PDC World Championship final but it was the manner of his performance that raised eyebrows across the globe.

The Englishman set a new record for the highest average in a World Championship final, ending with 107.46. That figure stood for a grand total of 16 years before Michael van Gerwen produced one of our favourite moments at the PDC World Championship.

Arguably the greatest darts match of all-time, Van Barneveld and Taylor put on a show for the fans in attendance. Trailing 3-0 early on in the contest, Barney defied the odds to secure a shock victory in a real sporting underdog story.

It was Taylor’s 14th PDC World Championship final in a row but Van Barneveld stole the show with an immense performance. The Dutchman left the Circus Tavern as a fan favourite and he has been adored ever since – right up to his retirement at the end of 2019.

Part claimed his second World Championship title in commanding fashion despite averaging less than 93.00. The Canadian was in control from start to finish after Shepherd crumbled on the Alexandra Palace stage, though he had already exceeded all expectations.

Shepherd had to go through qualifying to feature at the 2008 PDC World Championship so nobody expected him to advance to the final. His impact showed pub players that anything is possible with hard work and dedication – imagine the scenes if he had won…

Van Gerwen and Anderson did battle in a breath-taking final in 2017, with 180s aplenty for both players. Though the scoreboard makes the match look rather one-sided, Anderson deserved plenty of credit for a solid effort and he could’ve won with a bit of luck.

To this day, Van Gerwen’s 107.79 average remains the highest recorded in a PDC World Championship final. The Dutchman is the best player in the world and is unstoppable at his brilliant best – 2020 could be another dominant year for Van Gerwen.

Cross burst onto the scene after a famous 2017 campaign but nobody expected Voltage to reach the PDC World Championship final. After a bizarre journey through the tournament, Cross found himself up against Taylor in the showpiece but made light work of his rival.

Taylor is widely recognised as the greatest darts player of all-time but even his most ardent fans will admit that Cross deserved to win. The 16-time world champion bowed out having reached his 19th PDC World Championship final and he will go down in history as a fantastic ambassador for the sport.