The Derby at Epsom Downs is one of the biggest races of the year. Find out the best Epsom Derby betting trends here! 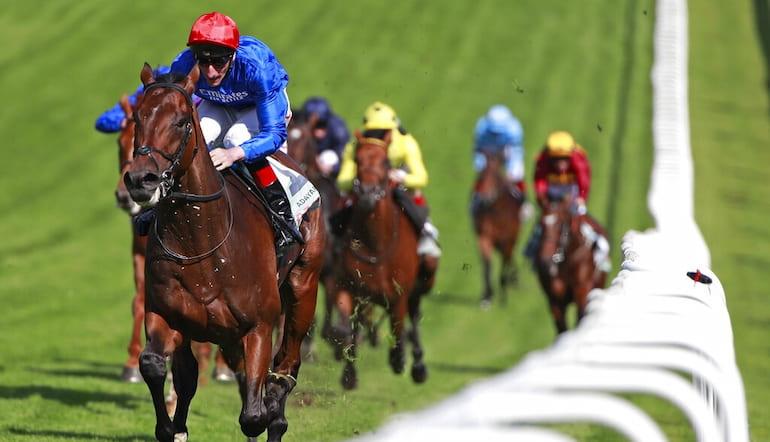 By Steve Mullington
May 11 2022
Horse Racing, Epsom Derby and Oaks

There were just nine runners and Sir Charles Bunbury owned the first winner – Diomed, sent off the 6-4 favourite. The Derby distance was extended to a mile and a half from 1784.

After its first 50 years (1780-1829), the Derby became firmly established as the premier event in the racing year.

The fascination of Derby Day itself attracted the aristocracy and the working man alike, both rubbing shoulders for the day and both in pursuit of a good day out.

The dramatic events of the 1913 Derby produced the most talked about chapter of the Derby’s history.

Emily Davison – a protesting suffragette brought down the King’s horse by running onto the course at Tattenham Corner.

Her death certificate read a “fracture of the base of the skull caused by being accidentally knocked down by a horse through wilfully rushing onto the racecourse at Epsom Downs”.

Of course the Derby horses have always been the stars of the show. Many name Sea Bird as one of the best Derby winners of the 20th century.

He won the 1965 renewal with complete authority and backed up his lofty status with victory in the Prix de l’Arc de Triomphe. Other greats from that era include Nijinsky and Mill Reef.

Skip forward to the 21st century and horses such as Galileo and Sea The Stars need no introduction, and to this day their offspring still continue to figure in the Derby and the Classics.

The top three quickest run Derby’s over the last 20 years:

The leading trainer in the Derby over the last 20 years is Aidan O’Brien who has saddled the winner an amazing 7 times.

One trainer on the Derby cold list is Saeed bin Suroor, who has entered 13 runners in the race over the years to no avail.

Two jockeys lead the Derby stats over the last 20 renewals with both Frankie Dettori and Ryan Moore having won the Classic a couple of times each.

Jamie Spencer has had a total of 13 rides in the race without recording any wins. He has been the jockey to swerve for punters betting on horse races online.

The following races generally have a major bearing on the Derby each season:

Looking back at the starting prices over the last 20 years, one of the biggest shock winners of the Derby was Wings Of Eagles in 2017 for Aidan O'Brien who obliged at odds of 40/1.

Horses at the head of the betting market over the last 20 renewals have brought about just six winning favourites.